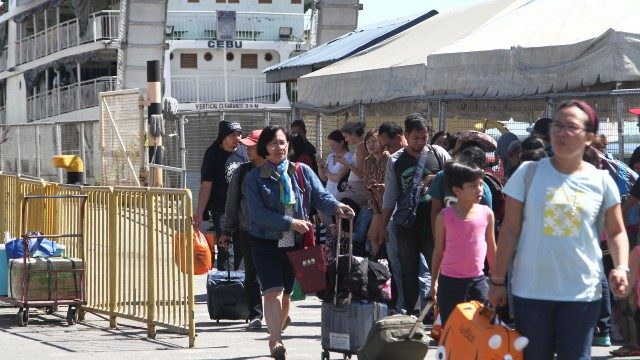 Facebook Twitter Copy URL
Copied
(UPDATED) Over 2,600 passengers across the region are stranded due to the suspension of sea travel

CEBU CITY, Philippines (UPDATED) – The Philippine Coast Guard has suspended sea travel in all areas under Signal No. 1 on Monday, December 23.

The suspension comes a day before Christmas eve, when many who work and go to school in Cebu City, the economic center of the region, will head home for the Christmas break.

According to the PCG, over 2,600 passengers across the region are stranded due to the suspension of sea travel.

The areas under Signal No 1 include:

Meanwhile, Fastcat said in a Facebook post that, in addition to voyages under areas covered by the coast guard’s advisory, the Toledo, Cebu, to San Carlos, Negros Occidental trips have also been cancelled. – Rappler.com