PH condemns killing of yet another Filipina domestic worker in Kuwait 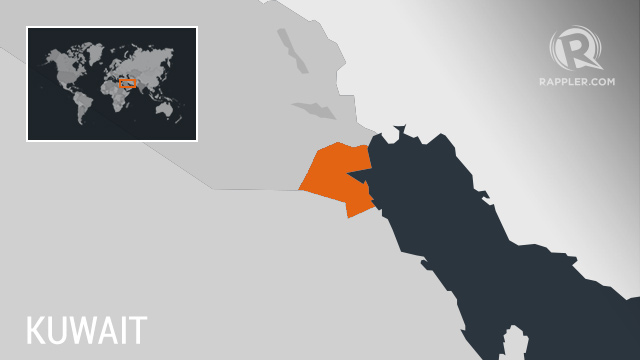 MANILA, Philippines (3rd UPDATE) – The government “strongly condemned” the killing of yet another Filipina domestic worker in Kuwait, purportedly at the hands of her employer’s wife.

“The continuing incidents of violence and abuse of Filipino domestic workers in Kuwait violates the spirit of the agreement signed in May 2018 that seeks to promote and protect their welfare,” the Department of Foreign Affairs (DFA) said in a statement late on Monday, December 30.

The DFA did not disclose the name of the victim or any details of the incident on Monday, but the Department of Labor and Employment (DOLE), in a statement on Tuesday, December 31, identified the victim as Jeanelyn Padernal Villavende.

“The case is a clear violation of the agreement signed by both Kuwait and the Philippines in 2018 that seeks to uphold and promote the protection of the rights and welfare of our workers in the Gulf state,” DOLE said.

The DFA said the Philippine Embassy in Kuwait is “coordinating closely” with local authorities to seek justice for Villavende.

The DFA said it summoned the Kuwaiti Ambassador in Manila “to express the government’s outrage over the seeming lack of protection” of Filipino domestic workers in the Middle Eastern country, and “to press for complete transparency in the investigation of the case and to call for the swift prosecution of the perpetrators to the fullest extent of the law.”

DOLE said the Overseas Workers Welfare Administration will provide burial and livelihood assistance, and scholarships to the family members of Villavende.

In a statement on Wednesday, January 1, Malacañang said that Villavende’s female employer is now currently at the custody of Kuwaiti authorities.

At least two other Filipina domestic workers died in Kuwait over the last two years.

In February 2018, Joanna Demafelis’ body was found in a freezer in her employers’ abandoned apartment in Kuwait City. Investigators found she had been dead for two years.

Demafelis’ case triggered a diplomatic crisis between the Philippines and Kuwait, where more than 240,000 Filipinos hold jobs, more than half of them female domestic workers.

Tense negotiations between the two governments ended in an agreement to prohibit employers from confiscating Filipino workers’ passports and other documents, allow the workers to use cellular phones, and to require their consent before being transferred to other employers.

Demafelis’ employers were sentenced to death for her murder in September 2019.

In May 2019, Constancia Lago Dayag was declared dead in a hospital in Kuwait after apparently being beaten and sexually abused by her employer.

Days later, that employer was charged with Dayag’s murder. The case has yet to be resolved. – Rappler.com