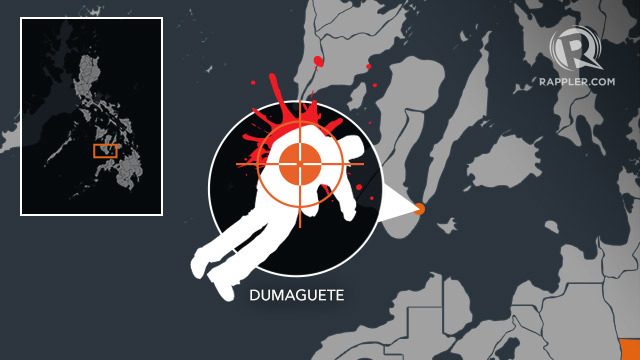 According to a police spot report, Moncada was leaving his house when he saw the two suspects waiting for him outside the gate.

The laywer immediately ran back inside upon seeing the men, but they managed to shoot at Moncada and hit him.

Dumaguete City police immediately responded to the incident and rushed Moncada to the hospital where he underwent surgery.

The Integrated Bar of the Philippines (IBP) condemned the attack and called for the swift resolution of teje case.

“Attacks on lawyers and violence in general mock our justice system. They erode faith and confidence in the rule of law and in our govetnment. It is for this greater reason that as IBP commends and thanks any prompt response and investigation by law enforcers, we strongly condemn the shooting of Atty Moncada and seek the quick identification of his assailants, their resolute prosecution, the timely resolution of the criminal case, and full punishment for the evil-doers,” the IBP said.

“Certain and swift accountability is the best deterrence to criminality,” it added.

The IBP said it was “ready to extend assistance to Atty Moncada and his family and to all those who want justice to be done.”

Police were still investigating the motive for the attack on the lawyer, the first recorded  attack on a member of the legal profession in Negros this year.

Negros Island witnessed a spate of killings in 2019. At least 21 people – 17 civilians and 4 policemen – were killed following a string of shooting incidents in Negros Island in just 10 days, from July 18 to July 28, 2019. (TIMELINE: Killings in Negros)