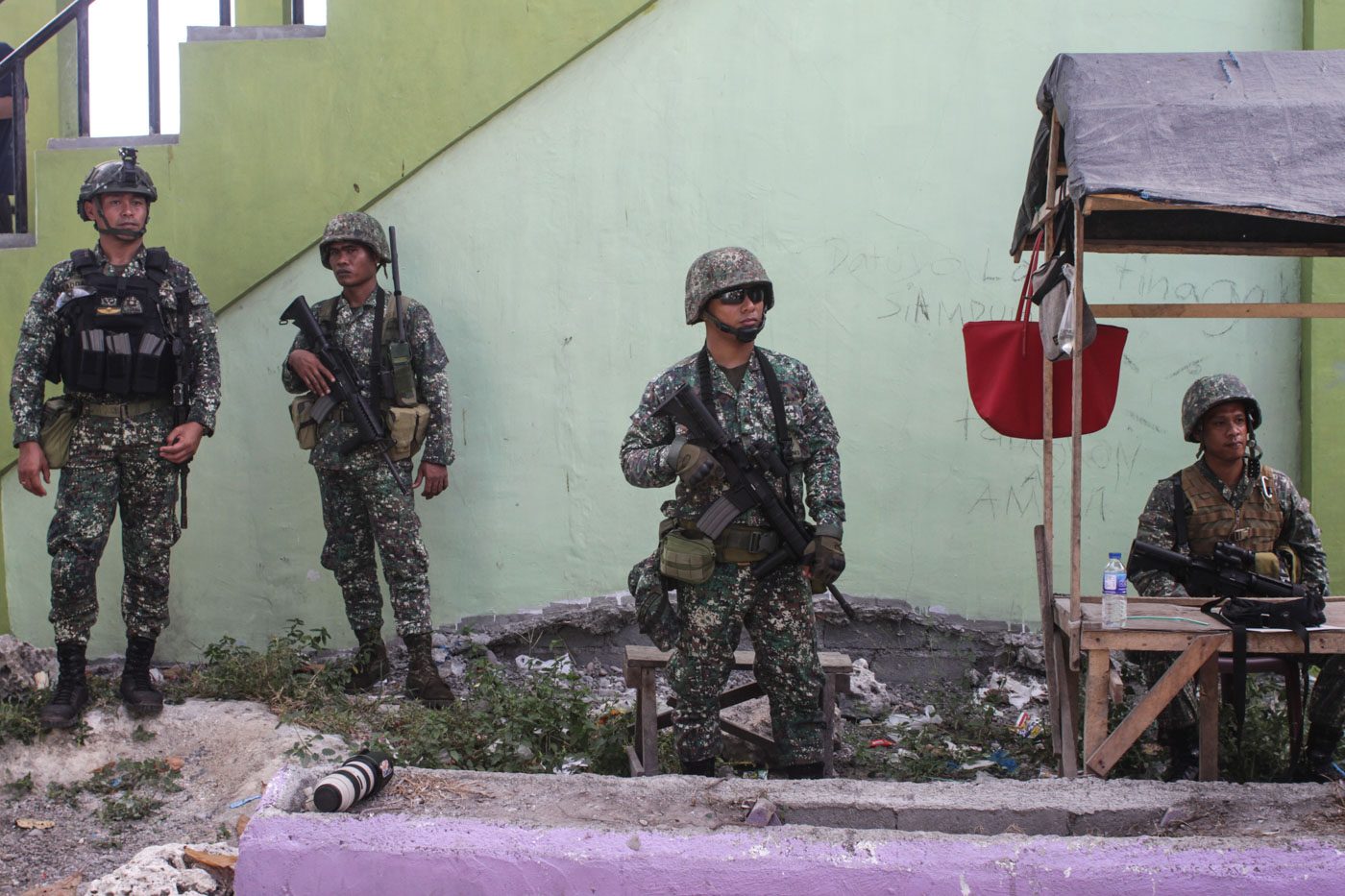 MANILA, Philippines – The military has “intensified” intelligence gathering on local groups that might launch attacks in retaliation for the killing of a top Iranian military commander in a US air strike, Armed Forces of the Philippines (AFP) chief of staff Lieutenant General Felimon Santos Jr told reporters on Monday, January 6.

“Siyempre, we are looking at the possible targets ng Iranians in other countries and in our country. Ano ba ang mga probable na puwede nilang gawin just to retaliate?” Santos told reporters in a briefing at Camp Aguinaldo in Quezon City.

(Of course, we are looking at the possible targets of Iranians in other countries and in our country. What are the probable things they could possibly do just to retaliate?)

“We are always on the alert, especially in our intelligence gathering,” added Santos, who was once the AFP’s intelligence chief.

The military is also on the lookout for threats to embassies of Iran and the US as well as their citizens in the Philippines.

No threat has been detected so far, and no local group is known to be affiliated with Iran, Santos said.

On Monday, the Philippine National Police also said it was profiling possible sympathizers of the slain Iranian general.

The Iranian state observes the Shia branch of Islam, which is rarely practiced in the Philippines. This makes ideological ties between Iran and local groups unlikely, the military chief added.

On Friday, January 3, the US launched an air strike on an airport in Baghdad, Iraq, that targeted Major General Qasem Soleimani, commander of the Iranian Revolutionary Guard’s external Quds Force. Soleimani’s killing sparked outrage in Iran, which threatened to retaliate against the US.

US President Donald Trump, who ordered the attack, shot back with yet another set of threats of attacks on Iran itself. The international community is concerned that the escalating tensions might plunge the Middle East – and beyond – into war.

Defense Secretary Delfin Lorenzana earlier said the Philippines’ Mutual Defense Treaty only covers the Asia-Pacific region, and could not be invoked to involve Filipino troops should fighting erupt between the US and Iran.

Santos said Philippine defense attachés in different countries in the Middle East are monitoring the situation to see whether a mass evacuation of thousands of Filipinos would be needed.

On Sunday, January 5, President Rodrigo Duterte ordered the AFP to be ready to deploy assets – aircraft and vessels – to bring Filipinos home in case the security situation in the Middle East worsens.