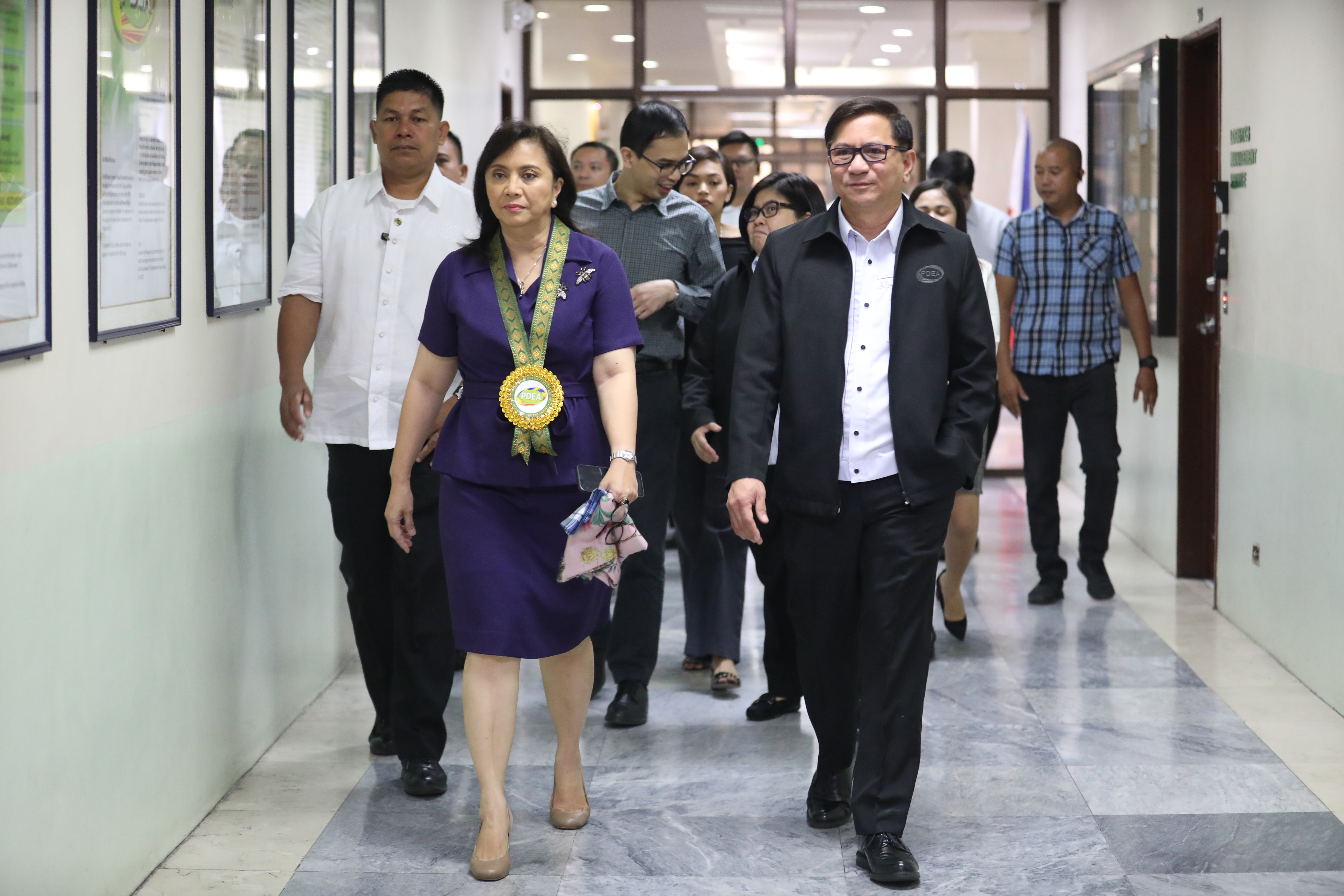 Robredo made the recommendation on Monday, January 6, after her brief stint at the Inter-Agency Committee on Anti-Illegal Drugs (ICAD), which she co-chaired for 18 days with PDEA Director General Aaron Aquino in late 2019. (READ: ‘1 over 100′: Robredo calls Duterte’s drug war a ‘failure’)

(I am recommendating the chairmanship of the ICAD to be transferred to the Dangerous Drugs Board. The DDB is better equipped to plan an overall program wherein all members of ICAD can contribute.)

“Kung sila ang pinuno ng ICAD, magiging mas balanse ang kampanya at lahat ng aspeto ay matutugunan,” she added. (If they lead the ICAD, the campaign would be more balanced and all aspects would be addressed.)

DDB is primarily mandated to formulate and develop a comprehensive national drug use prevention and control strategy in the country, while PDEA is focused more on the law enforcement side of the anti-drug campaign.

But when President Rodrigo Duterte created the ICAD in 2017, he gave the chairmanship to PDEA to lead the “effective conduct of anti-illegal drug operations and arrest of high-value drug personalities downn to the street-level peddlers and users.”

The Vice President, however, disagrees.

(PDEA is for law enforcement. Perhaps that’s one of the failures of the ICAD, that the chairmanshp was given to PDEA… If it were the DDB, we think the perspective would be wider and the planning of the program would be more strategic.)

On Monday, the Vice President finally released findings and recommendations on the drug war as ex-ICAD co-chair after deferring the announcement twice in 2019.

The Vice President was barely getting started in her vague and highly politicized post when Duterte fired her on November 24, 2019.

Robredo then slammed Aquino for being two-faced, saying he would often tell her one thing during their private ICAD meetings then say the opposite when facing the media. – Rappler.com