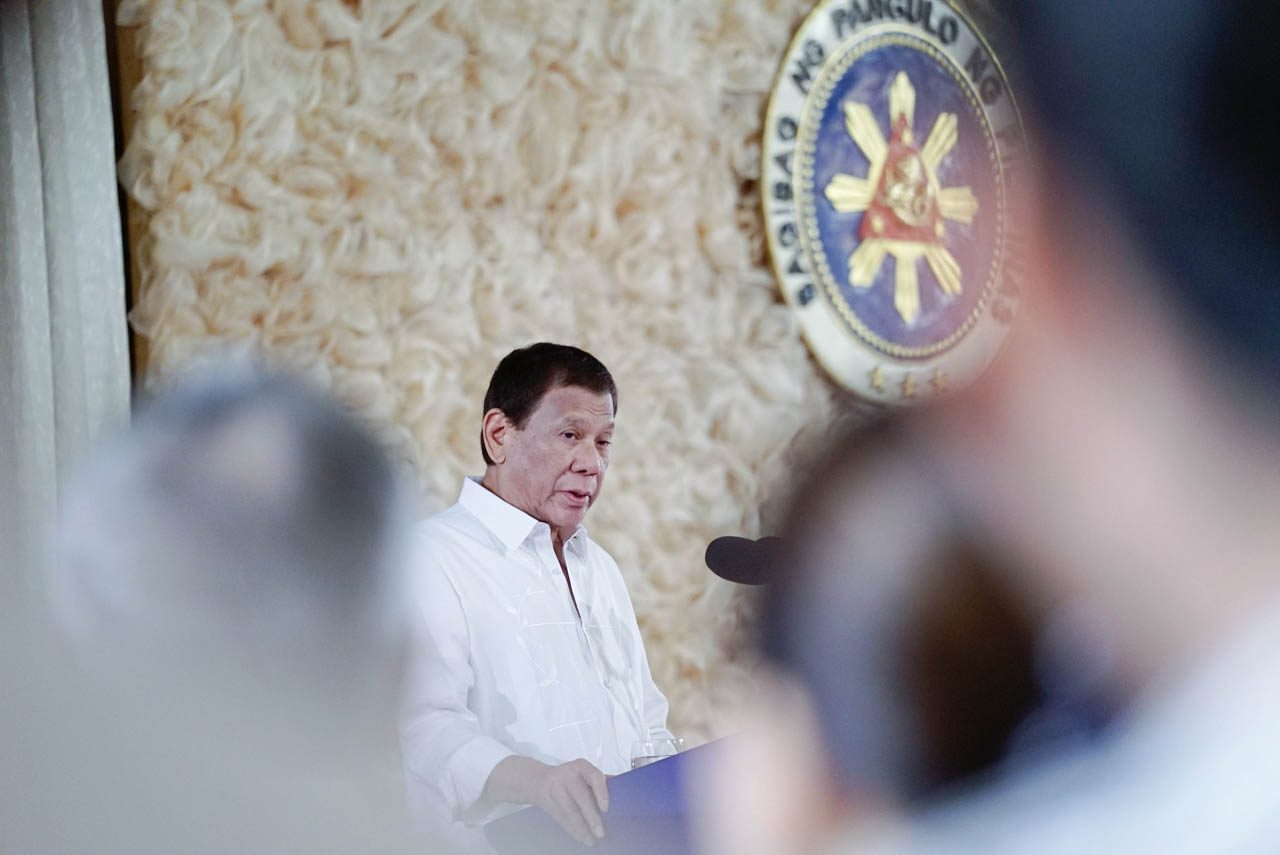 MANILA, Philippines (3rd UPDATE)  – President Rodrigo Duterte has ordered the creation of a special working committee to craft a plan for the evacuation of Filipinos in the Middle East should tensions escalate in the region after the killing of Iranian commander Major General Qasem Soleimani.

“(President Duterte) likewise directed the appropriate government instrumentalities to prepare for contingencies that will absorb displaced workers to government projects so as to prevent the economic dislocation of their families upon their return,” Panelo said in a statement on Tuesday, recalling Duterte’s directive given at the Cabinet meeting on Monday, January 6.

Duterte is also sending Environment Secretary Roy Cimatu to immediately fly to the Middle East to talk to officials of countries hosting Filipino workers in preparation for a possible mass evacation.

Panelo said Cimatu was sent as he was Duterte’s special envoy to the Middle East before assuming his appointment at the Department of Environment and Natural Resources. He was also special envoy to that region during the administration of Gloria Macapagal Arroyo.

Along with Cimatu, Presidential Adviser on Overseas Filipino Workers Abdullah Mamao was ordered to fly to Iran and Iraq on Tuesday to relay to its governments, the President’s “urgent desire that no Filipinos be harmed in the course of the ongoing conflicts,” said Panelo.

Locsin said the Department of Foreign Affairs has deployed a rapid response team to the region to assist in evacuation preparations.

Why evacuate? Soleimani, one of the most powerful military figures in the Middle East, was killed in a United States drone strike at the Baghdad International Airport in Iraq on January 3. The dramatic escalation of tensions between the US and Iran and has sparked fears of all-out conflict, with President Donald Trump warning of “major retaliation” if Iran makes good on its threat to take “severe revenge.“

The possibility of deadly conflict was enough for Duterte to order the Philippine military to be ready to evacuate all Filipinos from the region if necessary, and to “suggest” to Congress a billion-peso “standby fund” to carry out a large-scale evacuation.

“The Chief Executive articulated before the members of his official family during their 45th Cabinet meeting last night, January 6, his fear for the imminent danger that our countrymen face arising from the escalating conflict between the United States and Iran,” Panelo said.

“He stressed that it is the paramount duty of the government to give protection to the Filipinos whenever their lives are in peril and wherever they are,” he added.

Over the weekend, labor group Trade Union Congress of the Philippines urged the government to prepare an “early escape plan” for the estimated 1.2 million Filipino workers in the Middle East to keep them safe should the conflict escalate in the region.  – Rappler.com