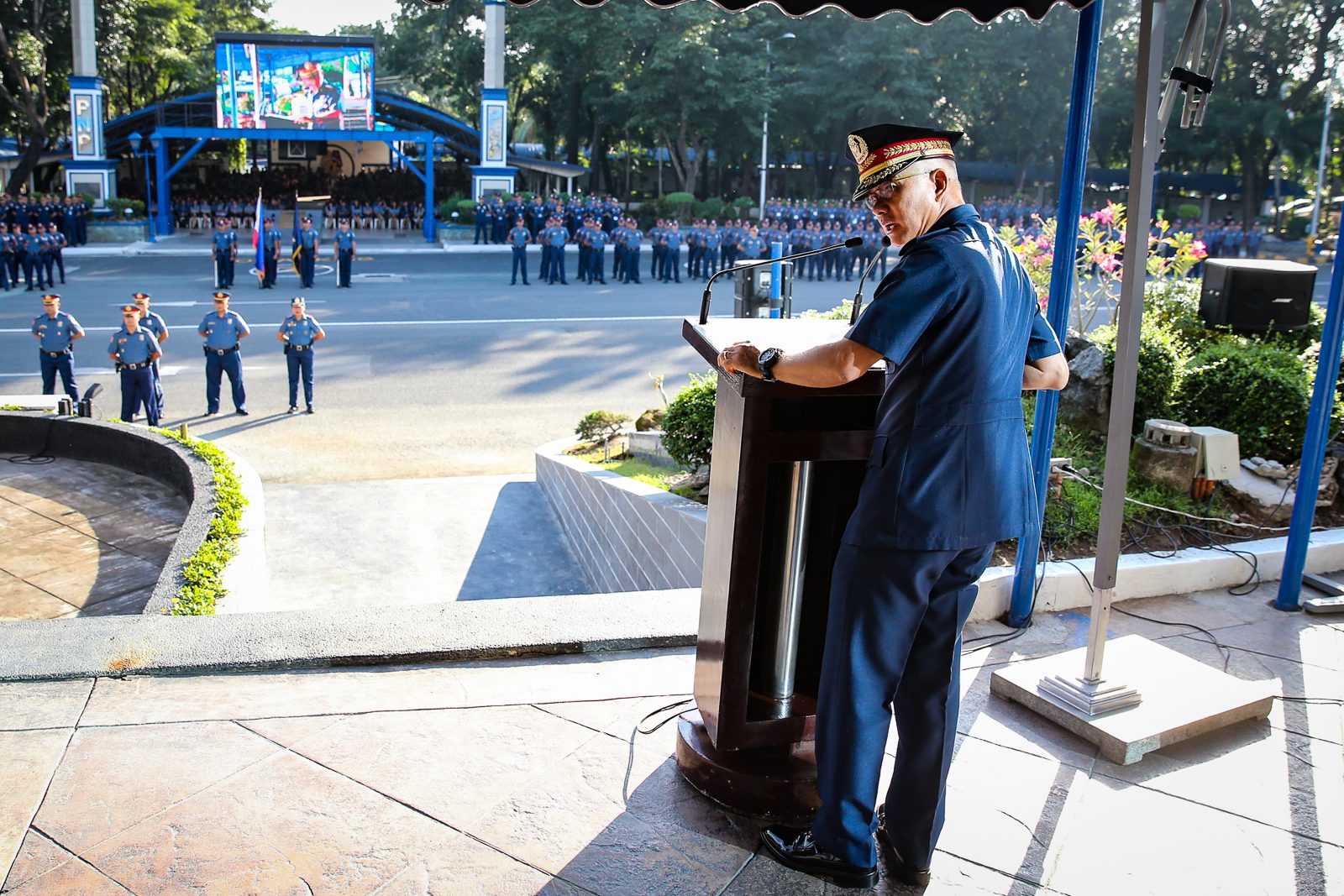 MANILA, Philippines – A big majority of Filipinos, 78%, believe the Philippine National Police (PNP) has “ninja cops” or cops who sell drugs they seize in operations.

In survey results released on Tuesday, January 7, the Social Weather Stations (SWS) said it asked 1,200 Filipinos across the country, “Do you believe or not believe the accusation that there are ‘ninja cops’ or police who allegedly sell illegal drugs that they confiscate during their operations?”

The survey was conducted from December 13 to 16 last year, around two months past the height of the “ninja cops” controversy, which led to the resignation of former PNP chief Oscar Albayalde.

The breakdown. The SWS found that:

How rampant are they? Among those who believe the existence of “ninja cops,” the SWS asked, “In your opinion, how many among members of the police force are ‘ninja cops’?”

The remaining 1% did not give an answer.

Albayalde the protector? The “ninja cops” issue drew public attention once more when Albayalde was grilled in the September 2019 Senate hearings. Former police generals accused him of coddling “ninja cops” when he was Pampanga police chief in 2013 up to before he resigned as PNP chief in 2019.

The SWS asked survey respondents whether they believed that Albayalde was a “protector,” and found that 50% believe and 13% do not believe, broken down as:

More than a third, 37%, said they were undecided.

Who believes the most? Many Filipinos across the regions believe in the infiltration of “ninja cops,” but Metro Manila stood out as the region with the highest net belief score, with 83% saying that they believe in ninja cops. The rest: