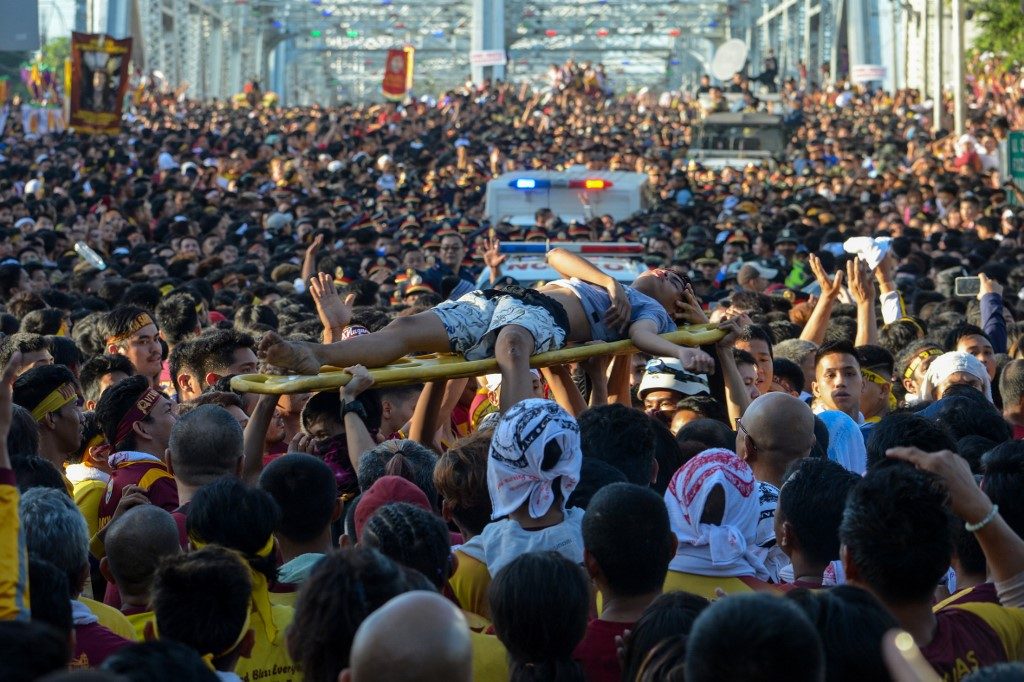 MANILA, Philippines – At least 251 people were injured in the procession of the image of the Black Nazarene as of 6 pm on Thursday, January 9, according to the Manila Public Information office.

An estimated 3.3 million Catholic devotees joined the 2020 Traslacion, which lasted for 16 hours.

The statue left the Quirino Grandstand at the Luneta at 4:13 am and returned to Quiapo church at 8:49 pm Thursday. This was the fastest procession since 2016 as it had taken a new route.

However, the changes implemented this year deprived Catholic devotees of their tradition to get near the image of the Black Nazarene as police blocked the icon’s carriage.

Meanwhile, in a Facebook post, the Philippine Red Cross said its medical team and volunteers assisted 1,051 individuals, 679 of whom were given blood pressure consultation. The team provided first aid to 291 patients, who suffered from dizziness, shortness of breath, elevated blood pressure, abrasion, laceration, and sprain.

The organization also reported that their team treated 26 patients on-site who suffered from minor injuries, while 14 patients were transported to the Ospital ng Maynila and the Jose Reyes Memorial Medical Center due to hypertension, fracture, dislocation, fainting, and loss of consciousness. – Rappler.com