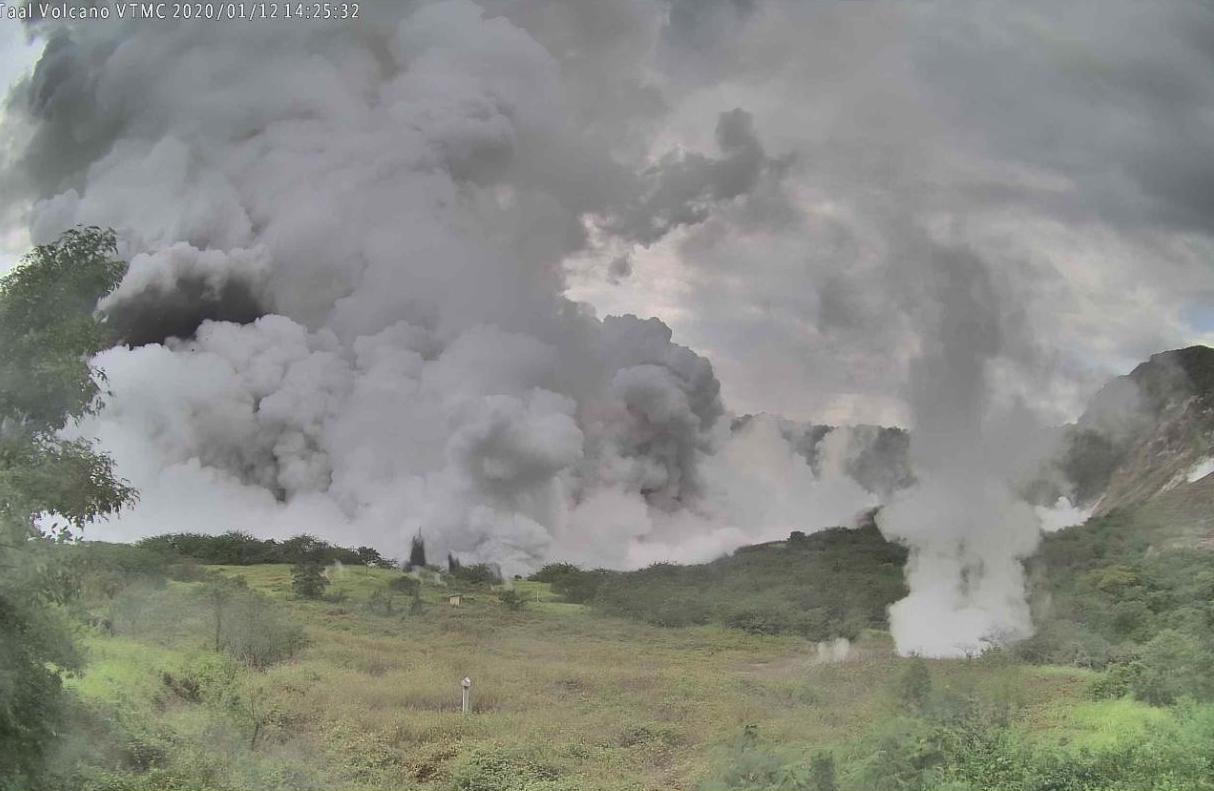 MANILA, Philippines (4th UPDATE) – State volcanologists raised Alert Level 4 for the Taal Volcano in Batangas on Sunday evening, January 12, warning that a “hazardous” eruption may occur “within hours to days.”

In a bulletin issued 7:30 pm on Sunday, the Philippine Institute of Volcanology and Seismology (Phivolcs) said Alert Level 4 means a “hazardous” eruption is “imminent.”

The agency released an update at 3:20 am on Monday, January 13, saying that ashfall was reported in parts of Batangas, Laguna, Cavite, Bulacan, Rizal, and Metro Manila.

“Larger particles called lapilli measuring 2 to 64 millimeters in diameter have reportedly fallen” in Tanauan and Talisay in Batangas; Tagaytay City; and Santa Rosa, Laguna, as well.

Phivolcs advised the public to use N95 face masks or wet cloths to protect their mouths and noses.

“Fine ashfall can cause irritation and breathing problems especially among the elderly and children and it is particularly dangerous to our health. In addition, areas of ashfall have also experienced sulfurous smell which can also cause irritation,” the agency said.

“Motorists are advised to drive with extreme caution as wet ash can cause poor visibility and, when wet, can make roads slippery,” added Phivolcs.

As of 12:49 am on Monday, there have been 52 volcanic earthquakes recorded.

Phivolcs said 26 of these earthquakes were felt with intensities ranging from Intensity II to V in Tagaytay City; Cabuyao City, Laguna; and Talisay, Alitagtag, Lemery, and Bauan in Batangas.

“Such intense seismic activity probably signifies continuous magma intrusion beneath the Taal edifice, which may lead to further eruptive activity,” the agency warned.

This was due to a phreatic explosion, or a steam-driven episode that occurs when water beneath the ground or on the surface is heated by magma, lava, hot rocks, or new volcanic deposits.

This was followed by Alert Level 3 at 4 pm, which means magmatic unrest. The ash column then had reached one kilometer high.

In its 3:20 am update on Monday, Phivolcs emphasized the need for “total evacuation of the volcano island and high-risk areas within the 14-kilometer radius from the Taal main crater.”

Thousands of residents from towns near the volcano started to evacuate on Sunday afternoon.