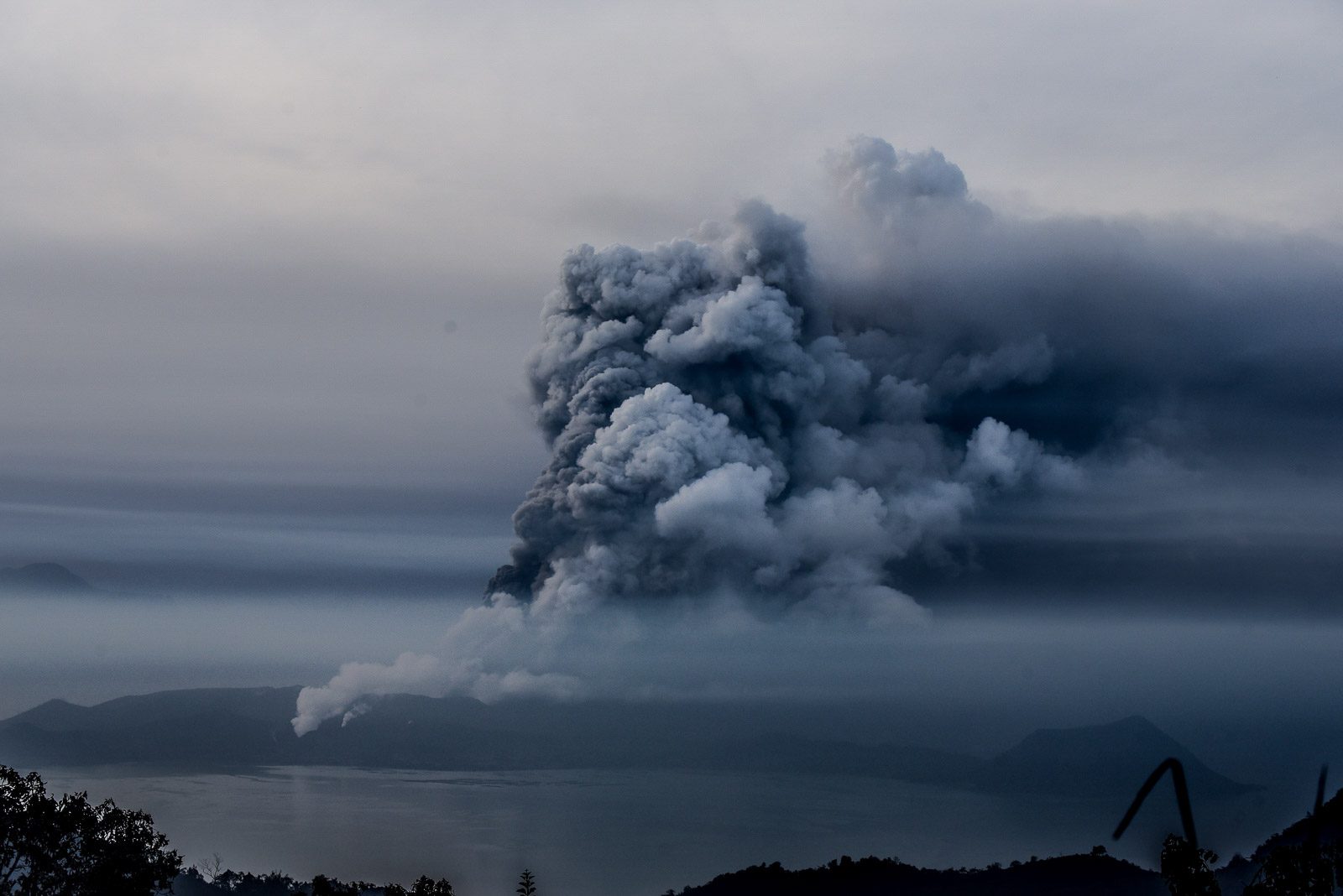 MANILA, Philippines (UPDATED) – At least 3 evacuees in Batangas have died due to cardiac arrest, the police and military said on Wednesday, January 15.

Bauan police first identified a certain Antonio Baleros, who was evacuated with his family to the Bauan Tech High School from his home in Taal, Batangas, following the Taal Volcano eruption which began on Sunday, January 12.

The police report said Baleros died of cardiac arrest at around 9 pm on Monday, January 13.

“According to Mrs Elvira Baleros, wife of Antonio, after dinner, she observed that her husband was coughing and sneezing. A moment later when she returned to the room, she saw her husband lying on the floor, unconscious,” the report said.

Baleros was rushed to the Bauan Doctors Hospital, where he was declared dead on arrival. Cardiac arrest was listed as the cause of death. (READ: 1 dead, 3 hurt in Laguna road crash amid Taal Volcano ashfall)

Two more evacuees also died due to cardiac arrest, according to the military.

It is unclear whether their deaths are related to the volcano’s ashfall or were solely because of preexisting medical conditions.

Batangas police chief Colonel Edwin Quilates said they have yet to include Baleros in their official casualty count for the Taal Volcano eruption. He said Baleros had a preexisting medical condition, but police have yet to confirm what it was. Rappler sought comment from the Bauan Doctors Hospital, but there was no statement on the death yet as of posting.

The military counted around 18,626 families evacuated as of 6 pm on Wednesday.

Residents of the towns of Laurel, Lemery, San Nicolas, Agoncillo, and Mataas na Kahoy, as well as some barangays of Balete and Malvar have been ordered to evacuate. – Rappler.com