Robredo returns to Batangas, Cavite to give more aid to Taal evacuees 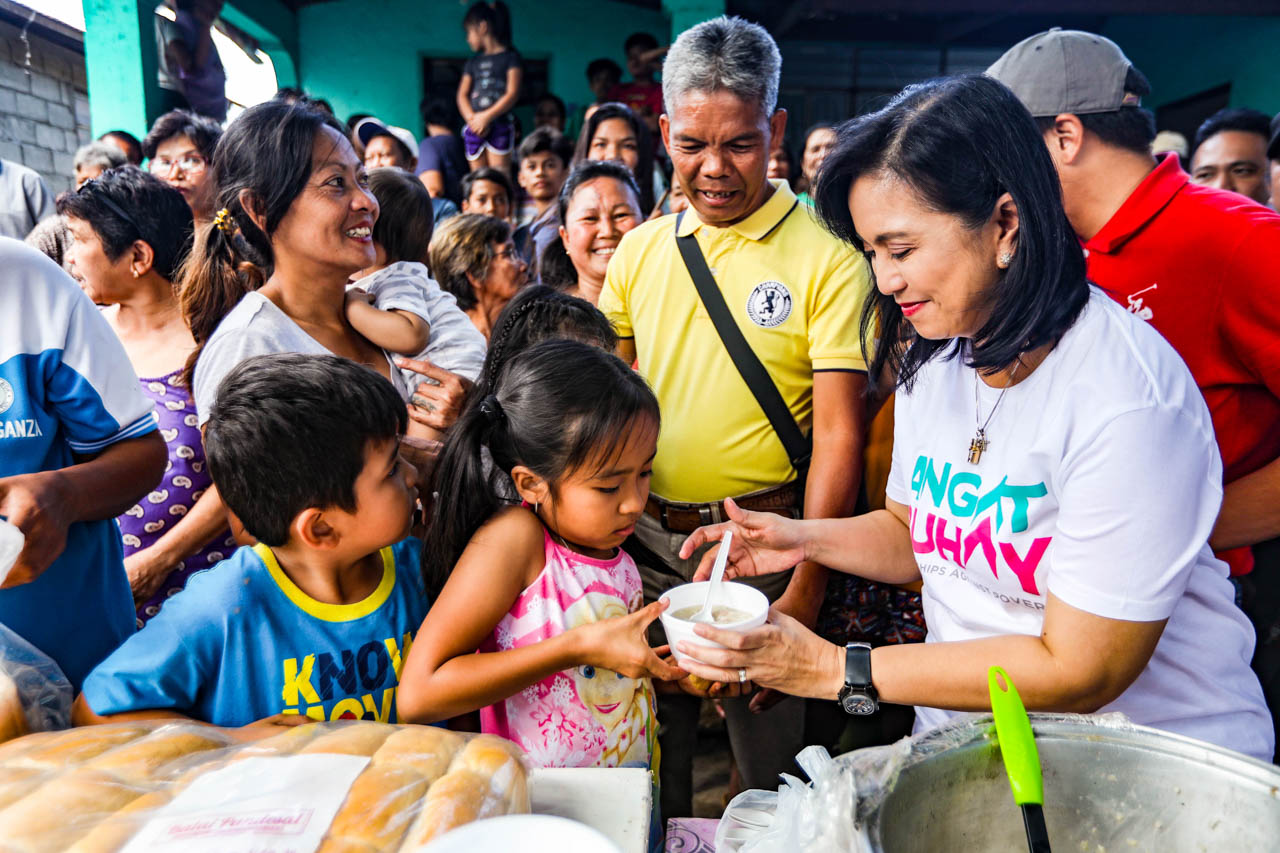 MANILA, Philippines – Vice President Leni Robredo went to Batangas and its neighboring province Cavite on Tuesday, January 21, to give relief goods to residents temporarily sheltered there due to the eruption of the Taal Volcano.

Robredo, through her flagship anti-poverty program Angat Buhay and its partner organzations, donated 1,500 food packs, 1,500 hygiene kits, as well as 1,500 sleeping mats and blankets to evacuees currently living in the following areas:

Each of the food packs contain 1.5 kilos of rice, assorted canned goods, and two packs of noodles.

Robredo also handed out bowls of lugaw or porridge and pan de sal to the evacuees.

In an ambush interview with reporters, Vice President praised the efforts of the local officials in Batangas, where the Taal Volcano is located, and Cavite to provide aid for residents displaced by the volcanic eruption.

(When we were talking to the evacuees, none of them had any complaints regarding the way they were being treated here. But they are mostly worried over the uncertainty as to when this will end. So for us, we tried our best to ease their burdens.) 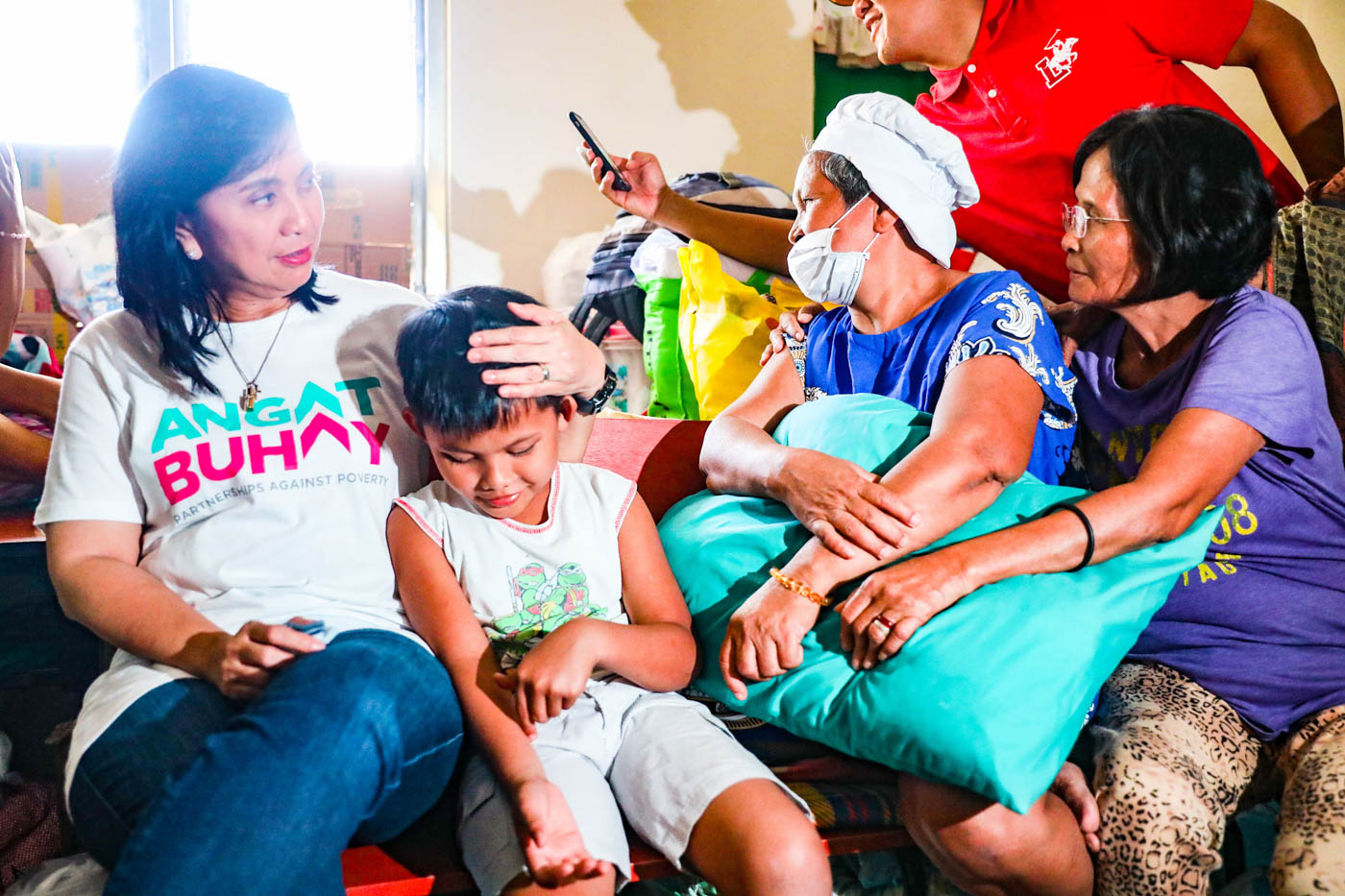 This is the second time Robredo’s Angat Buhay provided relief goods to the Taal evacuees. The Vice President first visited the eruption-hit Batangas on Tuesday, January 14, to give relief goods and face masks to evacuees in 3 towns.

Days after her visit to the calamity-stricken areas, known online propagandist and Overseas Workers Welfare Administration (OWWA) Deputy Executive Director Mocha Uson claimed the food packs from Robredo contained only 5 pieces of pan de sal and a bottle of water.

The Vice President then slammed Uson, saying the government should not be giving a salary to a fake news peddler like the OWWA official.

Alert Level 4 is still raised over the Taal Volcano, which means a “hazardous” eruption is “imminent” or may occur “within days to hours.”

Batangas, where the volcano is located, and its neighboring province Cavite are still under a state of calamity. (READ: How to stay safe during volcanic ashfall)

Thousands of residents from the two provinces remain in evacuation centers, while the cost of agricultural damage so far is at P3.06 billion. – Rappler.com