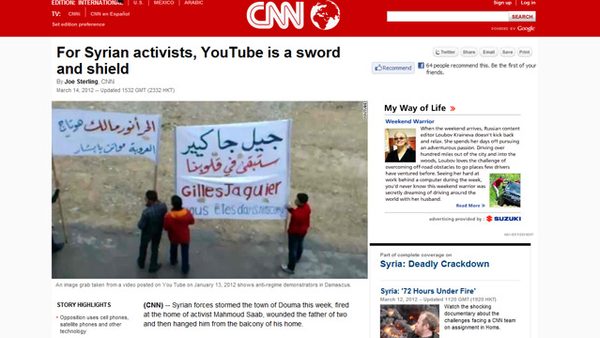 MANILA, Philippines – The amount of underground video coming out of the uprising in Syria has prompted various groups to describe the opposition to the Syrian government as a YouTube revolt. Activists and anti-government groups have uploaded thousands of video to YouTube, featuring their clashes with security forces and the regular demonstrations that they have been holding in Syria. The regime has countered by branding the videos fake. The situation has grown so pathetic however that even government troops have started filming protests and massacres – only to sell the videos to activists.