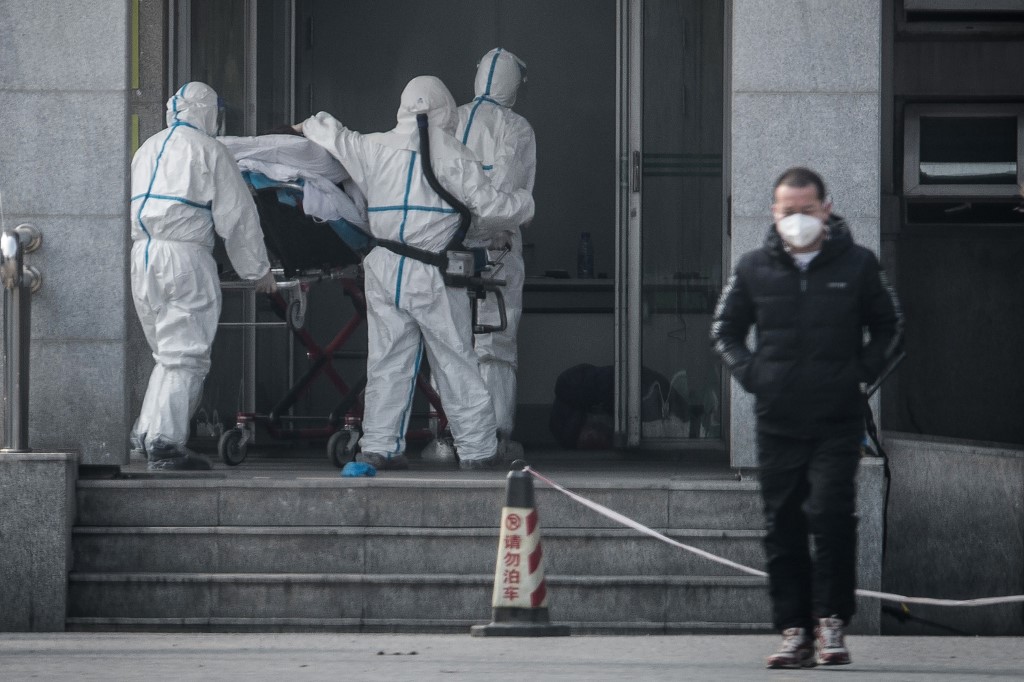 BEIJING, China (4th UPDATE) –  The death toll from a new SARS-like virus that has infected hundreds in China rose to 17 on Wednesday, January 22, as authorities urged people to steer clear of the city at the centre of the outbreak.

With hundreds of millions of people travelling across China this week for the Lunar New Year holiday, the National Health Commission announced measures to contain the disease – including sterilization and ventilation at airports and bus stations, as well as inside planes and trains.

In Wuhan, the epicenter of the epidemic, large public events were cancelled and international football matches were moved to a new location. Visitors were urged to stay away, while residents were advised to not to leave the central city, which is home to 11 million people.

The illness is mainly transmitted via the respiratory tract and there “is the possibility of viral mutation and further spread of the disease,” health commission vice minister Li Bin told a news conference in Beijing.  (READ: U.S. confirms 1st case of China virus on American soil)

More than 500 cases have now been reported, with the majority in Wuhan, capital of Hubei province.

The virus has now infected at least 444 people in Hubei province alone, said provincial officials at a press conference, adding that the death toll had risen from nine to 17.

Major cities, including Beijing, Shanghai, and Chongqing have also reported cases, as well as provinces in northeastern, central, and southern China.

The World Health Organization started an emergency meeting Wednesday to decide whether or not to declare a rare global public health emergency over the disease, which has now been detected in the United States, Taiwan, Thailand, Japan, South Korea and Macau. (READ: U.S. confirms 1st case of China virus on American soil)

The Chinese government has classified the outbreak in the same category as the SARS epidemic, meaning compulsory isolation for those diagnosed with the illness and the potential to implement quarantine measures.

But they still have not been able to confirm the exact source of the virus.

“We will step up research efforts to identify the source and transmission of the disease,” Li said, adding that “the cases are mostly linked to Wuhan”.

Passengers are facing screening measures at five US airports and a host of transport hubs across Asia. Britain and Italy on Wednesday also announced enhanced monitoring of passengers from Wuhan.

A prominent expert from China’s National Health Commission confirmed this week that the virus can be passed between people.

However, animals are suspected to be the primary source of the outbreak.

A Wuhan market is believed to be the epicenter of the outbreak.

A price list circulating online in China for a business there lists a menagerie of animals or animal-based products including live foxes, crocodiles, wolf puppies and rats. It also offered civets, the animal linked to SARS.

“We already know that the disease originated from a market which conducted illegal transaction of wild animals,” said Gao Fu, director of the Chinese centre for disease control and prevention.

He said it was clear “this virus is adapting and mutating”.

Hong Kong and British scientists have estimated that between 1,300 and 1,700 people in Wuhan may have been infected.

Health authorities are urging people to wash their hands regularly, avoid crowded places, get plenty of fresh air and wear a mask if they have a cough.

Anyone with a cough or fever was urged to go to hospital.

In Wuhan, city authorities made it mandatory to wear a mask in public places on Wednesday, according to state-run People’s Daily.

In response to skyrocketing demand for masks – which were starting to sell out at pharmacies and on some popular websites – China’s industry and information technology ministry said it would “spare no effort in increasing supply”, state media reported.

“These days, I wear masks even in places that are not too crowded, although I wouldn’t have done so in the past,” said Wang Suping, 50, who works at a Beijing arts school.

At the capital’s main international airport, the majority of people were wearing masks.

Hong Kong flag carrier Cathay Pacific said it had agreed to allow staff to wear surgical masks on mainland China flights, and that passengers from Wuhan would be offered masks and antiseptic wipes.

Officials also screened people on roads, the airport and the train station for fever.

The local government has cancelled major public activities and banned tour groups from heading out of the city.

Women’s Olympics football qualifiers scheduled for February 3-9 in Wuhan have been moved to the eastern city of Nanjing. – Rappler.com