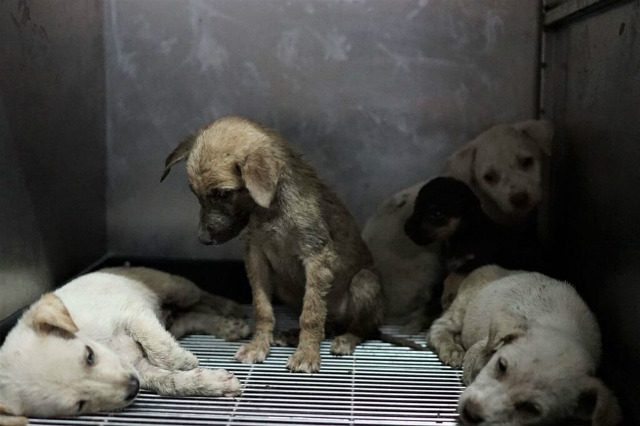 ALBAY, Philippines – The People for the Ethical Treatment of Animals (PETA) was able to rescue 132 animals amid the Taal Volcano eruption. Among them were abandoned dogs who will soon find new care in foster homes.

These include puppies and adult dogs left by their owners who fled their homes in Taal Volcano Island after the eruption began on January 12.

An adult dog named Palakitik was one of the rescued animals. According to PETA, its team members knew the dog even before the eruption, as they befriended Palakitik while holding veterinary clinics for horses in the area.

“Palakitik always ran up to greet the group’s boats and followed workers around everywhere they went,” PETA said.

Earlier, the group met with government officials to discuss how best to rescue the remaining animals on the island. It was given permission to visit the high-risk zone to feed the animals there and give them clean water.

The group had also been leaving food and water for abandoned animals in areas located within a 14-kilometer radius from Taal’s main crater, which had been evacuated.

Now that the volcano has been downgraded to Alert Level 3 and the lockdown has been lifted for several areas, PETA called on the Batangas provincial government to launch immediate rescue operations for remaining abandoned animals.

In a letter on Sunday, January 26, the group asked Batangas Governor Hermilando Mandanas to evacuate the remaining horses, dogs, cats, and other animals – and offered to help with the mission.

“Terrified survivors are surrounded by the dead bodies of fellow animals, breathing in toxic air, and growing sicker and weaker by the hour,” said PETA senior vice president of international campaigns Jason Baker.

“PETA stands ready to assist a government rescue mission and stresses that there’s not a minute to waste here.” – Rappler.com