Metro Manila has 2nd worst traffic in the world – report 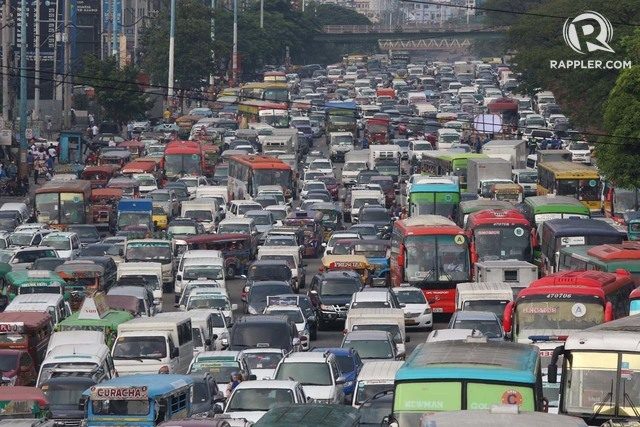 Facebook Twitter Copy URL
Copied
According to the TomTom Traffic Index 2019, Metro Manila is only second to Bengaluru, India in the world's worst traffic congestion

MANILA, Philippines – With its congestion level in 2019 totaling to a whopping 71%, Metro Manila ranked second out of 416 cities across 57 countries in urban congestion, according to the TomTom Traffic Index 2019.

TomTom, an independent location technology specialist, released its Traffic Index for 2019 on Wednesday, January 29, and noted a global increase in congestion.

The congestion level is equivalent to how much extra time a trip will take compared to the city’s baseline uncongested conditions. TomTom calculated the baseline of each city by analyzing free-flow travel times of all vehicles across an entire road network, which is recorded 24/7 daily.

Analyzing data covering over 306.4 million kilometers of roads in Metro Manila, TomTom determined a congestion level of 73% for highways and 70% for non-highways.

This is not the first time the National Capital Region topped a “world’s worst traffic” study.

In 2018, the Asian Development Bank ranked Metro Manila as the most congested city in developing Asia. In 2017, the Boston Consulting Group found that the megapolis had the 3rd worst traffic in Southeast Asia.

The TomTom report revealed Friday as the day of the week with the worst rush hour at 6-7 pm. It said traveling after 7 pm on Friday could save a motorist up to 5 hours per year for a 30-minute commute. The evening rush on Friday had an average congestion level of 128%.

How much time is lost during rush hour? In the morning, a 30-minute trip takes an extra 29 minutes, while in the evening, an additional 38 minutes is spent.

The best day for Metro Manila congestion in 2019 was on April 19, which had the lowest average daily congestion at 0%. This was Good Friday.

Meanwhile, the worst day for Metro Manila congestion in 2019 was on August 16, a Friday. Malls across the capital region started 3-day sales on this day.