PH notice of VFA termination to have ‘significant implications’ on relations, says U.S. 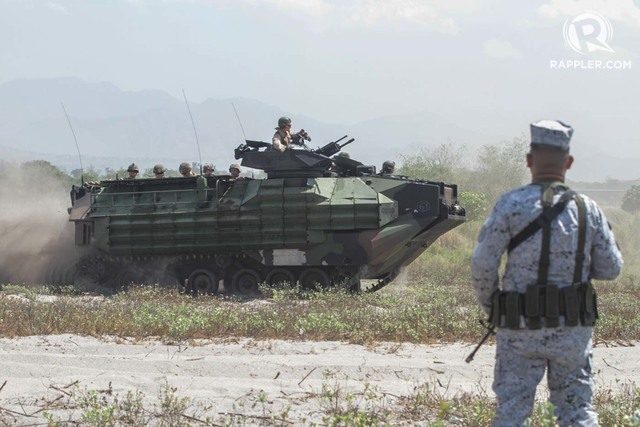 MANILA, Philippines – After staying quiet on President Rodrigo Duterte’s threats to terminate the Visiting Forces Agreement (VFA), the US government on Tuesday, February 11, said that abrogating the military pact would have “significant implications” on relations between the two countries.

The US Embassy in Manila made the statement after the Duterte government sent formal notice that it would terminate the VFA, triggering a countdown of 180 days until the agreement expires.

“The Department of Foreign Affairs informed us of the Philippines’ intent to terminate the Visiting Forces Agreement. This is a serious step with significant implications for the US-Philippines alliance,” the US said in a statement.

Following the latest move, the US government said it “will carefully consider how best to move forward to advance our shared interests.”

“Our two countries enjoy a warm relationship, deeply rooted in history. We remain committed to the friendship between our two peoples,” it added.

What happened? On Tuesday, Foreign Secretary Teodoro Locsin Jr signed the Philippines’ notice of termination of its VFA with the US. The DFA chief said the Deputy Chief of Mission of the US embassy received the document.

With the Philippines’ formal notice signed, termination will take place 180 days or 6 months after the US receives written notification. In the meantime, Article IX of the agreement states that the VFA remains in force until the end of the time period.

Locsin, however, suggested there could be room for a vigorous review to take place.

Why this matters. Duterte still decided on terminating the VFA even after Locsin and Defense Secretary Delfin Lorenzana warned of far-reaching consequences for the Philippines.

Locsin earlier told a Senate panel that a preliminary impact assessment of the matter highlighted how the VFA has served as a deterrent to Chinese aggression in the West Philippine Sea; facilitated assistance in times of disasters; helped the Philippine military modernize and combat terror; and promoted economic ties not only with the US but its allies. (READ: What will happen to PH military if the VFA is terminated?)

More than this, Locsin said the VFA gave flesh to the 1951 Mutual Defense Treaty. Under the treaty,  Philippines and US committed to defend one another in case of an armed attack in areas including the South China Sea. (READ: With threats to scrap VFA, Duterte gambles Philippines’ security)

Duterte first renewed threats to terminate the VFA on January 23, after the US canceled the visa of Senator Ronald dela Rosa. Dela Rosa is Duterte’s first Philippine National Police chief known as the architect behind the government’s bloody anti-drug campaign. – Rappler.com