14-year-old dead, 7 hurt as jeepney runs over students in Makati Facebook Twitter Copy URL
Copied
The students were crossing a pedestrian lane in Barangay Poblacion when a jeepney ran over them. Seven other students sustained serious injuries.

MANILA, Philippines – A 14-year-old student died and 7 of his schoolmates sustained serious injuries after a jeepney ran over them as they crossed a pedestrian lane in Makati on Wednesday night, February 12.

Police said that around 7:26 pm on Wednesday, the students were crossing a pedestrian lane along JP Rizal in Barangay Poblacion, on their way home, when a jeepney suddenly accelerated and hit them.

The victims were brought to the Makati Medical Center and the Ospital ng Makati.

The driver of the jeepney was identified as Crisalde Tamparong, 31, who told police he lost control of his brakes.

Closed-circuit television footage obtained by police showed that the jeepney was one car behind the pedestrian lane, but as it neared the car, it suddenly veered to the left and counterflowed, hitting the students.

Tamparong, however, managed to pull over after he hit the students.

Simon said he would request a drug test on the driver. 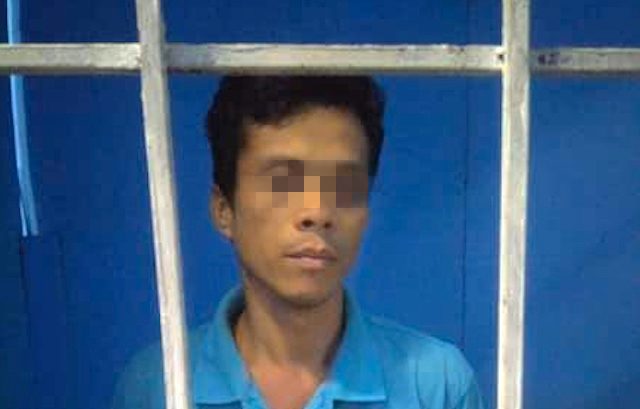 Tamparong, who is under police custody, faces charges of reckless imprudence resulting to homicide and physical injuries, Simon said. He added that police would check the franchise and documents of ownership of the jeepney.

Makati Mayor Abby Binay said she was “deeply shocked and saddened” and vowed that “justice will be served.”

“My heart goes out to their parents, especially to the parents of Jules Villapando, whose young life was abruptly cut short by the senseless tragedy. I offer my heartfelt condolences to them,” she said in a statement on Thursday, February 13.

She said the 7 other students sustained “serious injuries” and were being closely monitored by city authorities.

“The Makati police are conducting a thorough investigation and now have the driver in custody. I have asked that he be immediately subjected to a drug test. I have also ordered the police to identify the operator of the jeepney and recommend the immediate suspension of its franchise by LTFRB,” she added. – Rappler.com