On Manila Bay reclamation, Duterte says ‘wait until next presidency’ 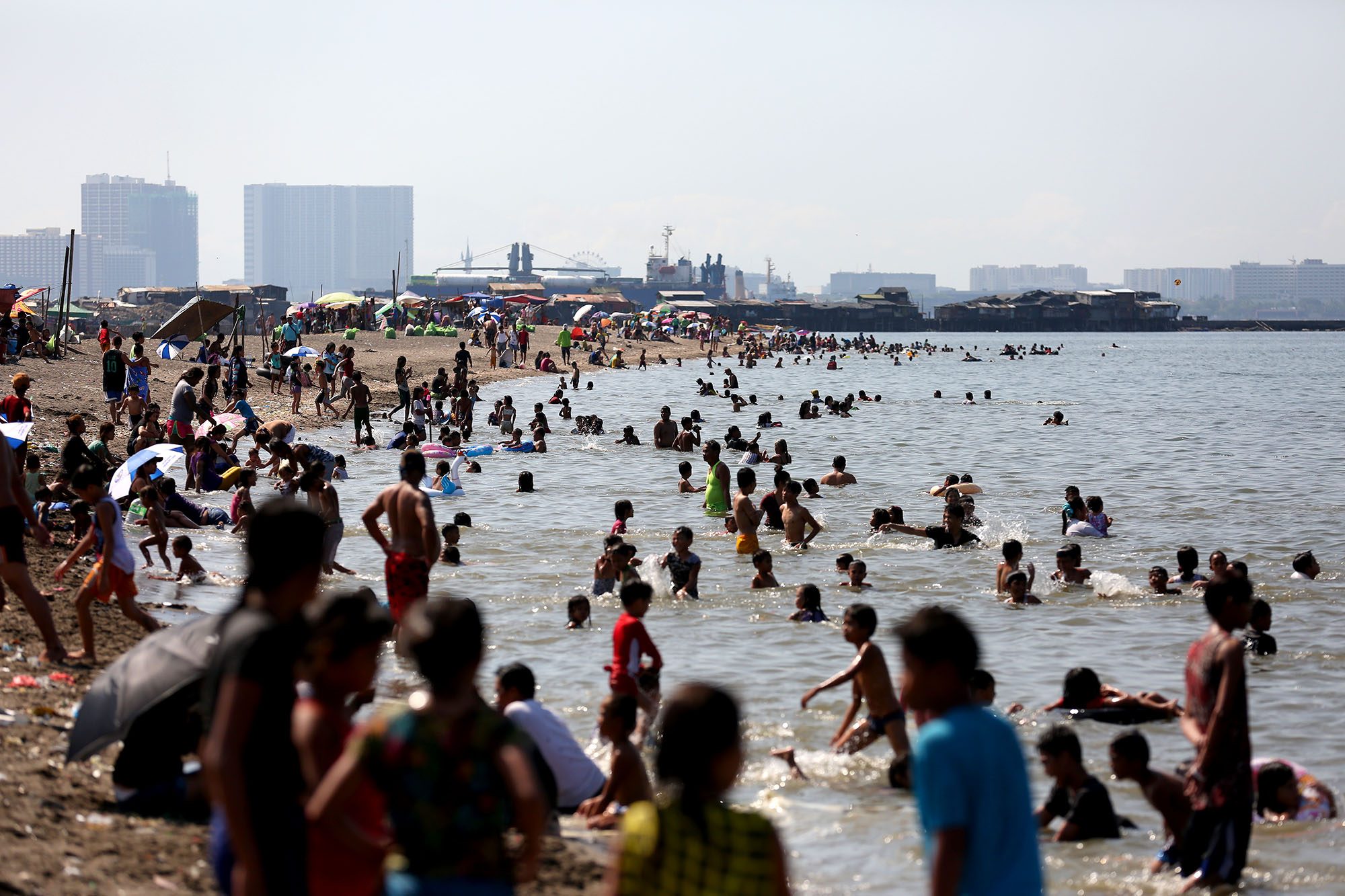 Facebook Twitter Copy URL
Copied
'Manila is an old city and it will decay if you add so many things in front of Manila Bay. So ayaw ko,' says President Rodrigo Duterte of reclamation projects along Manila Bay

MANILA, Philippines – President Rodrigo Duterte put his foot down on Saturday, February 15, on reclamation projects along Manila Bay coming from the private sector, telling those interested “you wait until the next presidency.”

The President gave the warning against any reclamation project during his speech at the inauguration of Sangley Airport in Cavite on Saturday.

“It will choke Manila. The entire Manila City would be environmentally at peril. So pag-aralan n’yo mabuti ‘yan (you study it very well) in the next administration whoever gets to be the President of this country,” Duterte said.

“Manila is an old city and it will decay if you add so many things in front of Manila Bay. So ayaw ko. (I don’t want any),” he added.

For one, the expanded Sangley Point International Airport will stand on reclaimed land, with an area of 1,900 hectares. The second largest, meanwhile, will be at Bacoor, covering 1,330 hectares, which will be built by Wilfredo Keng‘s Century Peak Corporation.

Duterte in February last year transferred the power to approve reclamation projects from the National Economic and Development Authority to the Philippine Reclamation Authority, which he placed under the Office of the President.

Duterte said on Saturday that he made the transfer because he did not want any private firms applying for reclamation, save for those already approved.

“I will allow only the plans of whatever reclamation if it’s in connection with [a] government project. I will not allow massive reclamation for the private sector,” Duterte said.

In 2019, 4 projects had been given notices to proceed: