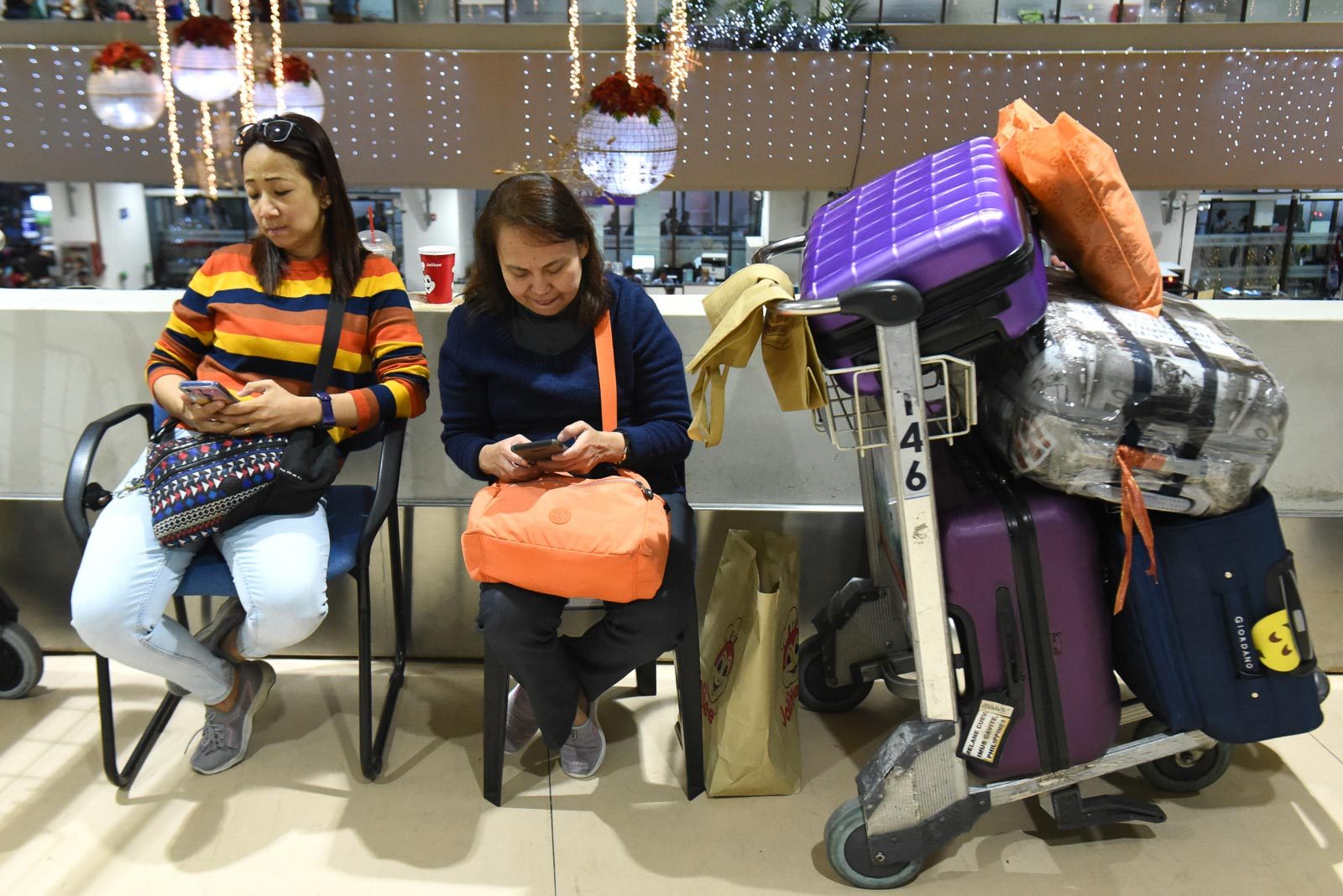 Facebook Twitter Copy URL
Copied
Some 25,000 Filipinos have been urging the government to let them return to their jobs or homes in China's special administrative regions

MANILA, Philippines – Filipinos stranded in the Philippines because of the novel coronavirus outbreak are now allowed to return to their jobs in Hong Kong and Macau, the Department of Foreign Affairs (DFA) and the Deparetment of Health (DOH) said on Tuesday, February 18.

The Philippine government’s Inter-Agency Task Force on Emerging Infectious Diseases (IATF-EID) has exempted overseas Filipino workers (OFW) from the two special administrative regions of China from an outbound travel ban meant to prevent the spread of COVID-19, the disease caused by the novel coronavirus, which originated from Wuhan City in Hubei province, China.

DFA Undersecretary for Civilian Security and Consular Concerns Brigido “Dodo” Dulay first made the announcement in a tweet on Tuesday afternoon.

“The Task Force also agreed to authorize travel to Hong Kong and Macau for permanent residents of the respective Special Administrative Regions, Filipinos leaving abroad for study, and Overseas Filipino Workers, provided that the travellers sign a declaration signifying their knowledge and understanding of the risks involved,” the IATF-EID stated in its resolution released by the DOH also on Tuesday.

Some 25,000 OFWs and Filipino residents of Hong Kong had been urging the government to exempt them from the travel ban that has been in force since February 2, after health officials confirmed the first two cases of the virus in the Philippines, and following the death of one of the COVID-19 patients.

Today, DFA Sec Locsin’s advocacy has come true. OFWs returning for work in Hongkong and Macau have been exempted from the outbound travel ban by the IATF-EID, subject to certain procedural formalities. Woohoo!! @teddyboylocsin

Several of the stranded OFWs organized themselves into a group called #StrandedPH and launched a social media campaign hoping to spark action on their plight. Members of the group have been interviewed by different news outlets including Rappler, explaining that their prolonged absence could cost them their jobs.

Aware that the ban was meant to protect them from catching COVID-19, the stranded OFWs said they were willing to sign a waiver absolving the Philippine government of any liability should they fall ill upon their return to Hong Kong.

Besides the risk of losing their income sources, some of the stranded Filipinos had invested a lot of money, even accumulated debts, for the opportunity to work in Hong Kong. In the case of Hong Kong residents, some have had to pay for accommodations during their unexpected prolonged stay in the Philippines.

“Me, my family, my co-admins and my fellow OFWs are overwhelmed with happiness with this decision by our government. Now we are all just waiting for airlines to reopen flights so we can book right away,” Borja said in a statement.

As of Monday evening, Philippine health officials had monitored a total of 521 patients for the novel coronavirus. Only 171 remained at hospitals. The country has had 3 confirmed cases of infection. There have not been any new confirmed cases since February 5.

In Japan, 35 Filipino crew members of the cruise ship Diamond Princess have contracted the virus. They are undergoing treatment at Japanese hospitals, the DFA said on Tuesday.