The suspect, Alchie Paray, 40, shot one of the guards on duty. The victim was treated at the Cardinal Santos Medical Center and is in “stable condition,” according to Mayor Francis Zamora.

Zamora, quoting the police, said about 30 people were held hostage inside the administration office at the second floor of Virra Mall.

Most of the hostages in Greenhills were mall vendors and mall staff, while the suspect was a guard who had gone on absence without leave for weeks. 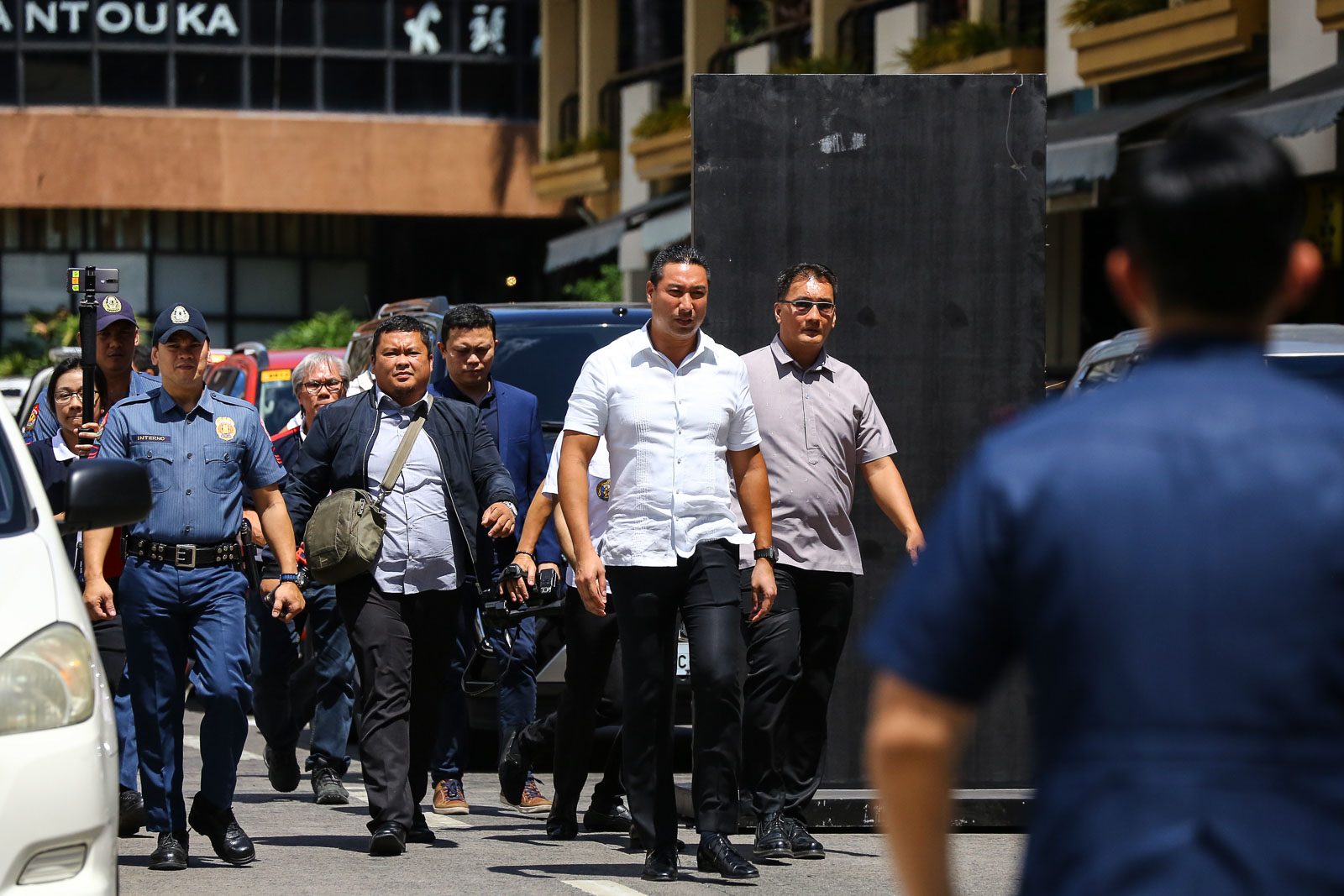 Virra Mall was placed on lockdown, as police confirmed that the suspect was in possession of a gun and grenades.

In the afternoon, the hostage-taker demanded an audience with fellow guards and the media. Negotiating cops allowed him to do this through a video call to one of the cops outside who was in the media’s waiting area. In a statement posted on its Facebook page Monday afternoon, the Greenhills Center Management said the hostage taker was a former employee of the Safeguard Armor Security Corporation or SASCOR.

“A fellow security guard was injured, but has already been brought to the hospital. Our priority right now is to ensure the safety of the employees, and of the public,” the statement read.

At a little past 8 pm, hostages were seen walking free from inside the mall. The suspect walked out of the mall together with his hostages, and addressed the media and the crowd outside.

Twenty minutes into detailing his grievances against his employers and then suddenly addressing the mayor, Paray was tackled by cops. They spotted a pistol tucked in his waist.

This was in violation of the agreement he reached with the cops during negotiations, which included leaving behind his weapons.

In a statement sent to the media after the suspect’s arrest, the Greenhills Center Management said, “Management continues to cooperate with authorities and will have a post-incident assessment with the police to avoid a repeat of this unfortunate situation.”

It added, “Management will also look into allegations made by the hostage taker against security agency officials who allegedly take bribes from tenants to disregard shopping mall policies.” – Rappler.com