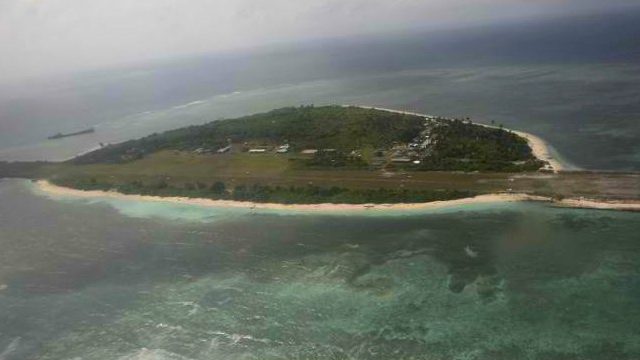 Facebook Twitter Copy URL
Copied
Although appearing to be fishing boats, these vessels could be part of a paramilitary force of the Chinese government

MANILA, Philippines – More than 100 Chinese vessels were seen near Pag-asa (Thitu) Island in the West Philippine Sea in January and February this year, the military said.

Some 136 individual vessels – appearing to be fishing boats – were spotted near the largest Philippine-held island among the Kalayaan Island Group (KIG), part of what’s internationally known as the Spratly Islands, since the beginning of 2020 until late February, Armed Forces of the Philippines (AFP) Western Command (Wescom) spokesperson Lieutenant Colonel Stephen Penetrante confirmed to Rappler on Monday, March 2.

Although the 136 vessels were not seen all at the same time, there were as many as 76 of them spotted at once on February 17.

These Chinese fishing vessels are suspected to be militias or a paramilitary force of the Chinese government, according to a report by the Department of National Defense (DND) submitted to Congress in September 2019. Experts from the Washington-based think tank Center for Strategic and International Studies have expressed the same view.

Similar vessels were spotted around Pag-asa Island throughout the summer of 2019, characterized as a “swarm” that hampered the movement of Philippine vessels, from military resupply missions to small fishing enterprises.

In June 2019, one such Chinese vessel, the Yuemaobinyu 42212, rammed and sank Philippine fishing boat Gem-Ver and left its 22 Filipino crew marooned in the area of Recto Bank off Palawan. The crew members were eventually rescued by a Vietnamese fishing boat.

China Coast Guard ships and even People’s Liberation Army naval vessels have occasionally been spotted in the area.

In its 2019 report, the DND noted that the presence of large numbers of Chinese fishing vessels – or militias – in the West Philippine Sea could be an asymmetric warfare strategy that in effect wields China’s control over Philippine waters.

The “swarm” can similarly be characterized as a “gray zone” tactic, said James Kraska, a maritime law expert from the United States Naval War College, in a Rappler Talk interview in November 2019.

These come amid President Rodrigo Duterte’s softer stance and claimed friendship with China, and despite several diplomatic protests from the Department of Foreign Affairs over a series of Chinese vessel incursions in the West Philippine Sea, including at least 25 warships, in 2019.

In July 2016, an international arbitral tribunal sanctioned by the United Nations Convention on the Law of the Sea affirmed the Philippines’ sovereign rights in the West Philippine Sea and debunked China’s sweeping “9-dash” claim.

Duterte downplayed the arbitral award as he pursued broader ties with China. Under Duterte, Manila has secured billions of pesos worth of loans and loan pledges from Beijing. The tack, however, has not kept Beijing from occupying and controlling key parts of the West Philippine Sea. – Rappler.com