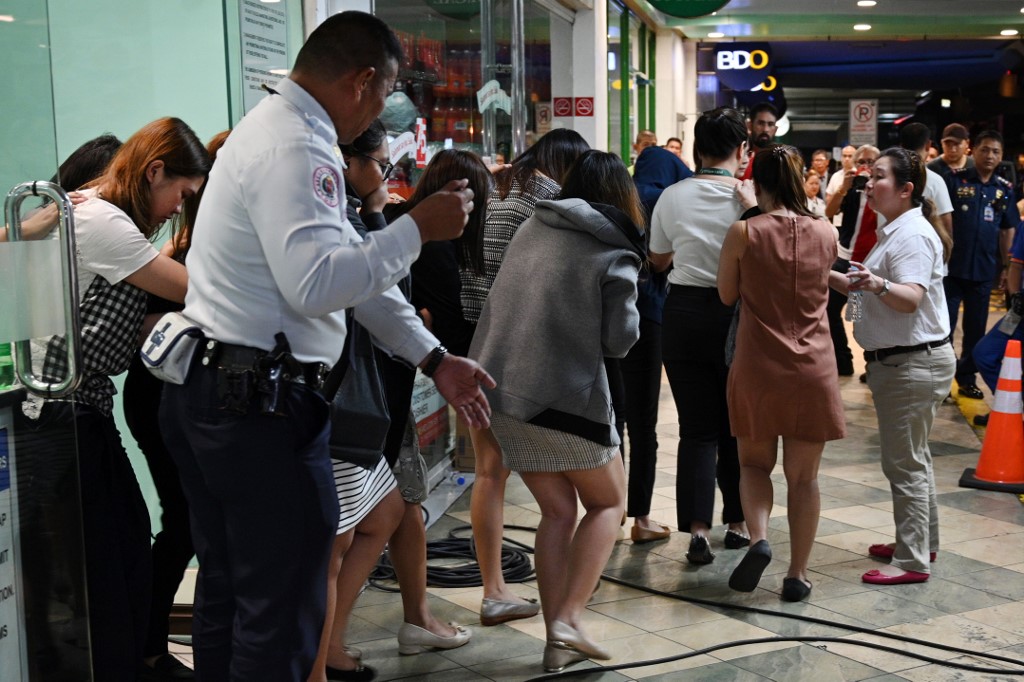 MANILA, Philippines (3rd UPDATE) – The dozens of hostaged vendors and employees of V-Mall in Greenhills, San Juan, were released on Monday night, March 2, after authorities complied with the demands of the hostage taker.

After negotiations, led by San Juan Police starting from around 12 pm, the hostage taker – Alchie Paray, 40 – let go of the hostages, who had been held in the administration office at the second floor of the mall.

Paray walked out of the mall together with his hostages.

The Greenhills Center Management said in a statement earlier on Monday that the suspect was a former guard provided by the Safeguard Armor Security Corporation or SASCOR. He was fired after going on absence without leave for weeks.

The hostage taker stormed V-Mall and detained around 30 people at around 11:30 am on Monday, carrying a pistol and grenades.

One of the hostages, a fellow security guard, was injured after the gunman shot him. He was immediately brought to the Cardinal Santos hospital, and, according to Mayor Francis Zamora, was already in “stable condition.”

Speaking to the media, the suspect said he shot that other guard because the latter didn’t appear sympathetic whenever he griped about the treatment he was getting at work.

In the early evening Monday, the superiors of the hostage taker apologized and offered to resign to appease the gunman.

At a little past 8 am, hostages were seen walking free from inside the mall. The suspect walked out of the mall together with his hostages, and addressed the media and the crowd outside.

Twenty minutes into detailing his grievances against his employers and then suddenly addressing the mayor, Paray was tackled by cops. They spotted a pistol tucked to his waist. – Rappler.com