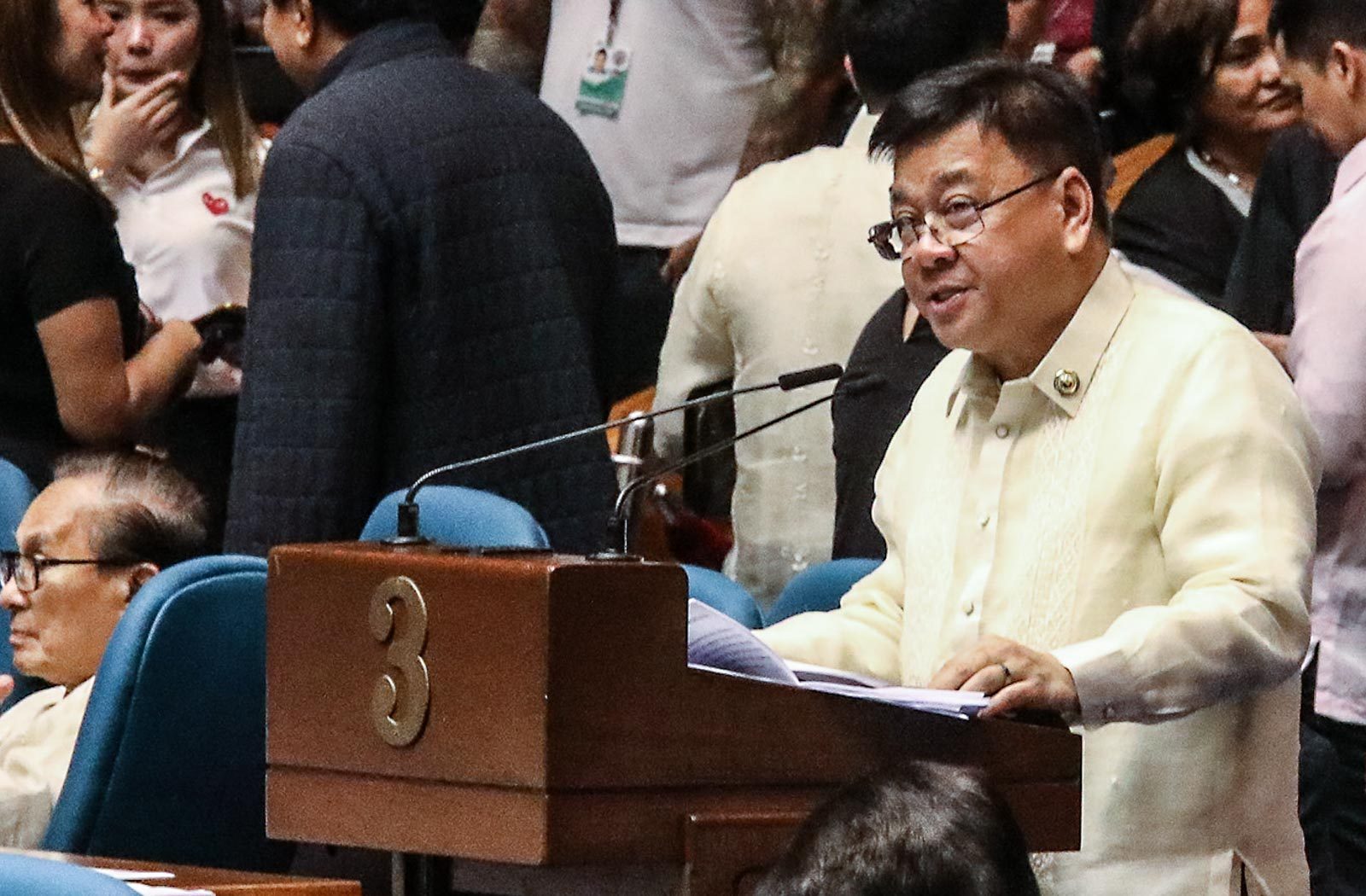 MANILA, Philippines – Speaker Alan Peter Cayetano said two House members were stripped of their leadership posts on Monday, March 2, because they were “more interested in intrigues” than working with him.

Ungab and Leachon drew the ire of the Speaker due to recent statements they made as rumors swirled that Marinduque Representative Lord Allan Velasco – who was supposed to share terms with Cayetano – tried but failed to oust the latter. (READ: Is there a House coup or is Cayetano just out to scrap term-sharing with Velasco?)

“Basically, it’s really more of the working relationship. They are more interested talaga in funds, intrigues, etcetera, rather than getting things done,” Cayetano said in a chance interview after meeting with lawmakers from the Nacionalista Party and the National Unity Party at the Batasang Pambansa.

(Basically, it’s really more of the working relationship. They really are more interested in funds, intrigues, etcetera, rather than gettings things done.)

Ungab pissed off the Speaker and his allies after he supposedly told President Rodrigo Duterte and Budget Secretary Wendel Avisado about the alleged multibillion-peso illegal insertions in the P4.1-trillion national budget for 2020.

This allegedly prompted the Department of Budget and Management to say that it would withhold the release of P80 billion worth of funds realigned by lawmakers under the 2020 budget pending a review of the allocations.

Leachon, meanwhile, had been engaged in a heated word war against loyal Cayetano ally and Deputy Speaker Luis Raymund Villafuerte over the alleged coup plot. The Oriental Mindoro congressman is a stalwart of the Partido Demokratiko Pilipino-Lakas ng Bayan, of which Velasco is also a member.

Velasco has already denied plotting to remove Cayetano, but the Speaker does not believe this and insists his rival is already offering committee chairmanships and budget allocations to other House members.

Cayetano then told lawmakers holding key House posts that they should just step down if they can no longer work with him. – Rappler.com