40 Filipinos from cruise ship in Japan recover from coronavirus

Mar 4, 2020 2:10 PM PHT
Mara Cepeda
Facebook Twitter Copy URL
Copied
Of the 40 Filipinos who recovered, 21 are back in the Philippines and required to undergo a 14-day home quarantine period 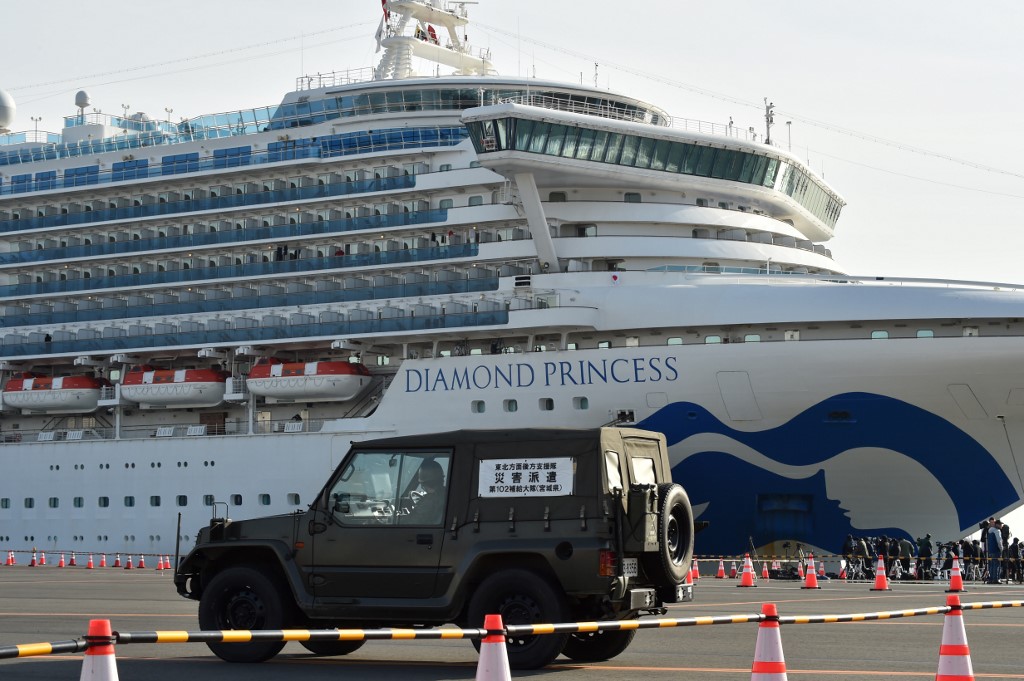 MANILA, Philippines – Half of the 80 Filipinos who caught the novel coronavirus (2019-nCoV) while aboard the Diamond Princess cruise ship docked in Yokohama, Japan, have already recovered.

Department of Health (DOH) Assistant Secretary Maria Rosario Vergeire said that as of Wednesday, March 4, 40 out of the 80 Filipinos no longer have COVID-19, the disease caused by 2019-nCoV, and will now be allowed to go back to the Philippines.

The rest remain admitted in hospitals in Tokyo, Japan.

(For those in Japan, we had a total of 80 positive cases. So now, only 40 of them remain admitted in different facilities or hospitals in Tokyo while the other 40 already recovered.)

Of the 40 Filipinos who recovered, 21 have already been repatriated to the Philippines and are being treated as “persons under monitoring” by the government.

This means they are required to undergo another 14 days of quarantine at their respective homes. The DOH and the local government units where their residences are located will then regularly monitor their health during the self-quarantine period.

Another 19 Filipinos who recovered from COVID-19 are still in Japan, but their repatriation is already being processed by the Philippine government.

The Diamond Princess cruise ship carried about 3,700 people – among them 531 Filipino crew members and 7 Filipino passengers – when it reached the port of Yokohama in January.

The Japanese government then quarantined the cruise ship after an 80-year-old passenger who disembarked on January 25 in Hong Kong tested positive for the deadly virus. (READ: All crew members have left virus-hit ship in Japan – minister)

Since then, 705 cruise ship passengers and crew members of different nationalities have been found to have COVID-19, including the 80 Filipinos.

The Philippine government already repatriated another 458 Filipinos from Diamond Princess who did not catch the virus while inside the cruise ship.

They are currently finishing their 14-day mandatory quarantine period – set to end on March 11 – at the New Clark City in Capas, Tarlac, the country’s designated national quarantine facility for COVID-19.

Aside from those who were aboard the cruise ship, 7 other Filipinos abroad tested positive for the virus: 2 each in the United Arab Emirates and Hong Kong, and 3 in Singapore. One of the Filipinos in Singapore has since recovered. – Rappler.com