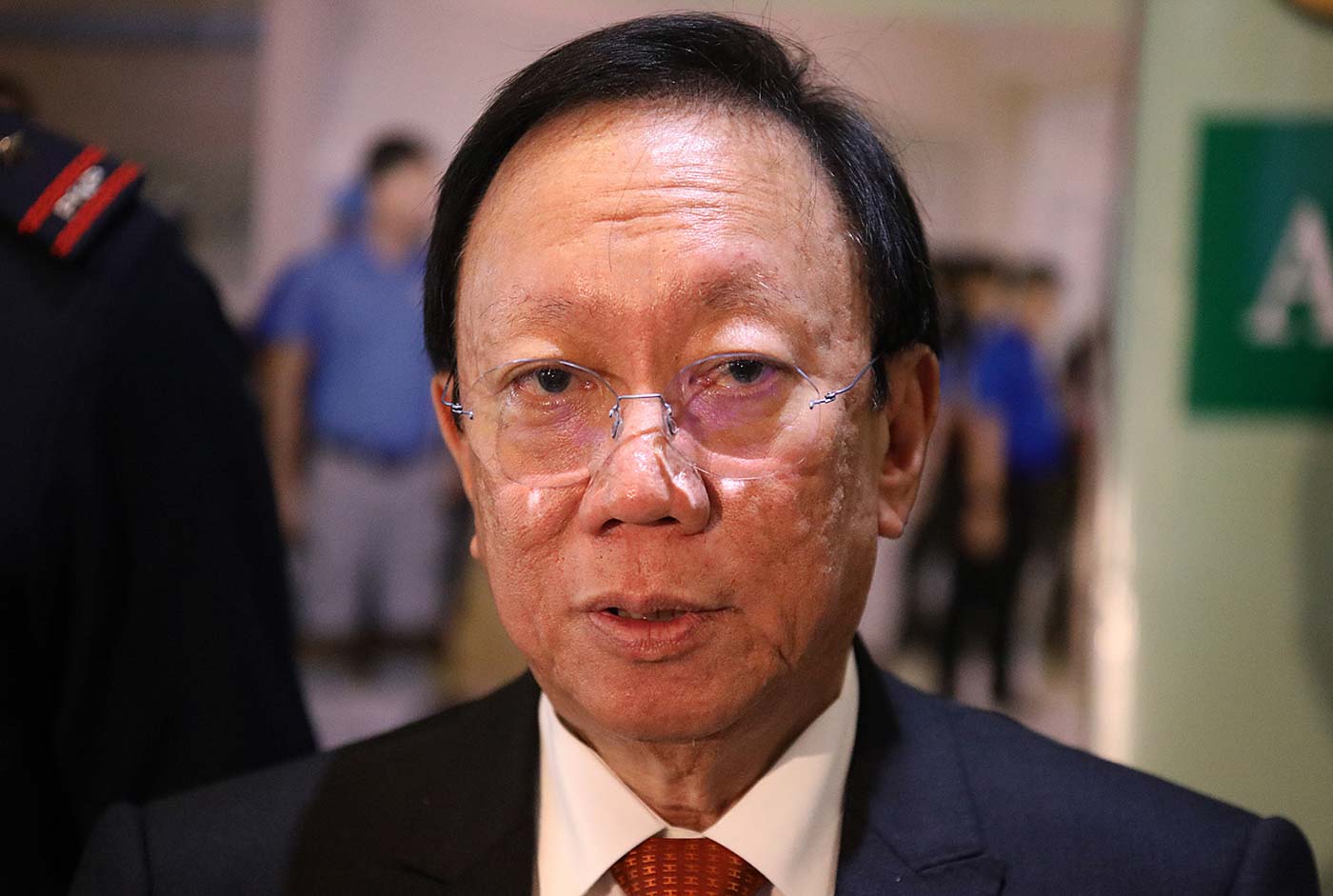 MANILA, Philippines – Two House committees are issuing a subpoena to Solicitor General Jose Calida requiring him to attend the next hearing digging into the more than P95 billion that private firms still owe the government-run Power Sector Assets and Liabilities Management (PSALM) Corporation.

In a joint statement on Friday, March 6, the House committees on public accounts, and  good governance and public accountability said they were summoning Calida to their next hearing on Wednesday, March 11.

The two House committees are jointly investigating the P95.42 billion worth of uncollected receivables of the PSALM from various power companies. (READ: Rappler Animate: Why electricity rates in Philippines are high)

Lawmakers now want to Calida to explain why the Office of the Solicitor General had filed a motion for leave to intervene in connection with the P14.90 billion and P315.42 million that have not been collected from the Manila Electric Company and First Gen Hydro Power Corporation, respectively. (READ: Groups seek P29-billion refund for Meralco consumers)

“With the impending expiration of PSALM’s corporate life by 2026, there is an extreme urgency to collect the remaining billions of pesos in receivables immediately. Otherwise, the burden from its remaining obligations would unfairly be assumed by the Government and, ultimately and unfortunately, be passed on to the public,” the House committees said.

“This is an unacceptable proposition that the House of the People, under the leadership of Speaker Alan Peter Cayetano, vigorously objects to. Our action is in pursuit of President Duterte’s commitment to ensure the quality, reliability, and affordability of the supply of electric power in the country to provide a safe and comfortable life for all Filipinos,” the panels added.

If Calida refuses to heed the subpoena, Defensor and Sy-Alvarado may move to issue a show cause order that would ask the Solicitor General to explain why he should not be held in contempt and arrested by the House for ignoring the summons. – Rappler.com