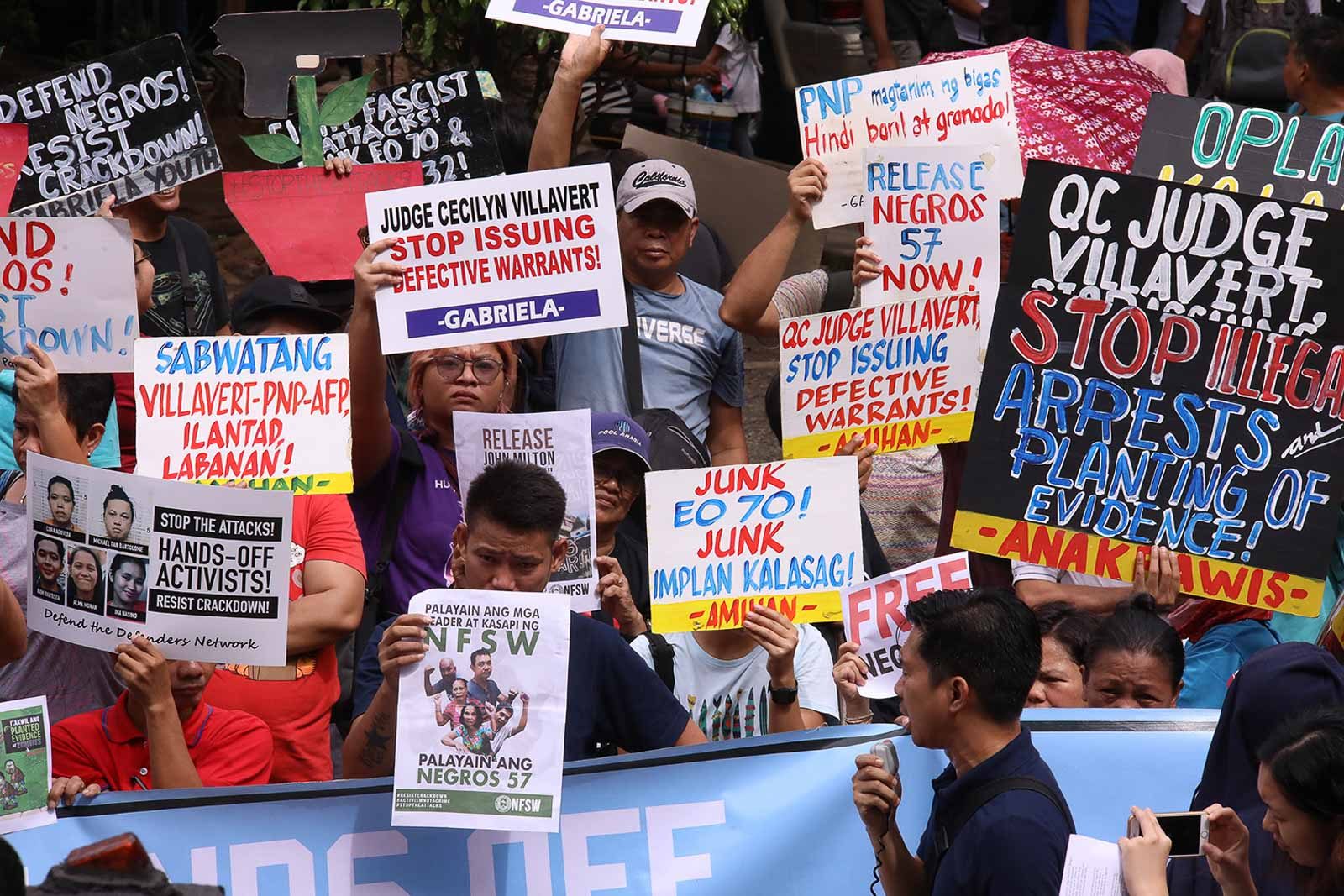 MANILA, Philippines – United Nations experts, in a letter addressed to the Philippine government, expressed concern on the reported continuous harassment and threats against human rights activists and progressive groups.

In an official communication made public this week, the UN special rapporteurs said that the intensified red-tagging and vilification of activists by the Duterte administration “may have a chilling effect” in the country. (READ: Lives in danger as red-tagging campaign intensifies)

“We express additional concern at the statements made by high-level officials threatening human rights organizations and accusing them of having ties with the communist movement,” they said.

“We wish to reiterate that when high-level officials engage in speeches which disparages the work of human rights defenders, they undermine the value of their vital work, denigrate them in the eyes of the public and may put them at risk of threats, violence or other forms of harassment,” they added.

The letter, sent to the Philippine government on December 26, 2019, was made public after 60 days, in time for the 43rd session of the UN Human Rights Council in Geneva, Switzerland.

Communications sent and replies received “remain confidential until they are published in the Communications Reports submitted before each regular session of the HRC,” according to the website of the Office of the UN High Commissioner for Human Rights (OCHR).

The UN experts have yet to receive a reply from the Philippine government, the OHCHR said.

The letter was signed by:

The UN experts highlighted the arrests of activists following the raids of their offices and houses, the abduction of human rights worker Honey Mae Suazo, and threats against incumbent Karapatan secretary-general Cristina Palabay.

Suazo has been missing since November 2, 2019. Her disappearance came amid a crackdown on progressive groups. (READ: Internat’l group calls on PH authorities to locate missing rights worker)

Palabay, meanwhile, has been on the receiving end of numerous calls and text messages threatening to have her killed and raped. (READ: Rights group leader gets death and rape threats on Human Rights Day)

“Our concerns are heightened given the allegations that the evidence used against the aforementioned individuals was planted by the police and military during the raids,” the UN experts said.

“These measures appear to constitute attempts to arbitrarily arrest those conducting peaceful human rights work, and prevent them from exercising their right to freedom of expression, in particular denouncing human rights violations allegedly committed in the context of the ongoing ‘war on drugs,'” they added.

The UN experts, in the letter, also asked the Philippine government information on the reported threats against activists, the ways statements issued by officials are “remedied,” and measures implemented to ensure the safety of human rights defenders, among others.

The Duterte government is widely-criticized for its treatment of dissent, especially of groups and individuals who opposed his violent war on drugs. It has also publicly condemned international groups that expressed concern to government policies, including the UN itself. (READ: Duterte’s war on dissent)

In June 2020, UN rights chief Michelle Bachelet is expected to submit a comprehensive report to the UN Human Rights Council on the situation in the Philippines.

The report was authorized by the UN HRC via a resolution supported by 18 out of its 47 member-countries. – Rappler.com