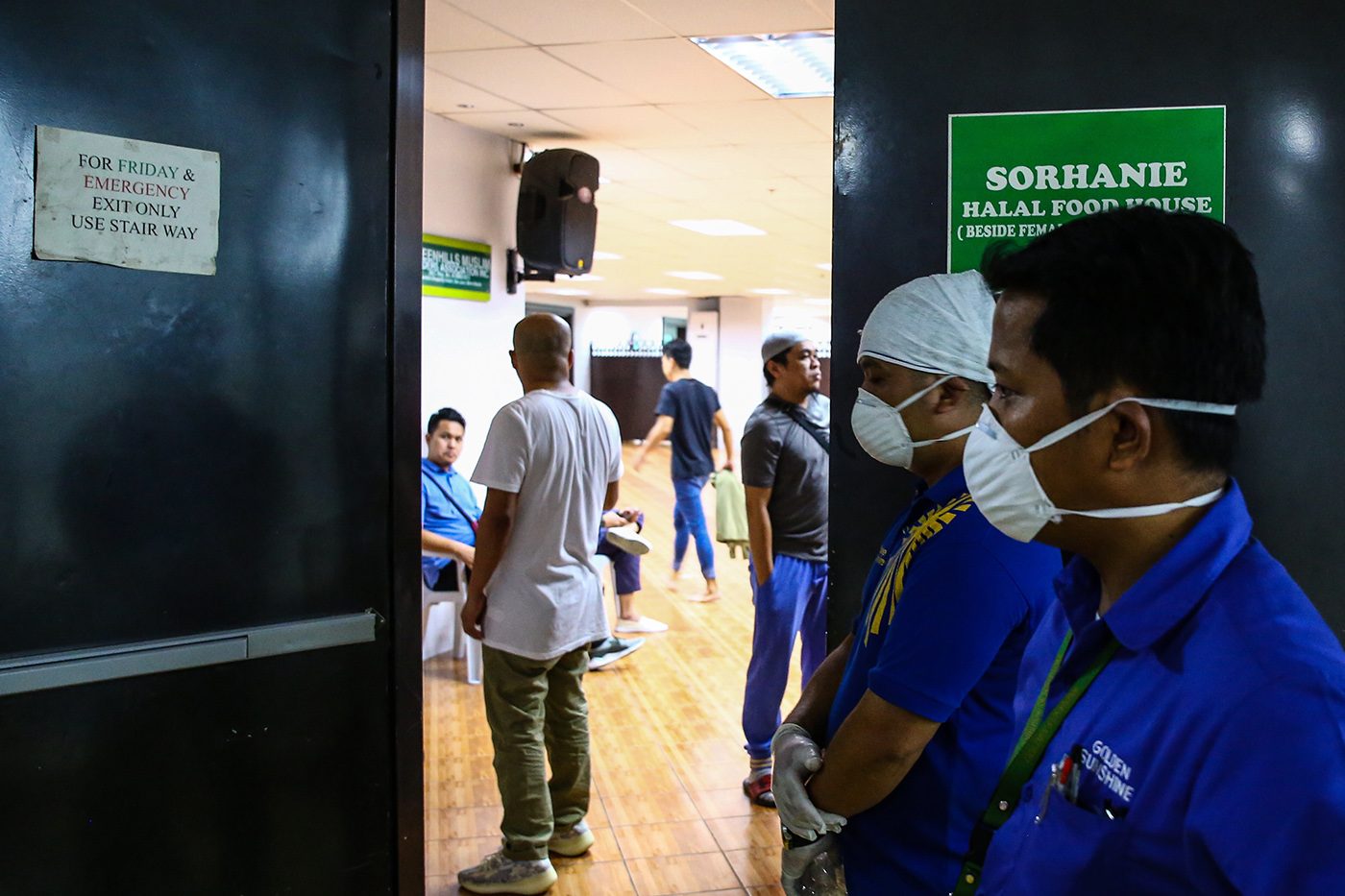 MANILA, Philippines – The Department of Health (DOH) confirmed on Thursday, March 12, that 3 more Filipino patients who caught the novel coronavirus have died, bringing the country’s total fatalities to 5.

Among the 3 who perished were the 62-year-old man who had frequented a Muslim prayer hall in Barangay Greenhills, San Juan City, and his 59-year-old wife, the Philippines’ 5th and 6th cases of COVID-19 and the first local transmission of the disease.

The couple are residents of Rizal province and both died at the Research Institute for Tropical Medicine in Muntinlupa City on Wednesday, March 11.

The third fatality is an 88-year-old woman who had no travel history outside the Philippines. She was a resident of Pasig City and was admitted to the Philippine Heart Center in Quezon City. She died on Thursday afternoon.

According to the DOH, all 3 patients had preexisting medical conditions before they tested positive for COVID-19

The 62-year-old male was a known diabetic and hypertensive who developed acute kidney injury. His official cause of death was “acute respiratory distress syndrome from severe pneumonia secondary to COVID-19.”

His 59-year-old wife had a similar cause of death. A repeat chest x-ray showed she also had progressive pneumonia. She was a known diabetic.

The 88-year-old woman also had preexisting hypertension. The DOH said she died of acute respiratory failure.

As of Thursday, the Philippines has recorded a total of 52 positive cases of COVID-19, including the 5 patients who died. The two other casualties were a 44-year-old Chinese man who traveled to the Philippines from Wuhan, China, and a 67-year-old Filipina woman with no travel history outside the country.

Overall, the DOH has probed 794 patients nationwide for possible infection since the outbreak started. Of that number, 68 remain admitted to various medical facilities while 674 have been discharged.

President Rodrigo Duterte has already declared a state of public health emergency and is placing the entire Metro Manila in a monthlong lockdown starting March 15. Classes and work in government offices will also be suspended. – Rappler.com