Facebook Twitter Copy URL
Copied
Police patrol alleys and neighborhoods, urging people to get inside their homes to avoid catching or spreading the virus

MANILA, Philippines – Pasig has begun enforcing a nightly curfew after its city council passed earlier on Sunday, March 15, an ordinance allowing the measure aimed at stifling the spread of the novel coronavirus.

Although other cities in Metro Manila such as Muntinlupa, Makati, and Manila also announced curfews on Sunday, only Pasig began implementing it the same evening.

As was agreed on by the Metro Manila Council, Pasig’s curfew runs from 8 pm to 5 am, during which all citizens are expected to stay indoors unless they fall under the following exceptions:

In Pasig’s Barangay Santolan, the police patrol began a few minutes past 9 pm. Joined by barangay security officers, they merely urged people they found outdoors to go home and stay indoors until morning. They ordered shops and stores to close for the night. 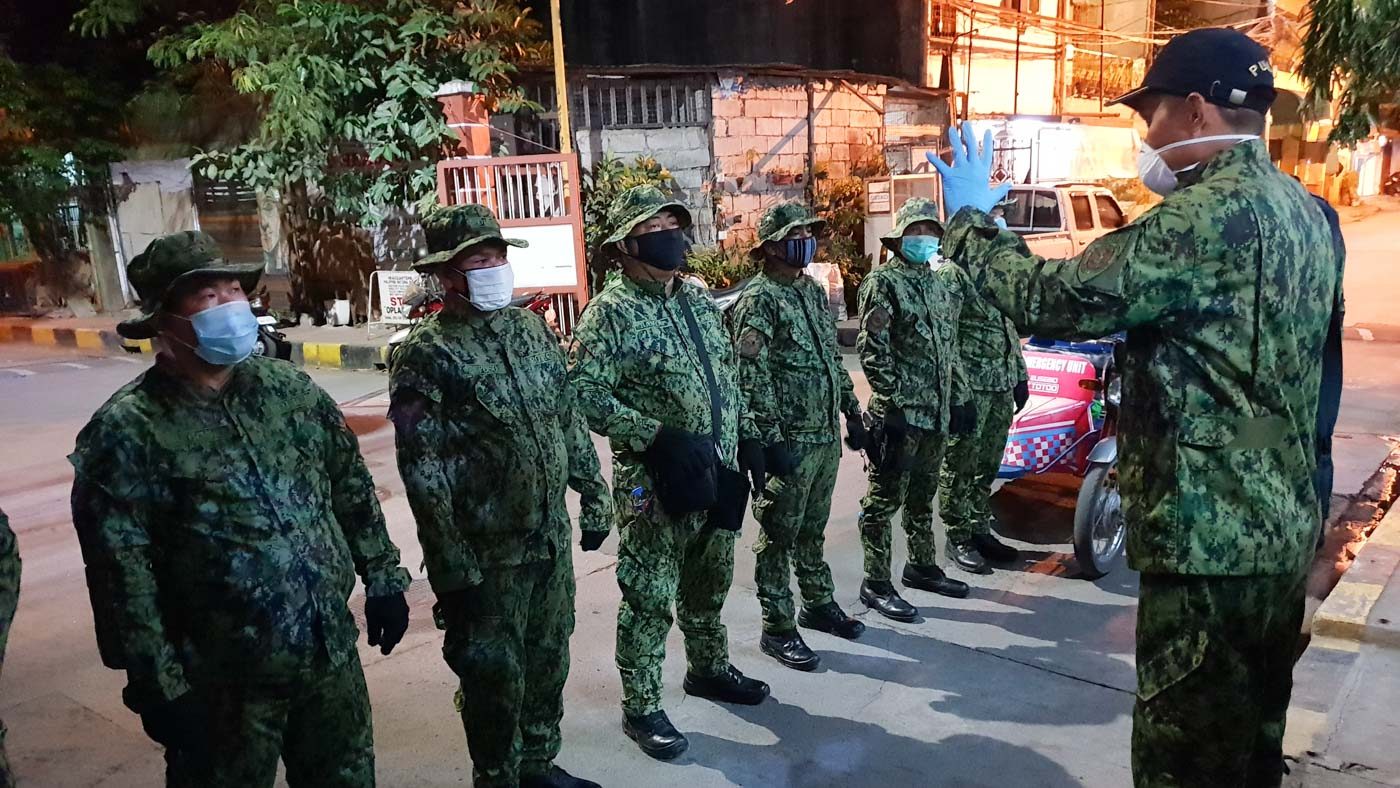 It was too early to mete out punishment on violators, as the law under normal circumstances requires a two-week interim after an ordinance’s publication before it can be enforced with penalties.

However, in an emergency, a curfew may be imposed but without punishing violators.

“Although the word used is ‘curfew,’ the focus is really on encouraging people who are simply loitering or roaming around to go home,” Pasig Mayor Vico Sotto told Rappler in a message.

As of Sunday, the Philippines has had 140 confirmed cases of the virus, and 12 deaths. Pasig has had at least 9 residents who contracted the disease.

As most of the cases were in Metro Manila, the national government has placed it under “community quarantine,” restricting movement to and from the megacity.

The government expects to run the community quarantine and curfew until April 14, or until the threat from the virus is abated. – Rappler.com