Bataan placed under state of calamity 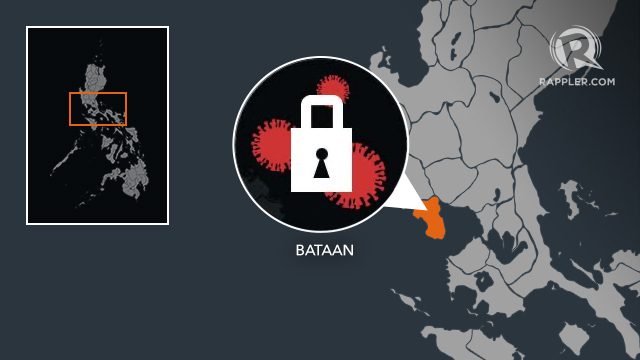 Facebook Twitter Copy URL
Copied
Bataan has recorded one confirmed case of COVID-19, a 32-year-old man from the municipality of Orani

BALANGA, Philippines – The entire province of Bataan was placed under a state of calamity on Tuesday, March 17, due to the coronavirus pandemic.

Bataan Governor Albert Garcia said the provincial board issued Resolution No. 133, Series of 2020, which would allow them to tap the Quick Respond Fund of the province for the immediate needs of their constituents.

Bataan has recorded one confirmed case of COVID-19, the disease caused by the novel coronavirus. The patient is a 32-year-old man from the municipality of Orani.

The DOH has given the patient code PH64 M32, and local officials say he is already recovering.

Contact tracing was also carried out involving the man’s relatives and friends and others who came in contact with him.

Local health officials say there are 41 patients under investigation for COVID-19 in the province. Twenty-six of them have already been discharged from hospitals.

On Tuesday evening, President Rodrigo Duterte also declared a state of calamity for the entire Philippines.

As of posting, the Philippines has 187 confirmed cases, with 4 recoveries and 12 deaths.