Food ration distribution to start in Davao Region on March 23 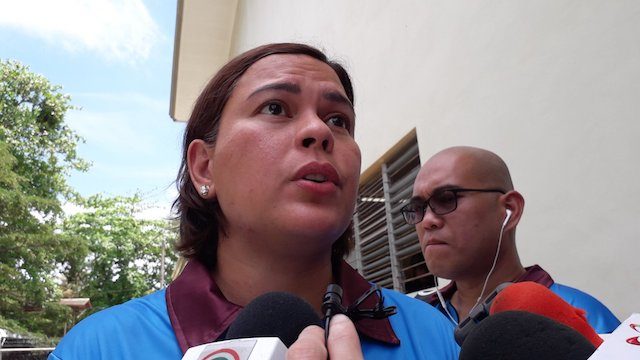 Facebook Twitter Copy URL
Copied
The Davao City social welfare office is currently drawing up a master list of the most affected sectors, such as the indigents and those who lost work due to the coronavirus emergency

DAVAO CITY, Philippines – Mayor Sara Duterte said the distribution of relief goods to the sectors most affected by the national situation caused by the coronavirus in the Davao Region will start on Monday, March 23.

She said Davao city’s social welfare office is currently drawing up a master list of the most affected sectors, such as the indigents and those who lost work due to the public health emergency.

The Davao Region, made up of the provinces of Davao del Sur, Davao Occidental, Davao del Norte, Davao Oriental and Davao de Oro, has around 4.9 million people and 13.7% of that are considered poor or indigent, according to the Philippine Statistic Authority’s 2018 poverty estimates.

“The mayors and governors of the Davao region have agreed to start relief assistance next week,” she said.

“All municipalities and cities will have their own distribution activities to the affected sectors,” she said over the city-run Davao City Disaster Radio (DCDR).

This is why those from nearby areas, such as Panabo in Davao del Norte and Sta. Cruz in Davao del Sur, need not come to Davao City anymore to have food during the crisis.

In the case of the city, Sara said the city government will be distributing relief packs that will be good for at least a week for each qualified recipients.

“Starting March 23, we will distribute,” she said.

Qualified residents, Sara said, could simply go to their barangay halls to get their ration cards.

Aside from the masks, fliers were also handed out, reminding people to stay home, observe social distancing, and to frequently wash their hands with soap and water.

Sara, meanwhile, clarified that despite the lockdown, people transiting through Region 11 for other areas will be allowed provided that they would not stay in any of region’s populated areas.

“That’s a win-win situation. They can pass through but not stay,” Sara said, adding that they will be escorted out to ensure that they will not violate the rule.

As to the operation of the airport, she said that her order stays.

“There is a need to exempt certain international and domestic air travel from the coverage” of the earlier ban,” she earlier said in her order No. 18. – Rappler.com