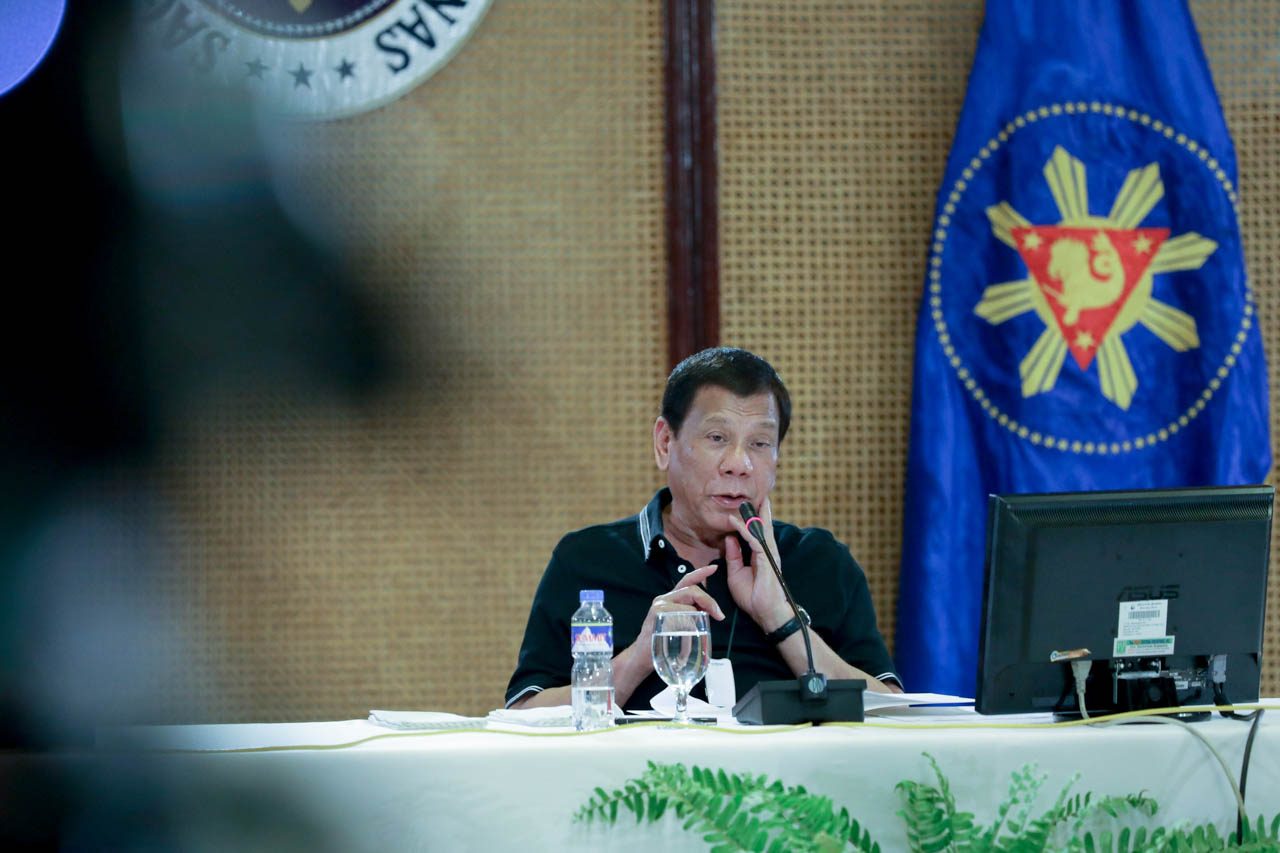 MANILA, Philippines – President Rodrigo Duterte is asking Congress to declare a “national emergency” and grant him emergency powers “necessary” to address the growing number of novel coronavirus cases in the Philippines.

In a document seen by Rappler, Duterte signed on Saturday, March 21, Proclamation No. 933 calling on Congress to hold a special session on Monday, March 23, to pass a bill for this purpose.

Malacañang certified the need to immediately enact a bill that would declare a national emergency and give Duterte powers to “temporarily take over or direct the operation” of privately-owned utilities or businesses needed to address public needs during the coronavirus emergency, among others.

Among others, the pertinent provisions included in the proposed bill give Duterte the power to “reprogram, reallocate, and realign” funds in the 2022 budget and reallocate savings in the executive department, including government owned and controlled corporations (GOCCs).

What’s the basis? A letter to Senate President Vicente Sotto III signed by Executive Secretary Salvador Medialdea cites Section 15, Article VI of the Constitution, which allows the President to call for a special session “at any time.”

Why is it needed? The proposed bill cites the declaration of a national emergency is needed to minimize the further spread of the coronavirus and immediately mobilize assistance and provide basic  necessities to families affected by the Luzon lockdown.

It also cites the need to immediately provide healthcare such as testing and treatment to patients with COVID-19 and those suspected of having the disease.

Aside from this, the proposed measure said it was also “imperative to grant Duterte “emergency powers subject to such limitations” to address the coronavirus outbreak in the Philippines.

What else does the bill propose? The still unnumbered Senate bill forwarded by Malacañang to Sotto cites the need to declare a national emergency as the increasing number of coronavirus cases, despite government intervention, rises to “an emergency of national proportions.”

The bill, if passed in its form, will grant Duterte 18 powers based on Section 23 (2), Article VI of the Constitution. This provision allows Congress “in times of war or other national emergency” to pass a law authorizing the President to exercise powers necessary to address the objectives of the proposed bill.

Powers to be granted to Duterte include allowing him to “temporarily take over or direct the operation” of privately-owned businesses needed to address the needs of the public during the coronavirus emergency such as hotels, public transportation, and telecommunication.

In this scenario, management will still be retained by owners of the said business, though they will be under the direction of the President or a designated representative.

It will be up to the President to determine when the takeover is no longer needed.

While Section 17, Article XII allows for such a takeover, this was not cited as basis for such in the proposed bill.

Meanwhile, other authorized powers in the proposed bill include the authority to allow Duterte to do the following:

Done deal? While the bill asks broad powers be given to Duterte, it still has to pass the scrutiny of Congress before it is approved.

In a text message to reporters, Sotto said controversial provisions such as those allowing Duterte to take over private businesses “won’t fly in the Senate.”

“The main proposal of the bill is to distribute cash to the 16.5 million families badly needing help,” he said.

Sotto shunned the notion that special powers, if granted to Duterte, would be equivalent to emergency powers, saying Congress leaders and Malacañang “agreed” that it was not the case in a special meeting held Saturday.

“Absolutely wrong (to say it is emergency powers) because that was precisely my point in the meeting yesterday that this is not an emergency powers bill. We agreed that it is not,” Sotto said.

If passed, the declaration of a national emergency will last for two months “or longer if the calamity persists.” It may also be lifted sooner than two months by means of a Presidential Proclamation or concurrent Congress resolution.

The Philippines has counted at least 380 confirmed coronavirus cases as of Saturday night, March 21. The new total confirmed cases is 150 more than the health department’s tally on Friday, March 20.

The confirmed cases include 25 deaths and 15 recoveries.

The global death toll due to the disease has surpassed 11,000 while over 271,600 people were infected with COVID-19 across 164 countries. – Rappler.com