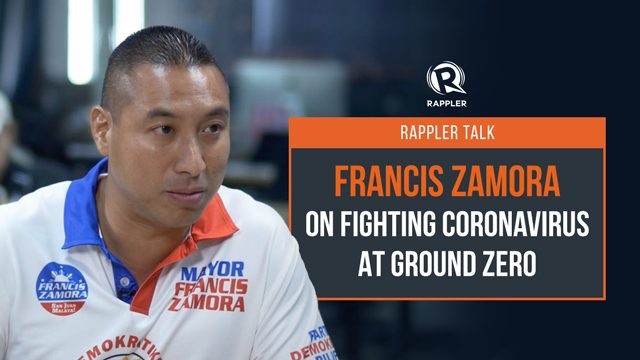 MANILA, Philippines – San Juan City, one of the smallest local governments in Metro Manila, is facing a big problem.

With 45 confirmed cases of the novel coronavirus as of Monday, March 23, San Juan is currently the city in the Philippines with the highest number of patients per capita.

It became the country’s ground zero in the fight against the spread of the coronavirus, after one of the first local transmissions, a man from Rizal, frequented a prayer hall located inside a mall at the Greenhills Shopping Center – a population-dense commercial center in San Juan City.

Similar to other local governments across the country, San Juan City is working double-time to prevent further spread of the virus and provide the needs of its disenfranchised citizens amid the ongoing lockdown.

How is San Juan City Mayor Francis Zamora and his fellow officials responding and planning for what is to come? He speaks with Rappler’s Rambo Talabong in a Rappler Talk interview.