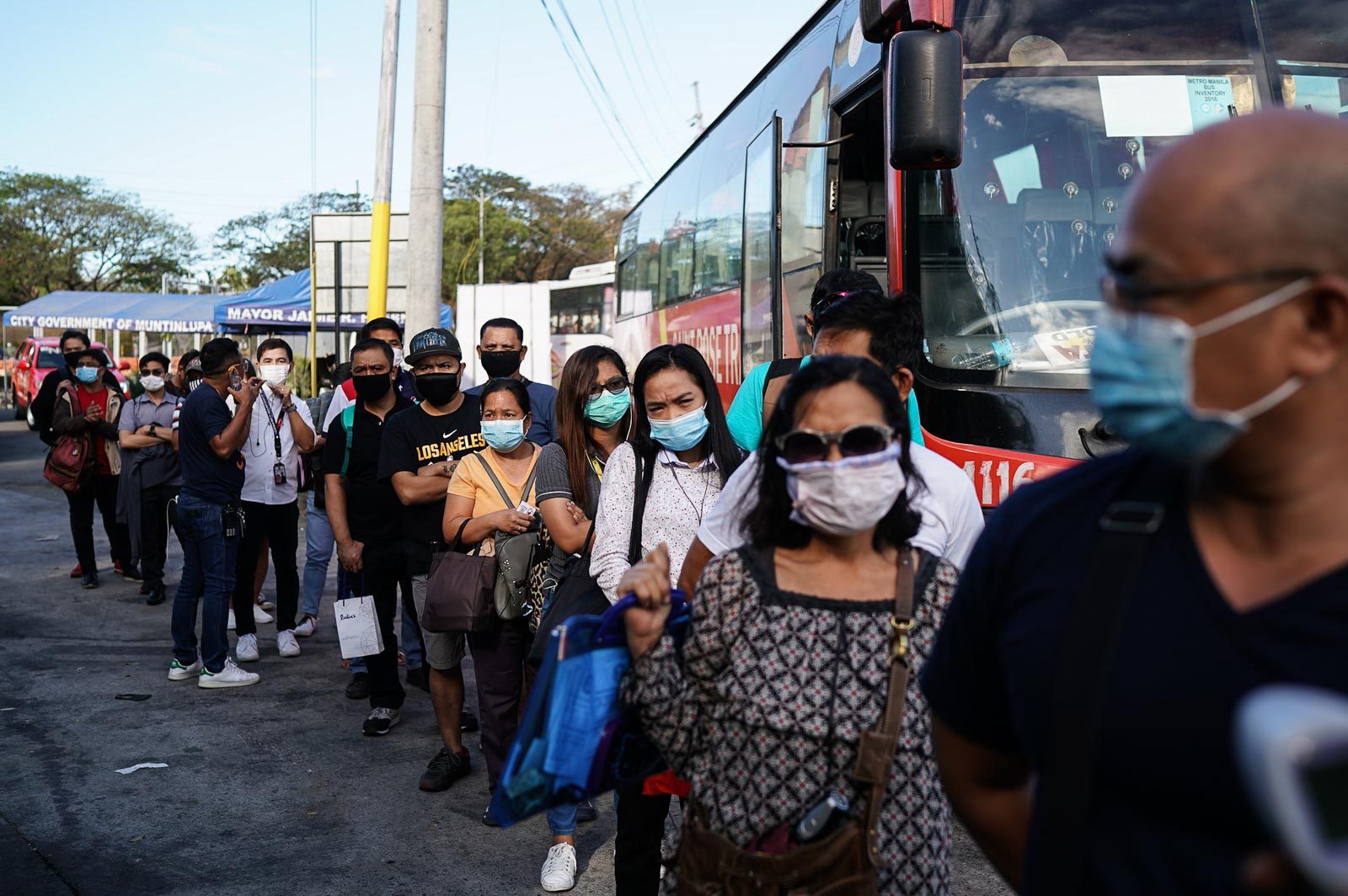 Facebook Twitter Copy URL
Copied
(UPDATED) At least 18 million low-income households will receive cash assistance worth P5,000 to P8,000, depending on the regional minimum wage, if the Senate version is signed into law by the President

MANILA, Philippines (UPDATED) – Voting 19-1-0, the Senate of the Philippines on Tuesday, March 24, approved on third and final reading a measure that would give President Rodrigo Duterte 30 special powers to deal with the coronavirus outbreak in the country.

Senate Bill (SB) No. 1418, the substitution bill, “cured” the unconstitutional provisions of the SB 1413, which initially sought to realign any appropriations in the executive branch to be used for coronavirus disease (COVID-19) measures.

Technically, there were 20 senators who “cast” their votes, with 8 of them doing so through phone call. But officially, the affirmative votes of the 12 senators who were at the plenary will be counted. The rest will still be on Senate records.

Under the approved bill, Senate would give Duterte “authority subject to limitations” granted by the special powers listed in the measure.

Only savings are allowed by law to augment funding in the existing items in the budget. (READ: Heal as one? Why Duterte’s special budget powers bill may be unconstitutional)

SB 1418 also identified which departments and programs would receive additional funding from savings. These include the following:

The approved bill would also amend Section 67 of the General Provisions of the 2020 General Appropriations Act, which defines “savings.” It would allow the projects – which purposes were abandoned to be used for COVID-19 measures – to be funded in the next two fiscal years.

SB 1418 would also grant Duterte the power to “direct the operation” of any privately-owned hospitals, medical and health facilties, and other establishments and passenger vessels to ferry frontliners, only when the public interest requires.

Here are the other special powers:

The House of Representatives approved the counterpart measure of the bill on final reading late Monday, just before midnight, giving the President 25 special powers similar to the Senate version, save for the lifting of the QRF cap.

If the House decides to adopt the Senate version, a bicameral conference committee would no longer be convened, and the bill will be sent to Malacañang for the President’s signature.

If signed by the President, the bill would grant 18 million low-income households in the country an emergency cash assistance worth P5,000 to P8,000, depending on the prevailing minimum wage in the region.

It would also give public and private health workers who would be severely infected by the virus a compensation of P100,000. Families of those who contracted the virus and died while on the line of duty would receive P1 million, effective retroactively.

Health workers would also receive a “special COVID-19 risk allowance,” on top of their regular hazard pay, if the bill is signed into law.

The marathon Senate session on Monday started at around 10 am, but quorum was officially declared past 12 noon, when Senator Richard Gordon arrived.

SB 1418 was sponsored at around 7 pm, and was approved on second reading as well as on third and final reading nearly 6 hours after.

Senate President Vicente Sotto III “stopped the lock” when it reached midnight on Tuesday, which meant that even if the bill was passed on final reading past 1 am, on records it was officially approved 11:59 pm Monday.

The House later adopted the Senate bill past 3 am Tuesday.

As of Monday, the Philippines has 462 confirmed cases of the novel coronavirus, with 33 deaths and 18 recoveries. The Medical City in Pasig City accounted for 18 confirmed cases and 3 deaths.