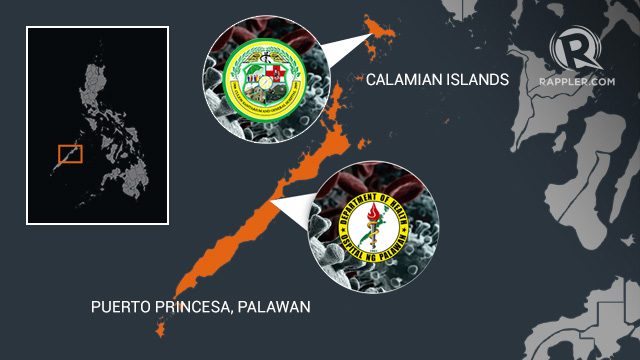 PALAWAN, Philippines – Governor Jose Alvarez prepared the province in the event of an outbreak of a novel coronavirus infection by assigning tasks to different government health facilities here.

In case hospitals in referral centers in Puerto Princesa City are filled to capacity, the patients may be transferred to the isolation building of Southern Palawan Provincial Hospital in Brooke’s Point town.

Private hospitals were also asked to designate isolation rooms, personnel and equipment for care of PUIs with severe symptoms or COVID-19 positive patients who need higher levels of care.

COVID-19 is the illness caused by the novel coronavirus.

For critically ill COVID-19 patients who need care beyond what is available in Palawan, they will be referred to Level 3 hospitals identified by the DOH in Manila.

Meanwhile, PUIs with mild symptoms but need hospitalization possibly due to other health issues could be admitted in the provincial government hospitals in Aborlan, Narra, Rizal, Brooke’s Point, and Bataraza in southern Palawan, and Roxas, Cuyo and Coron in northern Palawan.

PUIs with mild symptoms who do not need hospitalization but could be carriers of the virus are required to be quarantined for 14 days in the following designated facilities:

As of Monday, March 23, Palawan has recorded 62 PUIs, 16 of which tested negative as of March 19, Provincial Information Office data showed. A 26-year-old Australian male tourist was reported to be the province’s first positive patient.

ONP, meanwhile, has been eyed as Palawan’s centralized testing center for COVID-19 upon approval of the DOH, according to the governor’s executive order.

The provincial government has placed Palawan under state of calamity since last Friday, March 20, to access its P150-million calamity fund and P100-million trust fund to help buy essentials to prevent the spread of the coronavirus. The fund will also provide aid to residents affected by the month-long enhanced community quarantine.

Alvarez’s executive order also included a provision for “heroes’ pay” as additional compensation for health workers and other frontliners, including non-regular ones. – Rappler.com