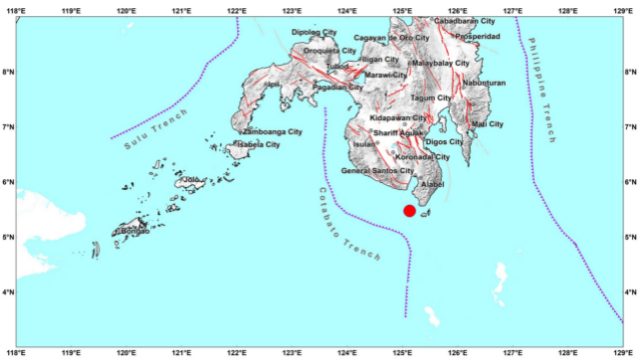 MANILA, Philippines (UPDATED)– A magnitude 6.1 earthquake struck Sarangani on Thursday night, March 26, according to the Philippine Institute of Volcanology and Seismology (Phivolcs).

In a late night bulletin, Phivolcs said the earthquake, which was tectonic in origin, struck at 11:38 pm some 46 kilometers away from Maasim, Sarangani, at a depth of 49 kilometers.

Phivolcs warned that damage and aftershocks are expected. – Rappler.com