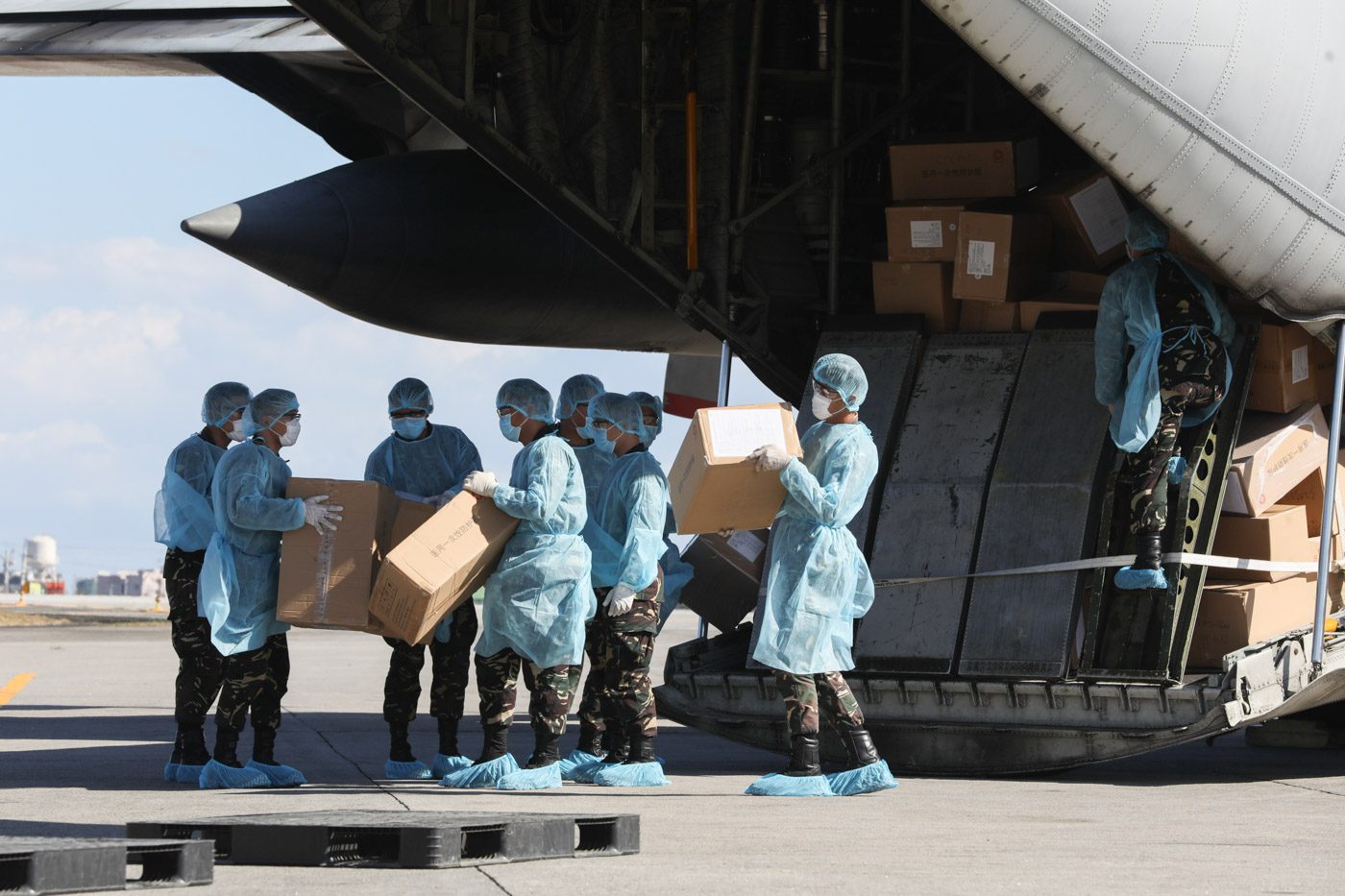 Facebook Twitter Copy URL
Copied
The Department of Health, which earlier said it discarded test kits from China with poor accuracy, does not name the 'private foundation' it is now pointing to as the source

MANILA, Philippines – Hours after China denied being the source of faulty test kits in the Philippines, the Department of Health (DOH) followed suit on Sunday, March 29, saying these kits were supposed to be given by a “private foundation” and not the Chinese government.

The DOH neither named the foundation nor identified which country this foundation is based in. It also did not specify the brand of the test kits.

“The test kits mentioned during the press briefing by the department last March 28, 2020 referred to another brand of test kit that was proposed to be donated by a private foundation,” the DOH said in a statement.

“Upon preliminary review of documents by the Research Institute for Tropical Medicine (RITM), subsequent validation was necessary…. The DOH apologizes for any confusion that previously issued statements have caused.”

What happened? On Saturday, March 28, the health department announced that it discarded some test kits from China “because these were only 40% accurate.” It did not say how many kits were set aside.

In a text message to Rappler on Sunday, Health Secretary Francisco Duque III said the test kits that were mentioned to only have a 40% accuracy rate were found by the RITM to be “unacceptable in terms of quality standards of WHO (World Health Organization).”

Duque also said in a separate message that he was told these kits no longer arrived in the Philippines, after all.

Countries like Spain, the Czech Republic, and Turkey earlier rejected test kits from China due to poor accuracy. The Netherlands also recalled defective masks made in China, according to reports.

The DOH said the RITM found these kits “to be at par with test kits provided by the WHO after parallel testing [was] done.”

“Moreover, Sansure test kits contain all required reagents to run the test successfully. This means that no other reagents will need to be separately procured by the Philippine government to use the test kits,” said the DOH.

Duque himself had given this assurance to Chinese Ambassador to the Philippines Huang Xilian, whom he thanked for the donated test kits.

“Again, your test kits BGI and Sansure Biotechnology are very good and up to the standards as those which were donated by WHO and approved by our RITM. Again, our gratitude and appreciation to you and the Chinese government,” Duque said in his message to Huang.

The Chinese embassy on Sunday shared a copy of Duque’s message, which the health secretary confirmed came from him.

The DOH said the Philippines and China “agreed to use BGI and Sansure” test kits for future donations to do away with the extra step of assessing other kits.

While more donated test kits have arrived in the country and 5 laboratories can now perform full-scale testing, the DOH said that for now, it is limiting tests to severe and vulnerable cases. – Rappler.com