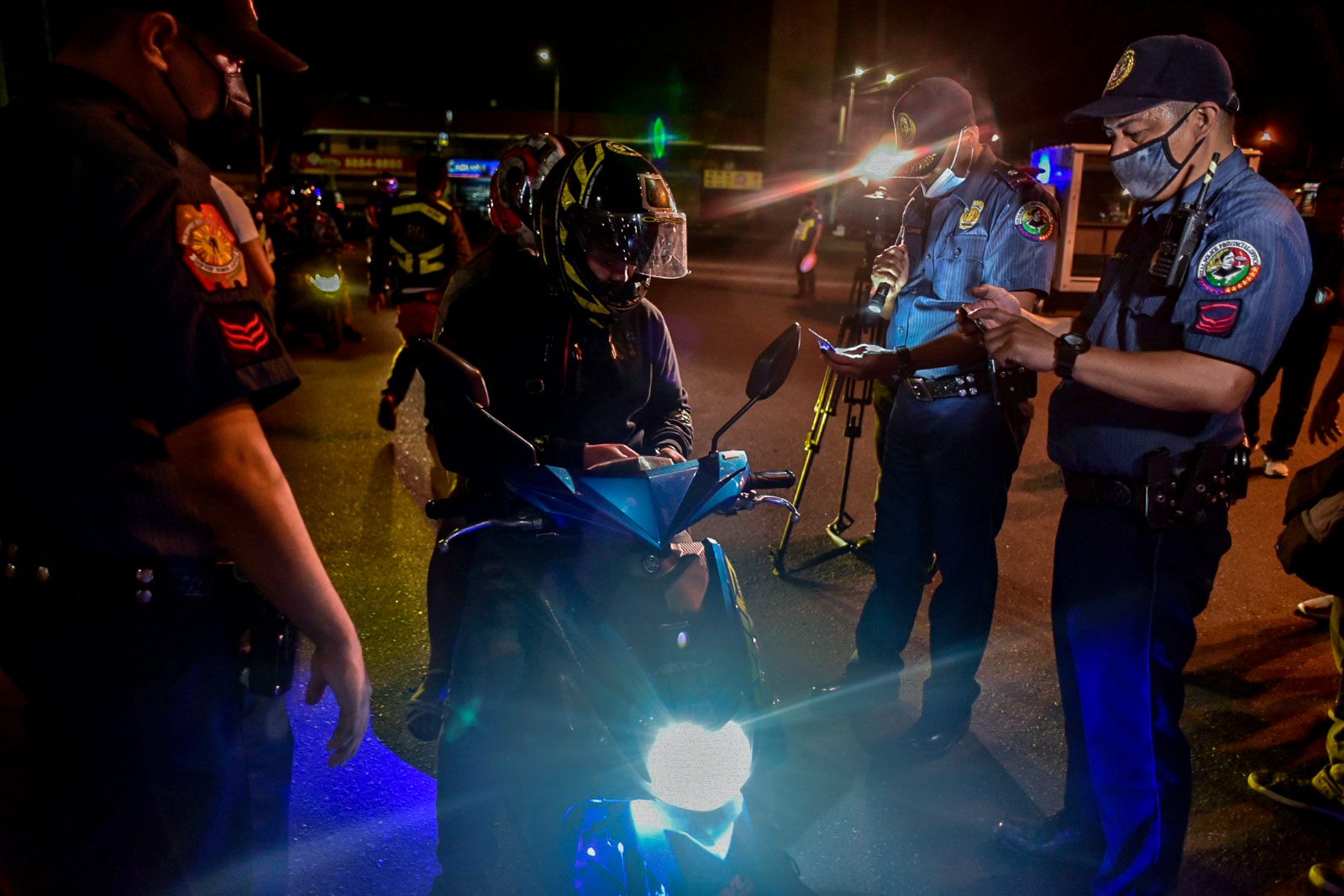 Facebook Twitter Copy URL
Copied
Some 3,777 were fined and 48,273 were warned for violating what the government calls the ‘enhanced community quarantine'

MANILA, Philippines – Over 17,000 people have been arrested across the Philippines for coronavirus lockdown-related violations, data from the Philippine National Police (PNP) as of Monday, March 30, showed.

Some 17,039 people have been arrested for “curfew or disobedience” violations from March 17 to 29. Of this number, 2,521 were from Metro Manila, and 7,627 were from other regions. This means that they either have curfews allegedly implemented by their local governments or they allegedly refused to follow authorities implementing the lockdown.

The massive arrests come after Philippine courts cut down their operations and closed their night courts, limiting the number of cases they can tackle at a time.

The arrests are part of the 69,089 lockdown and curfew violations across the country. Of that number, 3,777 were fined and 48,273 were warned instead. The arrests have sparked controversy after cops, along with barangay officials, were documented executing arrests allegedly with human rights violations.

LGUs, according to Eleazar, have appealed to them “not to be lenient on curfew violators, citing their own hardships in convincing their constituents to follow” the ECQ guidelines.

Since March 17, Metro Manila and provinces with coronavirus cases have been on lockdown, or enhanced community quarantine, which involves restricting people to their homes save for when they are procuring essential needs or leaving their homes for work permitted by the government.

The lockdowns were declared in an attempt to “flatten the curve” – to prevent the spread of the highly infectious coronavirus disease or COVID-19.