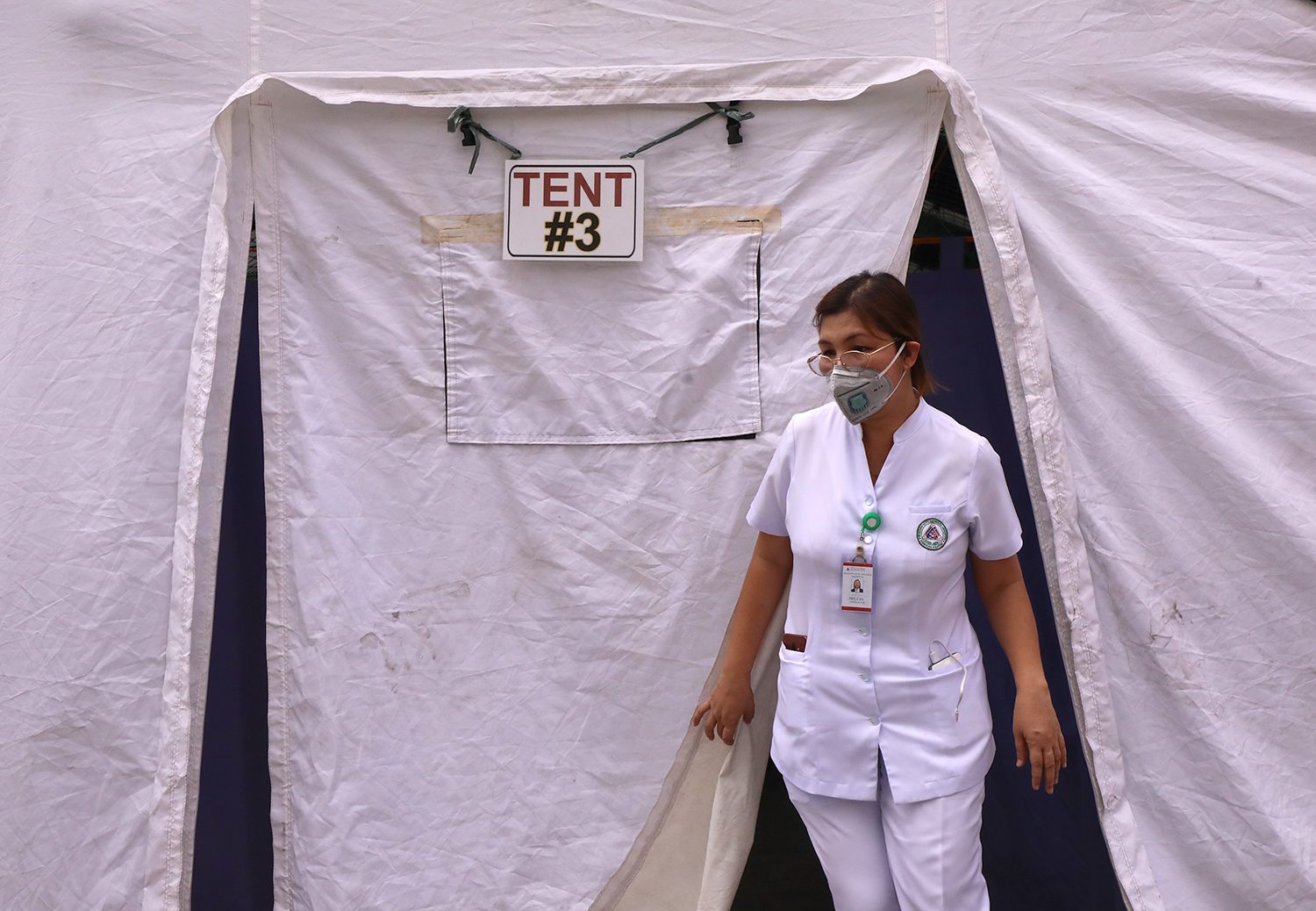 MANILA, Philippines – Health workers who are experiencing mild symptoms will now be tested for the coronavirus disease.

In a press briefing on Tuesday, March 31, Department of Health (DOH) Undersecretary Maria Rosario Vergeire said they are amending their COVID-19 testing protocol to include health workers since they are part of the “vulnerable” population.

According to Vergeire, DOH has received phone calls from health workers saying they were exhibiting symptoms, but were not prioritized for testing.

In its testing protocol released on March 16, only patients with severe symptoms of the disease, the elderly, and pregnant women would be prioritized for testing. (READ: When should you get tested for coronavirus?)

The DOH had been criticized for allegedly prioritizing government officials for COVID-19 testing even if they didn’t show symptoms of the disease, at a time when patients experiencing severe symptoms were made to wait in hospitals due to the limited number of test kits. (READ: VIP treatment in coronavirus testing not a policy, says DOH)

In recent weeks, with the shortage of personal protective equipment (PPEs) and masks, some health facilities, volunteers, and groups have improvised and donated PPEs for medical frontliners. After calls for support, the DOH announced on Monday, March 30, that it has bought P1.8 billion worth of PPEs for the heath workers.

The Philippine Medical Association said 12 Filipino doctors have died in the country from the coronavirus as of Sunday, March 29.

As of Tuesday, the Philippines has 2,084 confirmed cases of coronavirus, with 88 deaths and 49 recoeveries. – Rappler.com