Charges filed vs QC residents who demanded help amid lockdown 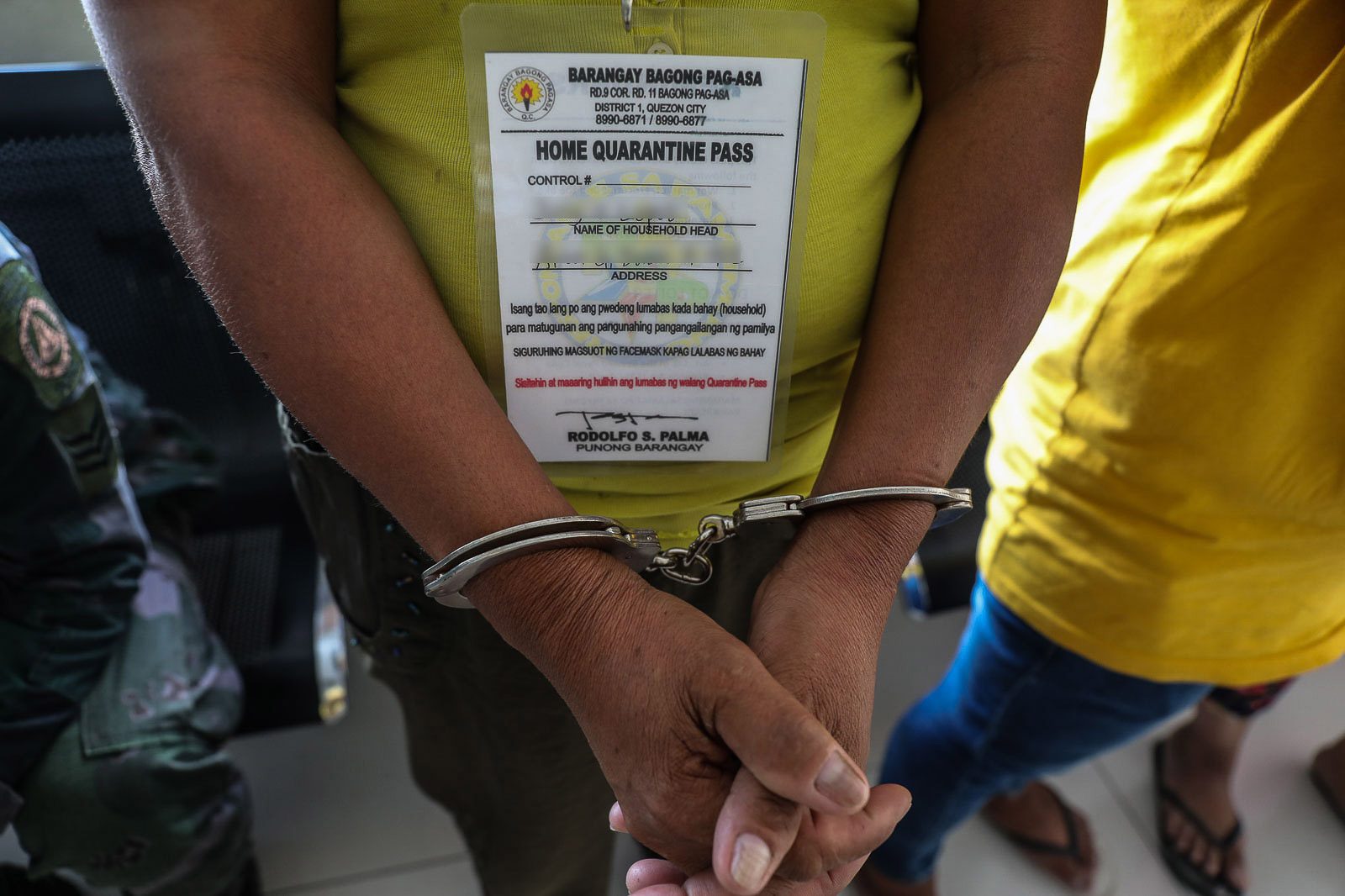 Facebook Twitter Copy URL
Copied
'We ask the government, where is your sense of humanity, if not justice? Your poor people are dying of hunger and you treat them as criminals,' says the National Union of Peoples' Lawyers

MANILA, Philippines – Formal charges were filed against 21 residents of San Roque, Quezon City (QC), who were arrested by police after demanding help and protesting without a permit amid the Luzon lockdown.

The movement of people within of the National Capital Region and the 38 provinces of Luzon island is being limited by government as a strategy to contain the spread of the novel coronavirus. Public transportation and most work operations and economic activities have been suspended, leaving many poor families without food and income.

“With great anguish we announce that formal charges were filed today against the San Roque 21, QC residents who had queued up for supposed aid and were arrested on April 1, 2020,” Kristina Conti of the Public Interest Law Center said in a Facebook post on Friday, April 3.

Conti also posted a copy of the inquest resolution where QC Assistant Prosecutor Irene Medrano recommended the filing of 5 separate charges against the 21 residents:

“The courts have, however, closed for the week; thus they will only entertain processing of bail and release on Monday, [April 6]. The San Roque 21 will spend the weekend in jail,” Conti said in her post.

In a separate statement, the National Union of Peoples’ Lawyers (NUPL) slammed the “wild and baseless charges” filed against the residents.

“The San Roque 21, whose only crime was to be poor, obscure, and dispensable, will have to spend the weekend in a cramped jail separate from their families,” said NUPL, who is providing pro bono legal assistance to the 21 residents.

NUPL said the relatives of the so-called “San Roque 21” raised in a petition “the absurdity and absence of any factual, much less legal, basis of their arrest and detention.”

“Contrary to the false and bigoted narrative of the control police and unthinking, even matapobre government officials, the San Roque 21 were not an organized group rallying along EDSA, even as the urban poor group Kadamay has expressed their solidarity and commiseration. They were simply too hungry and too poor to pass up the chance; they fell prey to, and did not purvey, fake news borne by desperation,” the NUPL said in the statement.

NUPL said the residents were not “rioting, agitating for trouble, or challenging the authorities” for “political ends.”

“We ask the government, where is your sense of humanity, if not justice? Your poor people are dying of hunger and you treat them as criminals. We hope you sleep well on your full stomachs even as the poor start to die in despair. What great social distance indeed,” the statement read.

The 21 residents were arrested Wednesday, April 1. QC police said they tried negotiating with the residents to go home, “but they insisted, so we had no choice but to implement the law.”

Later that day, President Rodrigo Duterte said in an impromptu televised address that he ordered police and soldiers to “shoot” residents causing “trouble” during the lockdown, which will last until April 14 in Metro Manila.

As of Friday, the Philippines has 3,018 confirmed coronavirus cases, with 136 deaths and 52 recoveries. Globally, the cases have breached over a million, with over 53,000 deaths. – Rappler.com