Galvez: 15 to 20-day extension of Luzon lockdown being studied

Apr 4, 2020 7:46 PM PHT
JC Gotinga
Facebook Twitter Copy URL
Copied
It would be ‘premature to make an announcement,’ but an extended lockdown is a ‘big possibility,’ says the chief implementer of government plans in quelling the pandemic 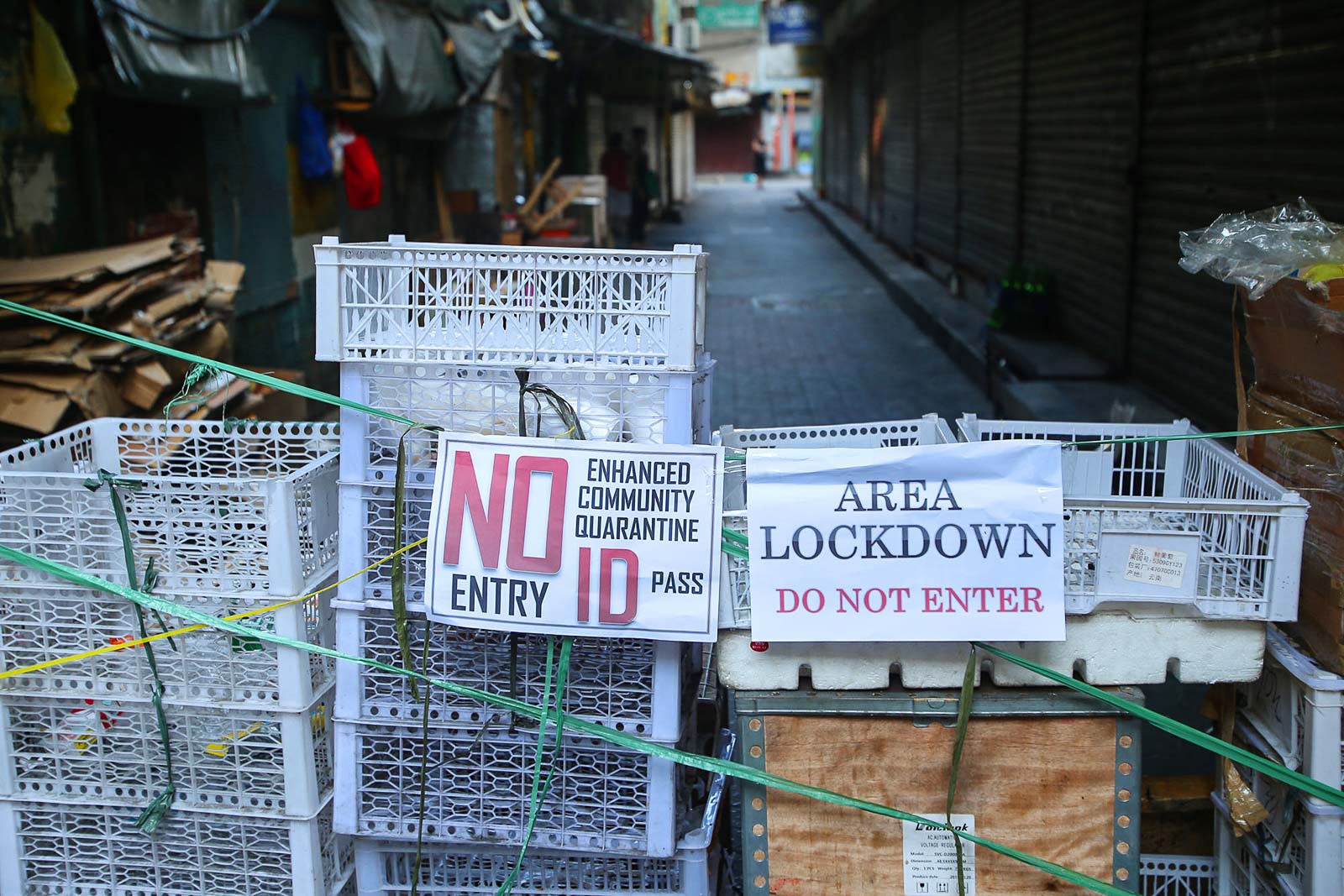 MANILA, Philippines – It’s too early to tell, but the government is studying whether to extend the “enhanced community quarantine” or lockdown of Luzon by another 15 to 20 days after its scheduled end on April 12, said National Task Force (NTF) COVID-19 chief implementer Secretary Carlito Galvez Jr on Saturday, April 4.

While it’s “premature” to make an announcement at this point, Galvez said scientists and doctors specializing in epidemics are studying reference models from other countries in terms of “flattening the curve” or slowing down the rate of the spread of the novel coronavirus.

It would be difficult to “rush into normalcy” only to revert to another lockdown if it turns out the infection rate is still escalating, he added.

(So with that, what we’re seeing is that one of the big possibilities is we will have an extension of 15 days or maybe 20 days so that we can really sustain it. Because right now, it’s still rising, it hasn’t plateaued.)

The lockdown of Luzon island, home to roughly half the national population, began on March 17. Metro Manila, the capital region, has been on lockdown since March 15.

The prospects of a longer lockdown are being discussed by the Inter-Agency Task Force (IATF) on emerging infectious diseases with President Rodrigo Duterte.

Earlier on Saturday, the IATF said the government is looking at trends in the COVID-19 epidemiological curve, the capacity of the health care system, as well as social, economic, and security factors as parameters in deciding whether to extend the Luzon-wide lockdown.

The NTF is in the thick of converting several large venues in Metro Manila and other parts of the country into quarantine facilities. Galvez said many of them should be ready by April 11.

The Rizal Memorial Sports Complex in Manila is the first expected to be ready – by April 6, Galvez earlier said – and it will house 200 beds. Along with the World Trade Center and the Philippine International Convention Center’s tent pavilion in Pasay City, the first national quarantine facilities will be able to take in up to 1,200 persons under investigation (PUI) and persons under monitoring (PUM) by next week.

A PUI is someone who has two or all of the following:

Meanwhile, a PUM is someone who has a history of travel to a virus-hit country or exposure to a coronavirus patient.

Galvez said the Department of Health has started “massive testing” of PUIs and PUMs following the delivery of at least 168,000 testing kits from China, Singapore, and South Korea. Even more kits will soon be available, including the ones developed by a group of scientists from the University of the Philippines.

As more cases of the virus are confirmed, the government plans to trace each patient’s contacts – who would then be PUMs or, if they have symptoms, PUIs – and transfer them to national quarantine facilities.

The goal is to isolate as many possible carriers of the virus as possible in order to arrest its spread, Galvez earlier said.

As of Saturday, the Philippines has recorded 3,094 confirmed cases of COVID-19, with 144 deaths and 57 recoveries. – Rappler.com