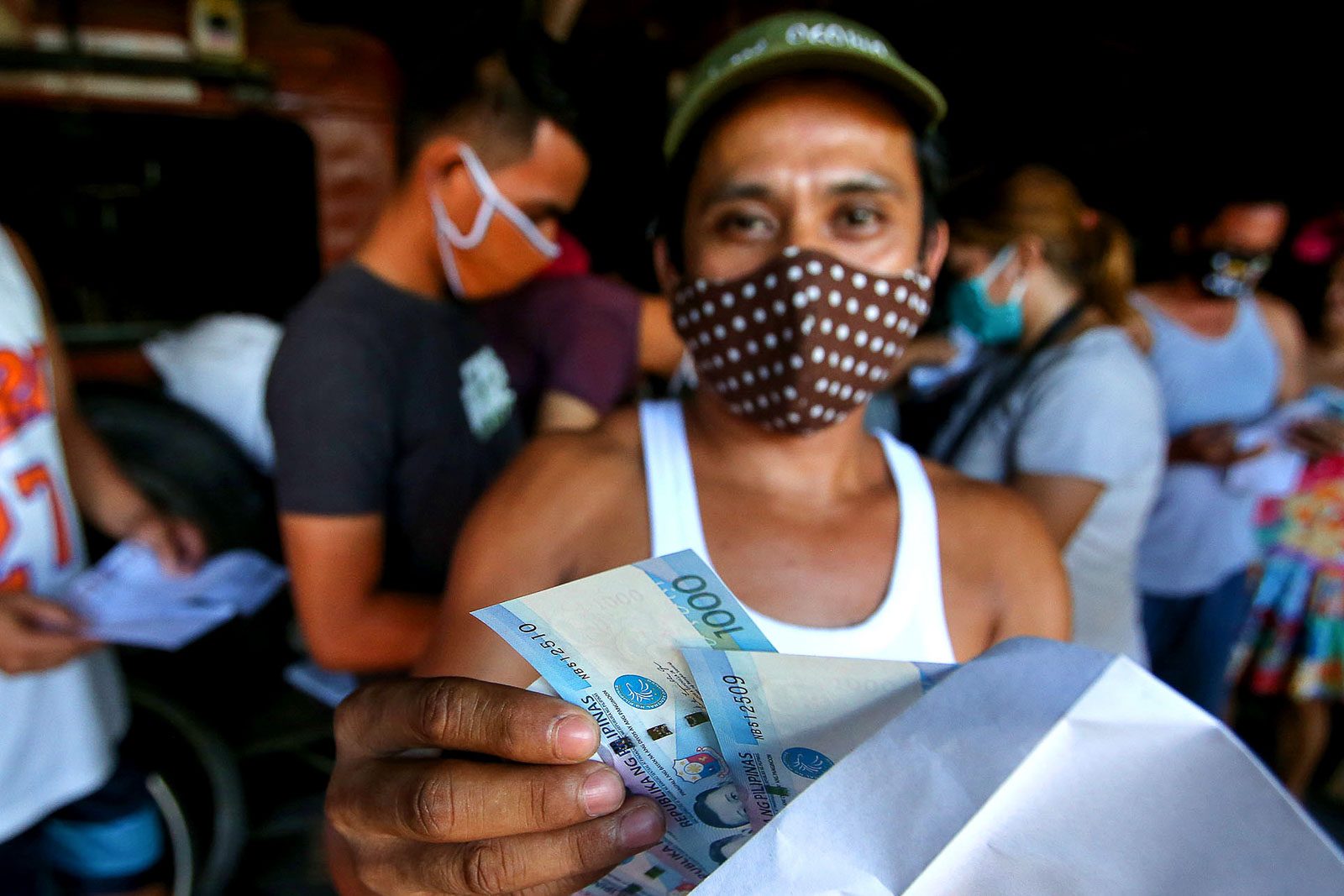 MANILA, Philippines – The Metro Manila Council (MMC) urged the social welfare and finance departments to “reinstate” the original number of beneficiaries eligible for the cash aid to low income households.

The MMC, the governing body of the 17 Metro Manila mayors, issued Resolution No. 20-07, as local officials complained against the “quota system” imposed on the distribution of the social amelioration program.

“The Metro Manila Council urges the Department of Social Welfare and Development-National Capital Region and/or the Department of Finance, to reinstate the original number of target beneficiaries of the 17 Metro Manila Local Government Units for the purposes of distribution of the social amelioration packages in connection with the COVID-19 enhaced community quarantine,” the resolution read.

Under Republic Act No. 11469 or the Bayanihan to Heal as One Act, 18 million low-income families will receive a subsidy of P5,000 to P8,000, depending on the region. In Metro Manila, low-income households will receive the maximum of P8,000 per month for April and May, given the higher minimum wage in the region.

DSWD spokesperson Irene Dumlao on Tuesday clarified that the department does not have a quota for the cash aid.

“We don’t say quota. We have an indicative number of target beneficiaries,” she told reporters.

Senator Sherwin Gatchalian, a former mayor of Valenzuela, had posted on his Twitter account on April 2, that DSWD will provide cash aid to 95,000 families. Valenzuela, the senator said, has 155,000 families, according to the 2015 census.

In Muntinlupa, some 64,478 families, including Pantawid Pamilyang Pilipino Program beneficiaries, will benefit from the social amelioration program, out of its 109,585 households in the city, according to a post on April 4.

The DSWD has yet to release the actual breakdown of beneficiaries per city and municipality.

The MMC on Monday also approved Resolution No. 20-07, which urges the Metro Manila local councils to pass an ordinance penalizing discrimination against health workers.

The Metro Manila mayors “strongly recommended” that local councils pass an ordinance that “prohibit and penalize acts of discrimination and violence such as, but not limited to, libel, slander, physical injuries, and the dishonor of contractual obligations such as contracts of lease or employment.”

Cabinet Secretary Karlo Nograles has earlier threatened legal action against those who discriminate against frontliners. (READ: Frontliner attacked in Quezon for parking ambulance inside subdivision)

According to Nograles, the  Inter-Agency Task Force on the coronavirus outbreak had received reports that frontliners and those suspected with the virus were disrespected, harassed, or physically hurt. (READ: Evicted, banned from eateries: Frontliners face discrimination in Iloilo City)

As of Tuesday, April 7, the Philippines has 3,764 coronavirus cases, 177 of whom have died. The government announced early Tuesday that the “enhanced community quarantine” or lockdown for the entire Luzon will be extended until April 30, from the original April 12. – Rappler.com