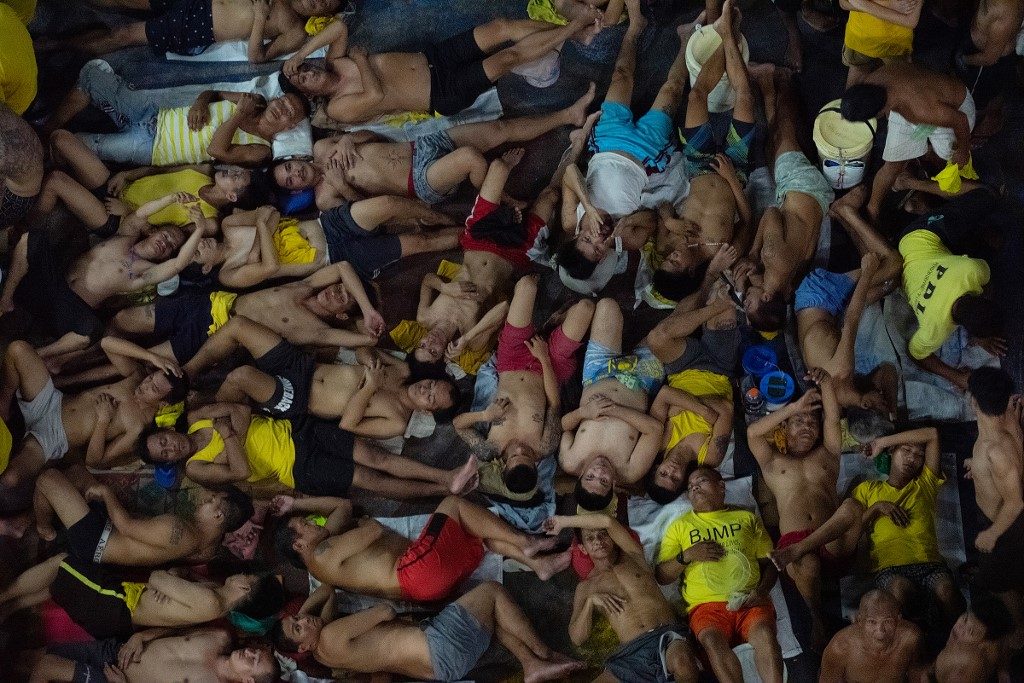 Facebook Twitter Copy URL
Copied
The Department of Justice says it ordered the release of old and sickly prisoners even before the coronavirus outbreak. Groups say these vulnerable inmates remain behind bars.

MANILA, Philippines – The Department of Justice (DOJ) said it ordered the Bureau of Corrections (BuCor) and the Board of Pardons and Parole (BPP) to fast-track the release of elderly and sick persons deprived of liberty (PDLs) even before the coronavirus outbreak.

The statement comes as various groups and individuals have called for the release of vulnerable PDLs, given the rising number of coronavirus cases in the Philippines.

Last Wednesday, April 8, at least 22 PDLs asked the Supreme Court to release them on humanitarian grounds.

Justice Secretary Menardo Guevarra declined to comment on the petition, but said that the department already gave orders to concerned agencies before the crisis.

“Let me tell you that even before COVID-19 broke out, the DOJ had already directed the Bureau of Corrections and the Board of Pardons and Parole to speed up the release of…old and sickly PDLs,” he said.

The House of Representatives justice committee has also recommended the temporary release on bail of low-level offenders, as well as sick and elderly prisoners, through a 6-page document signed by committee chairperson Vicente Veloso.

The Department of Social Welfare and Development (DSWD) on Sunday, April 12, said it “fully supports” the recommendations because the elderly and the sick PDLs are vulnerable to the virus.

“Staying in crowded jails would expose them to greater risk of contracting the disease, aggravating their situation,” the DSWD said.

“DSWD hopes that all concerned agencies will be able to immediately consider this proposal and ensure that compassion and humanitarian considerations will be upheld during this time of public health crisis.”

Several groups also expressed concern over conditions in the country’s prison system, which suffers from congestion and lack of basic necessities. (READ: ‘Catastrophic’ situation in jails feared if ‘low-risk’ prisoners not released)

But authorities assured the public that they have set up protocols against the virus.

The BuCor, according to spokesperson Gabriel Chaclag, established isolation areas for flu cases. It also distributed disinfectants and protective gear to PDLs and personnel.

PDLs were oriented about the situation outside, he added.

“They now believe that they are safer inside,” Chaclag said.

As of Sunday, the Philippines has 4,648 cases of the coronavirus, with 297 deaths and 197 recoveries.

Several countries, including India and Afghanistan, have ordered the release of thousands of prisoners to stem the spread of the virus, in line with the recommendation by United Nations rights chief Michelle Bachelet. (READ: LIST: Countries releasing prisoners over coronavirus fears) – Rappler.com