PH among riskiest countries to be in during coronavirus pandemic 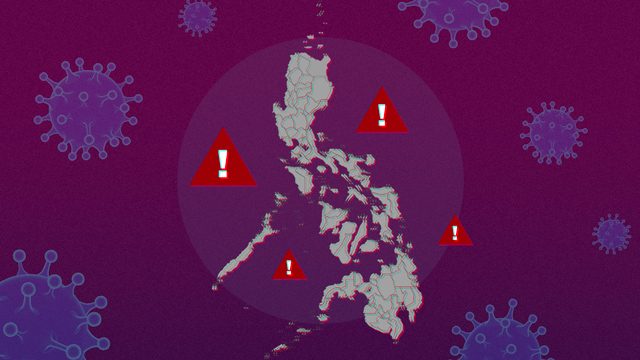 MANILA, Philippines – The Philippines ranked 9th among the riskiest countries to be in during the coronavirus pandemic, according to a recent analysis of global pandemic data.

Data analysis by a team of experts from the consortium Deep Knowledge Group revealed that the Philippines is among the top 10 countries facing serious risks during the ongoing pandemic, together with Italy, the United States, the United Kingdom, Spain, France, Sweden, Iran, Ecuador, and Romania.

Europe is currently the continent worst hit by the pandemic, with Italy, Spain, and France reporting more than 100,000 infections as of Wednesday, April 15. The United Kingdom, meanwhile, has the highest daily number of new cases in Europe. The Philippines also ranked the lowest – 20th place – in the list of the safest countries in the Asia-Pacific region to be in during the pandemic. South Korea, which for a time had the world’s second largest outbreak, tops the list, while Myanmar, Cambodia, Sri Lanka, Nepal, Laos, Bangladesh, and Indonesia joined the Philippines at the “low level.” Deep Knowledge Group founder Dmitry Kaminskiy said in a Nikkei Asian Review report that Bangladesh, Indonesia, and the Philippines, being at the bottom of the Asia-Pacific list, are likely to face “quite negative dynamics” in the coming weeks. He also lamented in the article about the “inefficiency of government management” particularly in the Philippines.

The group’s deep analysis also revealed the top 40 safest countries to be in during the pandemic, with Israel, Germany, South Korea, Australia, China, New Zealand, Taiwan, Singapore, Japan, and Hong Kong making it to the top 10. In a Forbes article, Deep Knowledge Group co-founder and managing partner Margaretta Colangelo said they adapted their existing analytical frameworks to the pandemic landscape, with a team of experts collecting and analyzing data generated for 200 countries worldwide.

“To communicate the insights in a practical way, the analysts developed a ranking system. The rankings can be used as a tool for businesses and governments to aid in effective decision making and could assist response efforts to maximize health, stabilize economies, and help communities reopen for business,” Colangelo said.

For the risk-ranking framework, countries were benchmarked “according to their levels of risk, according to a variety of medical and non-medical factors, including risk of infection, hospitalization, death and lasting health conditions, as well as the country’s risk of negative economic, quality-of-life and geopolitical issues resulting from the pandemic.”

As of Wednesday, the Philippines has 5,453 coronavirus cases, with 349 deaths and 353 recoveries. Worldwide, the deadly virus has infected over 2 million people and killed at least 131,000. – Jee Y. Geronimo with reports from Agence France-Presse/Rappler.com