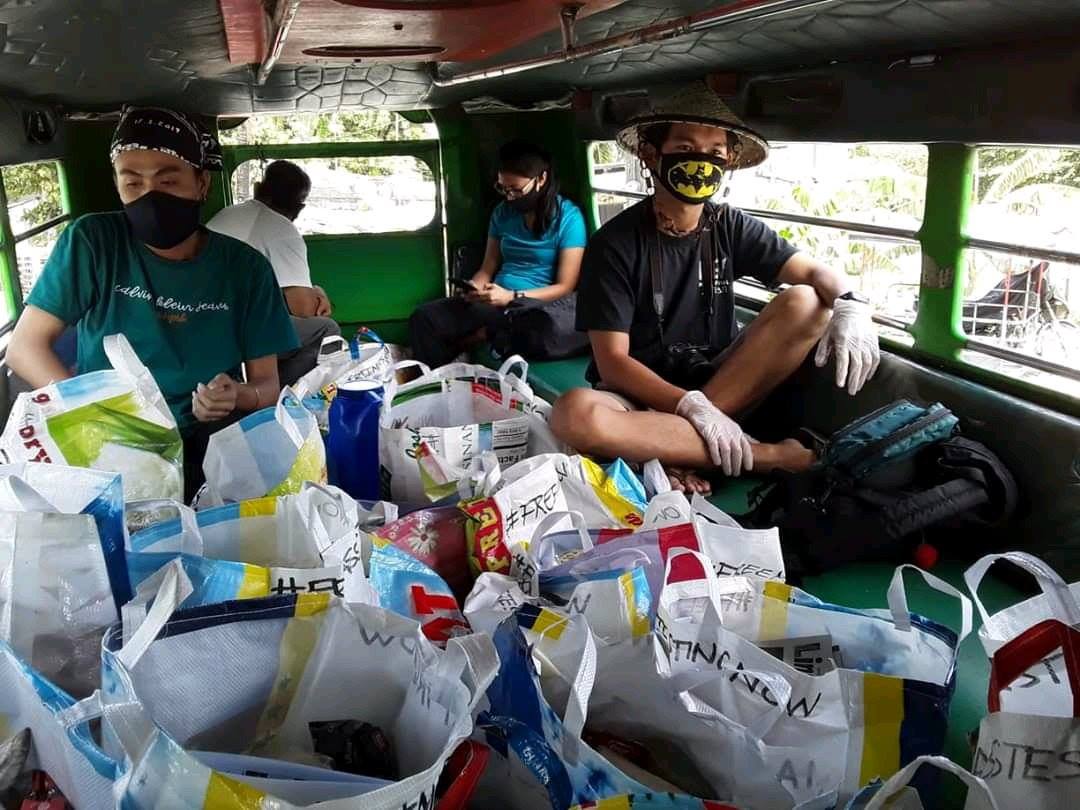 ALBAY, Philippines – National fishers group PAMALAKAYA said on Monday, April 20, that its relief operations volunteers were issued food passes by the national director of the Bureau of Fisheries and Aquatic Resources (BFAR), contrary to the claim of another government official that these passes were unauthorized.

In a statement, PAMALAKAYA national chairperson Fernando Hicap called on the Department of Agriculture (DA) and BFAR to condemn the Norzagaray police and the Department of Interior and Local Government (DILG) for “invalidating the official food pass” that they have issued.

Hicap asserted that contrary to the statement of Interior Undersecretary Jonathan Malaya, they underwent the proper process in applying for the food pass, so that the delivery of relief packs to the distressed fishing and farming communities will not be hampered.

Hicap said that his group applied for the food pass for relief missions which the BFAR approved and issued on Friday, April 17.

It has an accreditation number BFAR-00-2020-22169, valid until June 30, 2020, and was signed by BFAR Director and Agriculture Undersecretary Eduardo Gongona.

PAMALAKAYA was able to use the same food pass for its relief operations in Bacoor, Cavite on Saturday, April 18.

The next day, its volunteers led by former Anakpawis representative Ariel Casilao were on their way to deliver relief goods in Norzagaray for those affected by the Luzon lockdown when they were apprehended and detained by the Norzagaray police.

The leftist Makabayan bloc of the House of Representatives said 6 relief volunteers, including the driver of the jeepney carrying the relief goods, were brought to the police station. Authorities did not give any reason why the group was detained.

“The illegal arrest and detention of our volunteers including Casilao is not only a violation of the people’s right to relief aid, but also a vile harassment against our humanitarian volunteers who are considered as frontliners for providing relief goods to the poor families,” said Hicap.

The vegetables that PAMALAKAYA distributed recently to the poor fisherfolk communities in Bacoor City, Cavite were products of farmers of Norzagaray town.

With the latest harassment, the second batch of relief distribution to fisherfolk communities in other barangays are now threatened, said Hicap.

“This illegal and immoral arrest could be one of the major blunders of the Duterte government’s continued effort to red-tag progressive organizations, reaching the point where one agency refuses to recognize the authority of another agency to issue food passes,” he added.

PAMALAKAYA is the lead organization for the Tulong Anakpawis and Sagip Kanayun, a relief operation drive by various peasant organizations conducting humanitarian aid and relief campaign to poor families affected by the coronavirus disease (COVID-19) and the enhanced community quarantine (ECQ). – Rappler.com