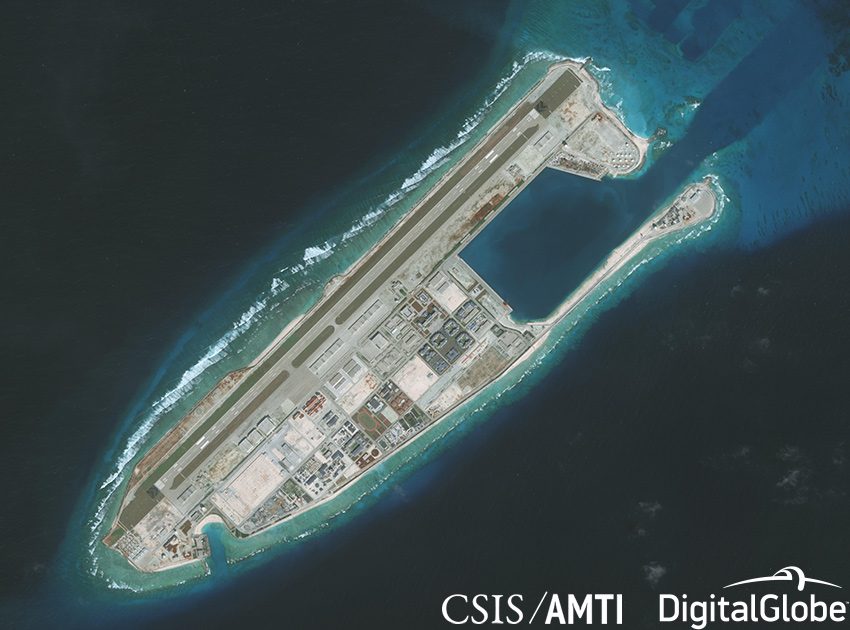 MANILA, Philippines – The Philippine government on Thursday, April 30, launched a strong protest against China following its recent naming of districts and maritime features in the West Philippine Sea, asserting the 2016 Hague ruling that invalidated Beijing’s excessive claims in the waterway.

Calling these actions a violation of Philippine sovereignty, the Department of Foreign Affairs (DFA) said it did not recognize the Chinese city of Sansha which the new South China Sea districts were part of, nor names given to some features in the Kalayaan Island Group (KIG).

“The Philippine government strongly protests the establishment of the so-called districts of ‘Nansha’ and ‘Xisha’ under the supposed administrative jurisdiction of its self-declared ‘Sansha City,'” the DFA said in a statement on Thursday.

“The Philippines also objects to and does not recognize the Chinese names given to some features in the Kalayaan Island Group,” it added.

What did China do? Last April 18, China announced it created two new districts in the South China Sea, which included the Paracel island group near Vietnam and the Spratly island group in the West Philippine Sea. Beijing said the new districts were placed under the control of the Chinese city of Sansha in Hainan province.

This was followed by China’s naming of 80 maritime features in the South China Sea, some of which were submerged in water. The move was viewed as a violation of international law and aggravated tensions in the volatile region.

The DFA on Thursday reiterated the Philippines has protested since 2012, China’s “unlawful establishment of Sansha City,” as well as its jurisdiction that encompassed Philippine territory and maritime zones in the West Philippine Sea.

“It (The Philippines) does not recognize Sansha, nor its constituent units, nor any subsequent acts emanating from them,” DFA said.

The DFA rejected this, callling it an “illegal” act. It asserted the Kagitingan Reef, which is within the Kalayaan Island Group, is an “integral part” of Philippine territory.

“The establishment and supposed extent of jurisdiction of ‘Sansha City’ of which the new two districts are part, violate Philippine territorial sovereignty over the Kalayaan Island Group and Bajo de Masinloc, and infringes on Philippine sovereign rights over the waters and continental shelf in the West Philippine Sea,” it added.

Asserting a victory. In objecting China’s claims, the Philippines cited the 2016 Hague ruling the Philippines won against China, which President Rodrigo Duterte has set aside in pursuit of broader political and economic relations with Beijing.

In doing so, the DFA said the “unanimous Award issued by the Tribunal constituted under Annex VII to the United Nations Convention on the Law of the Sea (UNCLOS) in the arbitration instituted by the Philippines, has comprehensively addressed China’s excessive claims and illegal actions in the South China Sea.”

The Philippines called on China to follow international law, including the UNCLOS and Association of Southeast Asian Nations declaration of conduct which urged parties to exercise self-restraint in activities “that would complicate or escalate disputes and affect peace and stability.”

China’s efforts to take control of the South China Sea come as countries grapple to contain the coronavirus outbreak, which spread from the Chinese city of Wuhan. Like the Philippines, Vietnam and the United States have condemed Beijing’s actions. – Rappler.com