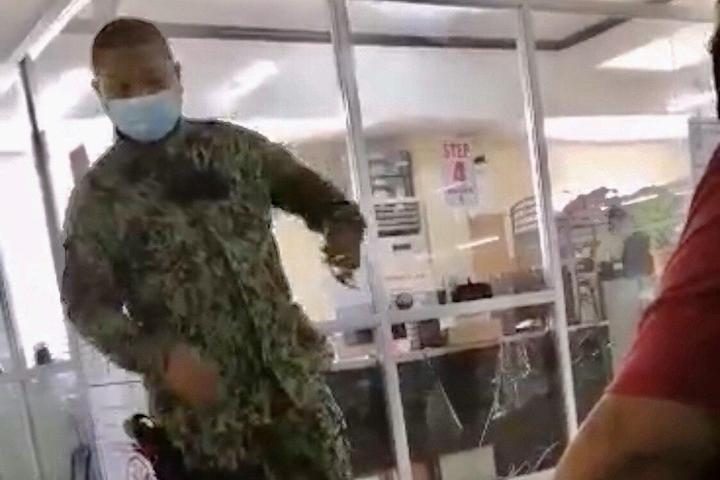 MANILA, Philippines (UPDATED) – About 10 volunteers of a community kitchen feeding program for the poor and disenfranchised under coronavirus lockdown were arrested on Friday, May 1.

Police arrested 7 jeepney drivers, two teachers, and one community volunteer with Gabriela at around 9 am after they cooked breakfast for a community of disenfranchised jeepney drivers while posting a placard that asked for help from the government.

Hours later, they were ordered to be set free by Marikina Mayor Marcelino Teodoro after finding that the cops “overreacted.” Teodoro said the placard was protected by freedom of expression to air their grievances.

They belonged to the loose volunteer group Bayanihang Marikenyo at Marikenya, which has been giving out food to poor communities in the city ever since the lockdown began in mid-March. (READ: ‘Walang-wala na’: Poor Filipinos fear death from hunger more than coronavirus)

One of the lead volunteers of the group, Zena Bernardo, told Rappler that this was the first time they faced cops over their relief work.

“Ang bayan namin ay bayan ng mabubuting ugali (Our city is a city of well-mannered people). Suddenly, we feel like we are criminals,” she said, adding that she is a fourth generation Marikina resident.

Bernardo rushed to the Marikina police base at the Marikina City legislative building to find out why cops detained her colleagues. She said cops were charging them for “illegal assembly.”

“Hindi kasalanan ang magpakain (It is not a crime to feed people),” she recalled them telling cops.

One lady cop, she recalled, chimed back: “Sige kumain kayo, kulong kayo ngayon (Go eat together and to jail now).”

Bernardo called on Marikina City Mayor Marcelino Teodoro to intervene in the case.

The incident comes after the arrest and illegal detention of former Anakpawis congressman Ariel Casilao and 6 relief volunteers when they were delivering relief goods on April 19.