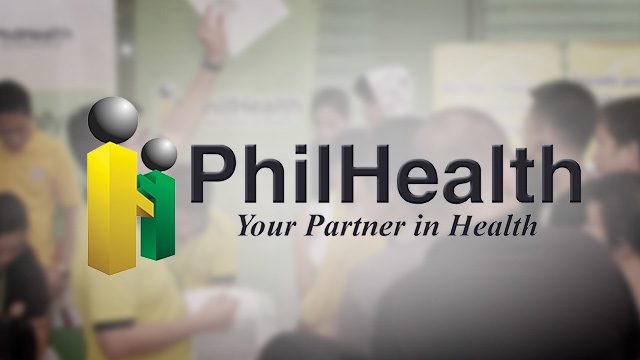 MANILA, Philippines (UPDATED) –The Philippine Health Insurance Corporation (PhilHealth) said on Monday, May 4, it is temporarily suspending collections for “all direct members” after its directive to increase the mandatory contribution of overseas Filipino workers (OFWs) to 3% drew flak.

Asked if the moratorium applies to all members, Morales told Rappler, “Originally until May 30, but now extended for [the] pandemic period. For all direct members.”

Later on Monday afternoon, PhilHealth announced the adoption of a flexible payment scheme wherein contributions from overseas Filipinos and self-employed members can be made within the year.

It is not clear if all direct members, such as those who are employed, can also give their contributions until the end of 2020.

Asked to further clarify, Morales told Rappler that the payment of contributions will be voluntary for all members, but PhilHealth will keep accepting payments from members who are willing and able to give their contributions in the meantime.

“They can still opt to pay or not to pay for the moment,” Morales told Rappler.

PhilHealth also announced it is clarifying and coordinating with Malacañang regarding President Rodrigo Duterte’s latest directive to make contributions voluntary for OFWs.

This came after Presidential Spokesperson Harry Roque said on Monday that Duterte ordered PhilHealth to make the payment of contributions voluntary for overseas Filipino, following widespread criticism of the government’s moves to hike premium rates during the coronavirus outbreak.

(The President has issued a directive to PhilHealth to make the payment of PhilHealth premiums voluntary for OFWs.)

Aside from this, Health Secretary Francisco Duque III had also called for the suspension of the provision in the Universal Health Care law increasing the premium payments of OFWs.

“We will recommend this to PhilHealth for their action. Meanwhile, we will reach out again to our stakeholders on this,” Duque said in a tweet.

As of Sunday, May 3, an online petition urging PhilHealth to scrap its directive to increase OFW contributions has collected more than 300,000 signatures since the campaign started in late April.

Their petition assailed PhilHealth Circular No. 2020-0014 dated April 2 which covers Filipinos abroad, says that for OFWs with monthly salaries between P10,000 and P60,000, their monthly PhilHealth contribution will be 3% of their salaries, up from 2.75% in 2019.

The monthly premium will increase by 0.5 percentage points every year afterwards until it reaches 5% by 2024.

The circular said that OFWs “are classified as direct contributors” under Republic Act No. 11223 or the Universal Health Care Act. Because of this, PhilHealth said, “payment and remittance of premium contributions is mandatory.”

The petition said that it is “already too much of them to ask for an interest rate and a penalty which is very unfair and inhumane for those who travel away from their families to work.”

“It is very unfortunate that they call OFWs modern heroes and yet they penalize us with such directives,” it added.

A joint statement of over 100 Filipino migrant groups worldwide also opposed the proposed collection, saying the increase “overburdens OFWs who are already troubled by retrenchments and loss of income due to the COVID-19 pandemic and recession.”

The groups then demanded a stop to the mandatory Philhealth premium exaction, enforcement of a “moratorium on all state exactions” during the coronavirus pandemic, removal of punitive penalties, and junking of the overseas employment certificate.

Meanwhile, in the same interview with DZMM, Morales denied that PhilHealth will bar OFWs from leaving the country if they fail to settle their premiums first. – with reports from Sofia Tomacruz/ Rappler.com