In rural areas of Cebu, ABS-CBN the only information source for some families 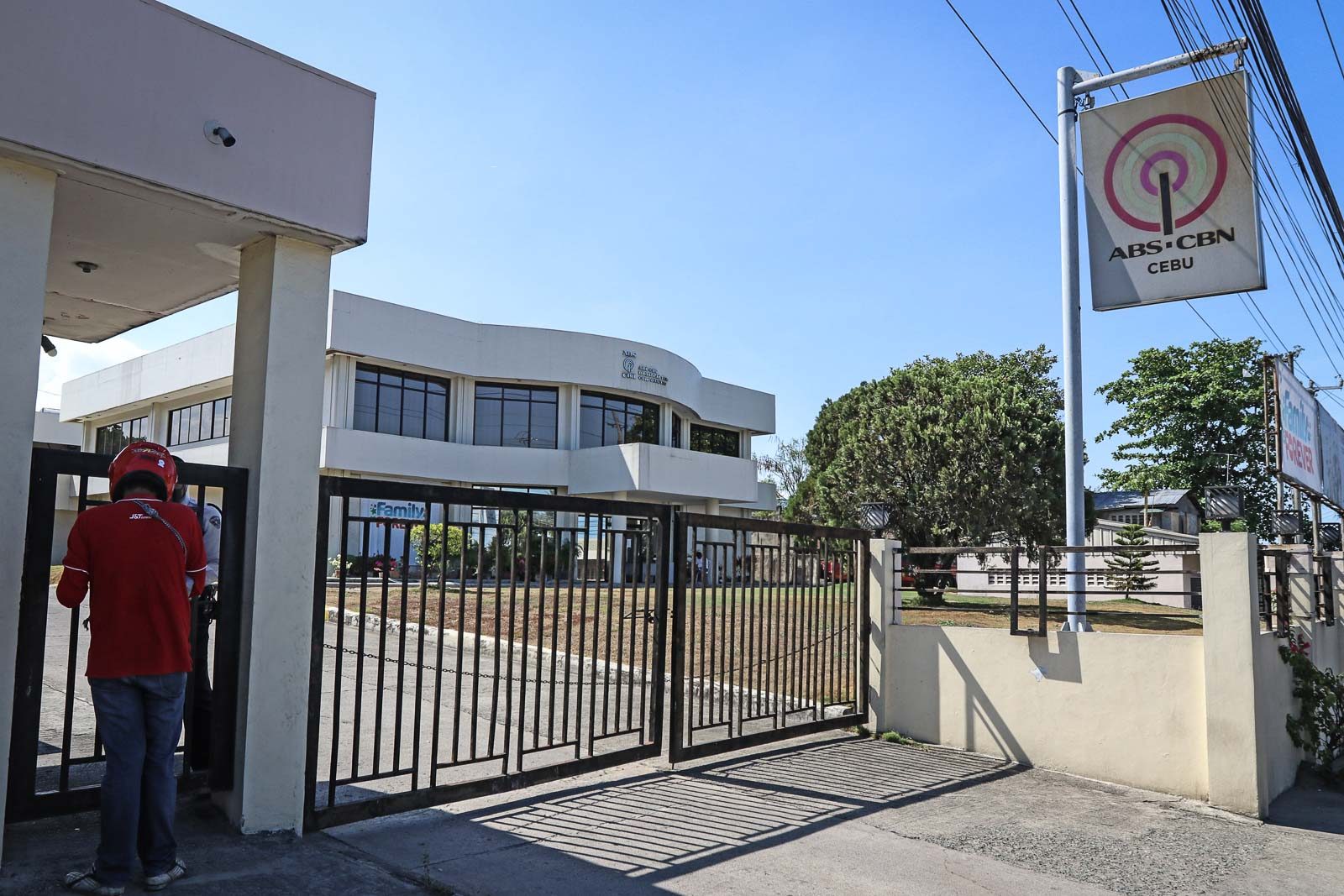 CEBU CITY, Philippines – Shortly after ABS-CBN went off the air after TV patrol at around 7:52 pm on Tuesday, May 5, Maurice Villaester, a technology company employee, received a text from his mother in Barili town in southern Cebu. (READ: ABS-CBN goes off-air after NTC order)

“Your father and grandfather are worried, there’s no more TV plus!” she said in Cebuano in her text message.

While the shutdown threatens the livelihoods of 11,000 people, it also affects those who rely on television and radio for information during the lockdown prompted by the coronavirus pandemic.

Villaester said his family heavily relies on the channel for both entertainment and news, especially ABS-CBN’s TV Patrol and TV Patrol Central Visayas.

‘Only source’ of info

“It doesn’t affect me as much because I only consume their media from time to time,” Villaester, who now lives in the city, told Rappler.

But in towns where internet is not as reliable or non-existent, taking away programming at this time means taking away a majority – if not all – of their information and entertainment.

“I hope that people would wake up to the truth of this administration’s stifling of press freedom,” the UP Cebu masscom graduate said. “I believe that they [ABS-CBN] are not perfect, but they should not be shut down either,” he added.

The shutdown was ordered by the National Telecommunications Commission (NTC), after the channel’s congressional franchise expired (READ: EXPLAINER: Can ABS-CBN operate past its franchise expiration date?)

While regional reporters – like their Manila-based counterparts – will continue producing stories for ANC, which is still on the air, and the website, many areas rely on the free-to-air station of ABS-CBN.

Their stories will still be broadcast through ABS-CBN Cebu and DYAB TeleRadyo’s social media platforms, but households without internet – who would get the content on TV or radio before – would no longer be able to access this news.

According to a 2019 SWS Survey, only 34% of those surveyed in the Central Visayas say they use the Internet regularly, compared to 39% in Mindanao, 48% in balance Luzon and 64% in Metro Manila.

“What would happen to those families in flar-flung communities that their only source of information is ABS-CBN?” Villaester said in a mix of Cebuano and English.

And at a time when Filipinos are confined to their homes, they’re also losing a way to keep themselves entertained. Villaester said his grandfather was especially upset that he’ll no longer be able to watch the long-running Ang Probinsyano on television.

ABS-CBN Cebu was relaunched in 1988, about 16 years after the TV network re-opened since it was closed by ex-dictator Ferdinand Marcos in 1972. The regional network offered news and entertainment content in the Cebuano language for the local audience.

UP Cebu assistant professor of journalism Jason Baguia said losing the biggest local newscast in the middle of a pandemic “endangers” members of the community.

“It endangers the public, for whom local news teams have served as watchdogs by raising clarificatory questions about policies and sounding the alarm against abuses,” Baguia said.

“To whom do we now delegate the responsibility of asking questions and objecting to abuses when the shuttering of local stations leave citizen-journalists fearing reprisals if they do the asking and exposing,?” he added.

“I felt orphaned in a way because it was ABS-CBN that took me in as a young reporter and mentored me to become the best I could possibly be,” she said.

Borromeo joined ABS-CBN Cebu in 1991 when the network was focusing on beefing up its regional operations. “Because we were the first to connect Filipinos from all over the country to the rest of the world, ABS-CBN became a part of Cebuanos’ daily lives,” she said.

The veteran local news journalist emphasized the importance their news coverage played in encouraging citizens to participate in local governance and democratic processes.

“When Cebuanos, for instance, felt the need to have their issues heard, our reporters became the go-to reporters to call,” Borromeo said. “With that link gone, it would be like being under a state of extended ECQ (enhanced community quarantine or lockdown) for the broadcast industry – when things could get utterly boring without the healthy discourse provided by ABS-CBN programs,” she added.

Borromeo held the roles of Cebu correspondent, senior reporter, and then news chief before resigning in 2000. After that she managed other local TV stations, and was also managing editor of local newspaper Cebu Daily News, which ceased print in 2018.

‘Left in the dark’

Shutting down a major media company in a time when people need reliable information is a cause for concern, University of San Carlos campus journalist Brynch Bonachita said in an interview with Rappler.

“The impact for this, especially since ABS-CBN is one of the primary sources of information, it means to say that a lot of people who consume information through ABS-CBN will be left in the dark,” he said.

Bonachita is also the Cebu coordinator for College Editors Guild of the Philippines.

“[It’s] crucial information that’s necessary in order for them to be able to at least navigate through the crisis that’s happening right now,” the campus journalist said.

“The move to shut down ABS-CBN is an assault to the people’s right to know,” he added.

From 3 daily local news programs in the early 2010s, Cebu is now left with only GMA News’ Balitang Bisdak after the closure of TV5’s regional station in 2017, and now ABS-CBN Cebu.

The Cebu Citizens-Press Council (CCPC) said in a statement that the shutdown was “destructive” in the face of a national emergency.

“The shutdown of ABS-CBN broadcast facilities diminishes Filipinos’ sources of information and entertainment and inevitably raises charges or suspicions of repression of the press,” the CCPC said.

“That is acutely more destructive in these trying months of national emergency.”

They urged congress to give ABS-CBN its fair hearing, the NTC to reconsider its decision, and said that the shutdown was causing more distraction and division when the country should be focusing on combating the pandemic.

“At a time when  full attention must be on the plague that afflicts the entire nation, the country is being distracted by the beating from  world  opinion,” the local press council said. “The controversy is also widening the division  among our own people, between those who condemn and those who cheer the closure of ABS-CBN.” – with reports from John Tan Sitchon/Rappler.com