May 9, 2020 11:53 AM PHT
Pia Ranada
Facebook Twitter Copy URL
Copied
The number of new cases continues to rise daily and the coronavirus' reproduction number is still above 1, says a math expert 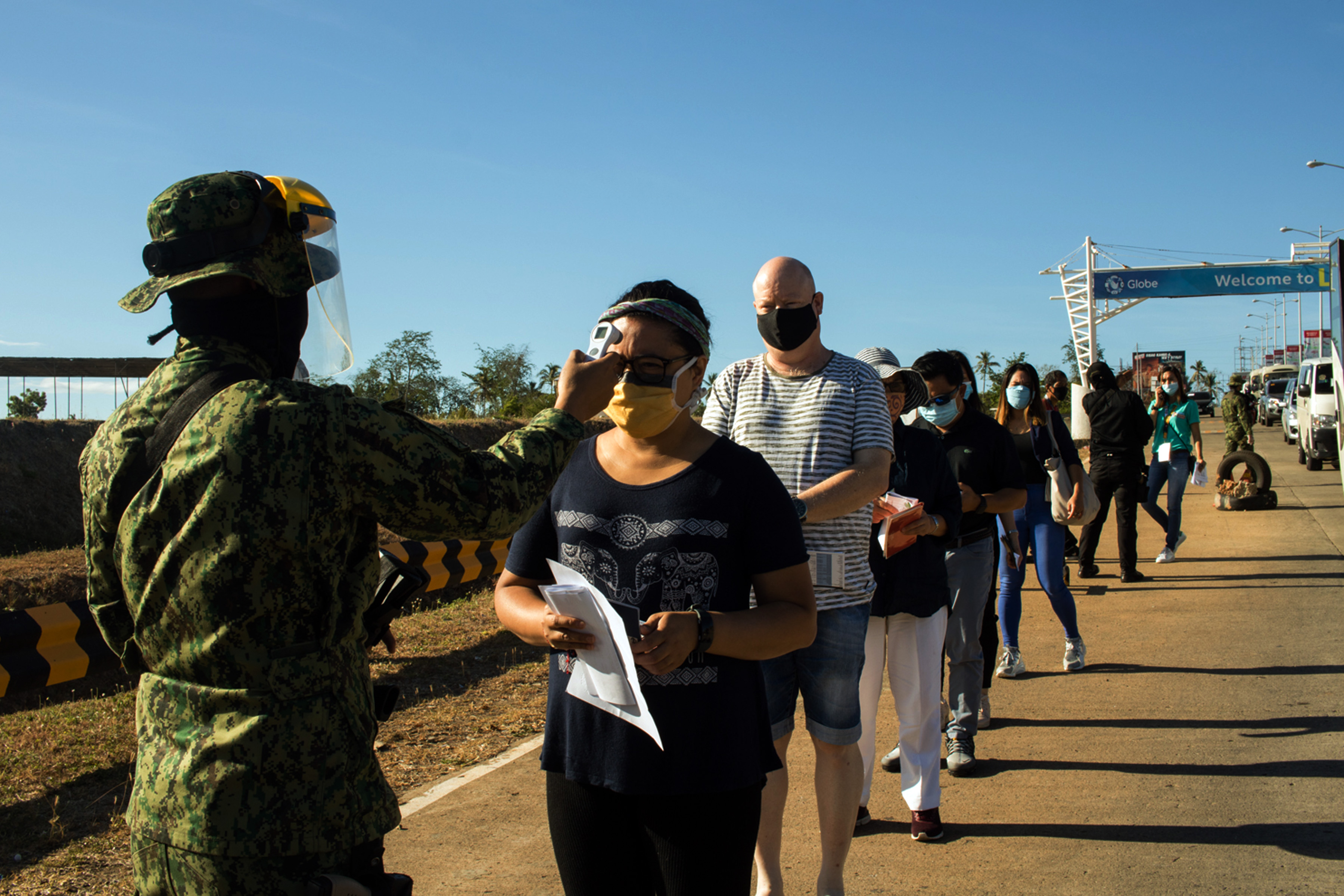 MANILA, Philippines – Is the Philippines already “flattening the curve” in its fight against the novel coronavirus?

While the Department of Health (DOH) and some doctors have made this claim, Ateneo de Manila University mathematics associate professor Felix Muga II said data don’t back this up.

In the Cure COVID virtual press briefing on Friday, May 8, Muga said 3 things show the curve has not yet started to flatten. (Watch the press briefing here.)

First, the epidemic curve or the number of daily new cases reported by the DOH continues to move upward. 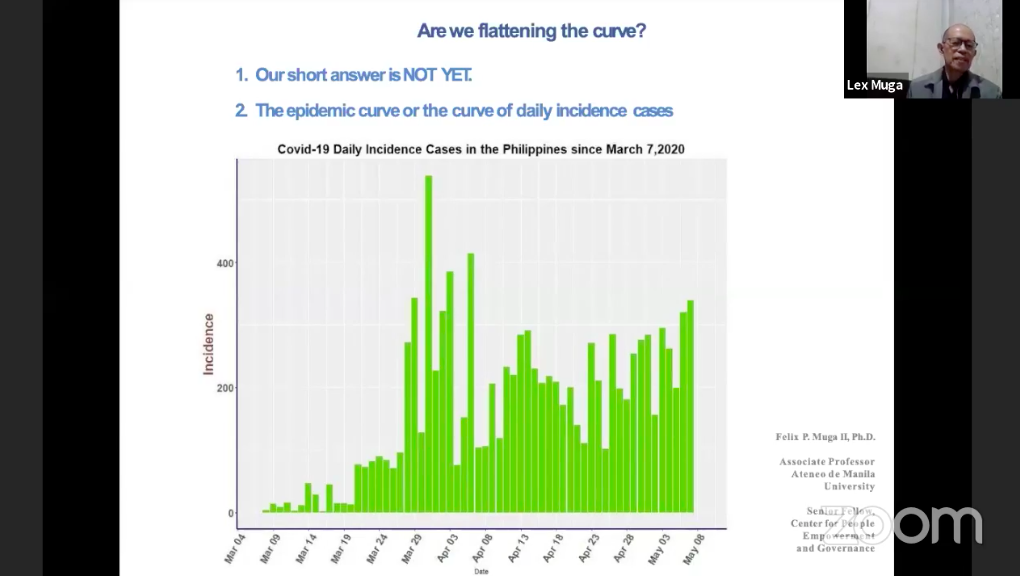 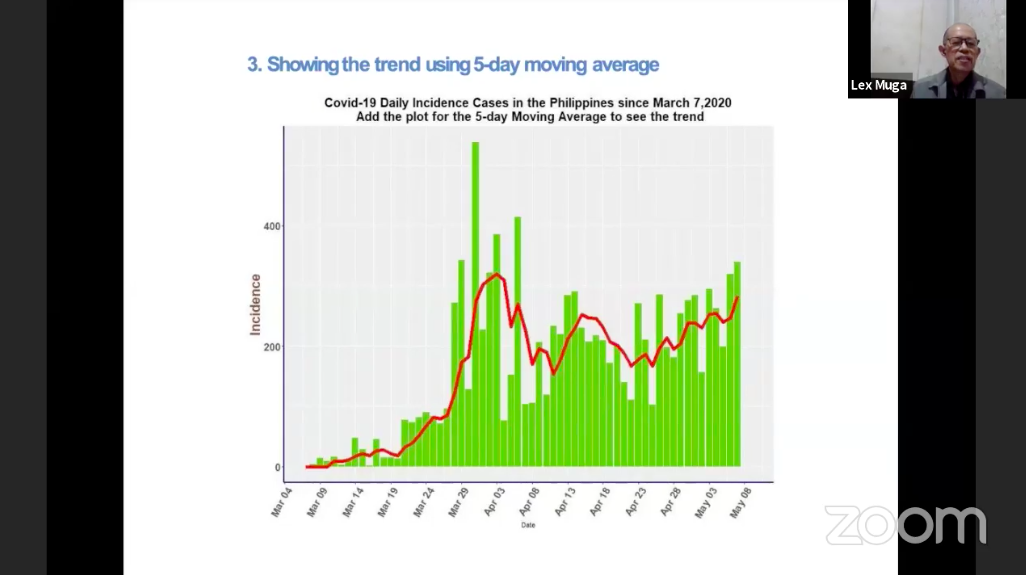 Graphing the 5-day moving average of the new cases per day also shows a line moving up, instead of down.

Study government graphs closely. The same goes for the linear graph of total number of coronavirus cases reported by the DOH every day. Because there are always new cases every day, this line continues to move up.

However, using the same data in a logarithmic scale graph shows the line flattening, one possible reason why some are claiming the Philippines has flattened its curve. 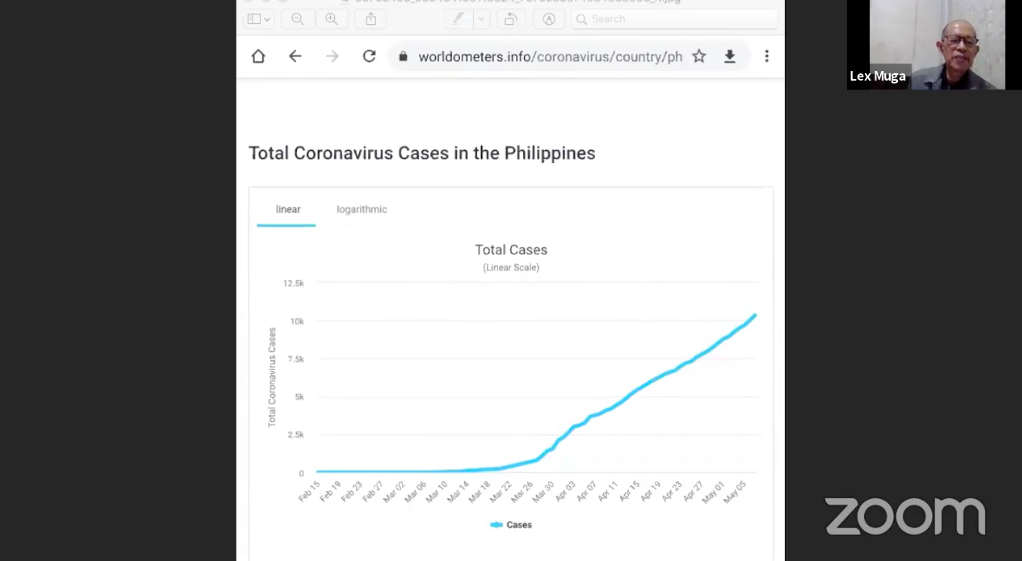 A logarithmic scale displays numerical data over a very wide range of values, with the largest numbers in data hundreds or even thousands of times larger than the small numbers.

Thus, a line that goes upward in a linear scale can appear to flatten in a logarithmic scale.

“What the DOH uses for its total cases is a logarithmic curve. They used a logarithmic scale in the Y axis, but if you use a linear scale the line really goes up,” said Muga.

He advised people to closely study the type of graphs used by authorities to present coronavirus data.

This “R” number is the number of people one COVID-19 positive person can infect.

To be able to say the virus is not spreading, the reproduction number must be below 1. Muga says the country’s R number is “just hovering over 1.”

But data does show a slower rate of case doubling, said Muga. 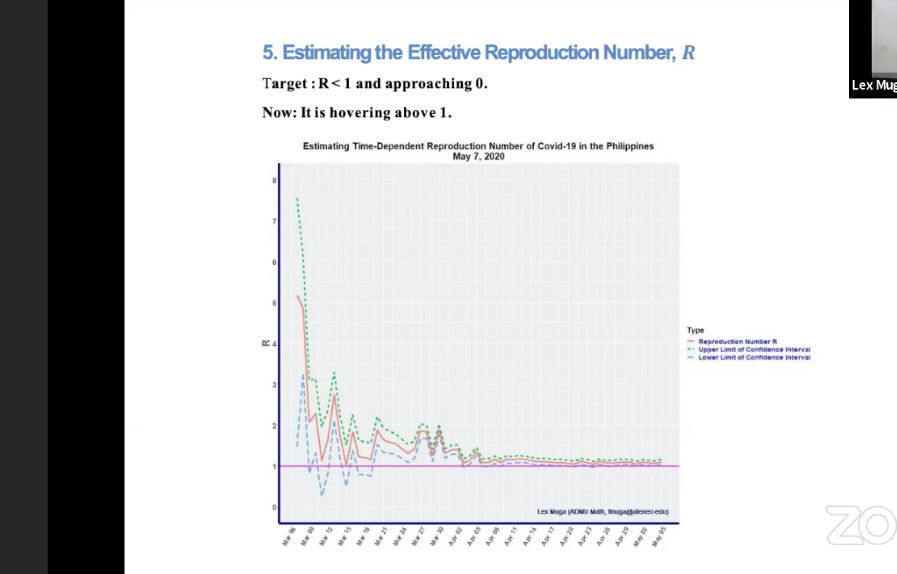 Before April 7, total active cases were doubling every 5 days. After April 7, this slowed down to a doubling rate of 42 days.

The DOH has pointed to a recently-achieved test positivity rate of 10% as basis for its “flattening the curve” claim.

Positivity rate is the percentage of people who test positive out of the total number of persons tested. The World Health Organization has told countries to gun for a positivity rate of 10% or lower.

The Philippines has 10,463 confirmed coronavirus cases and 696 deaths as of Friday, May 8. It has the third-highest number of cases in Southeast Asia, after Singapore which has over 21,000 cases, and Indonesia with 13,000 cases.

But the 10,463 number is expected to go up, not just because of truly new cases but because of the DOH’s “backlog” of cases, said Muga.

The DOH reported a total of 13,655 individuals who tested positive on May 7. The roughly 3,000 difference between this number and the total confirmed cases (10,463) still have to undergo validation, said Health Undersecretary Maria Rosario Vergeire.

But the Philippines continues to have a low testing capacity, averaging some 5,000 tests daily for its population of over 100 million. – Rappler.com