Metro Manila, Cebu City, Laguna under ‘modified’ ECQ until May 31

May 12, 2020 12:39 PM PHT
Pia Ranada
Facebook Twitter Copy URL
Copied
(2nd UPDATE) Eight regions will be placed under GCQ, while the remaining 8 will be under no quarantine measures but must follow health protocols 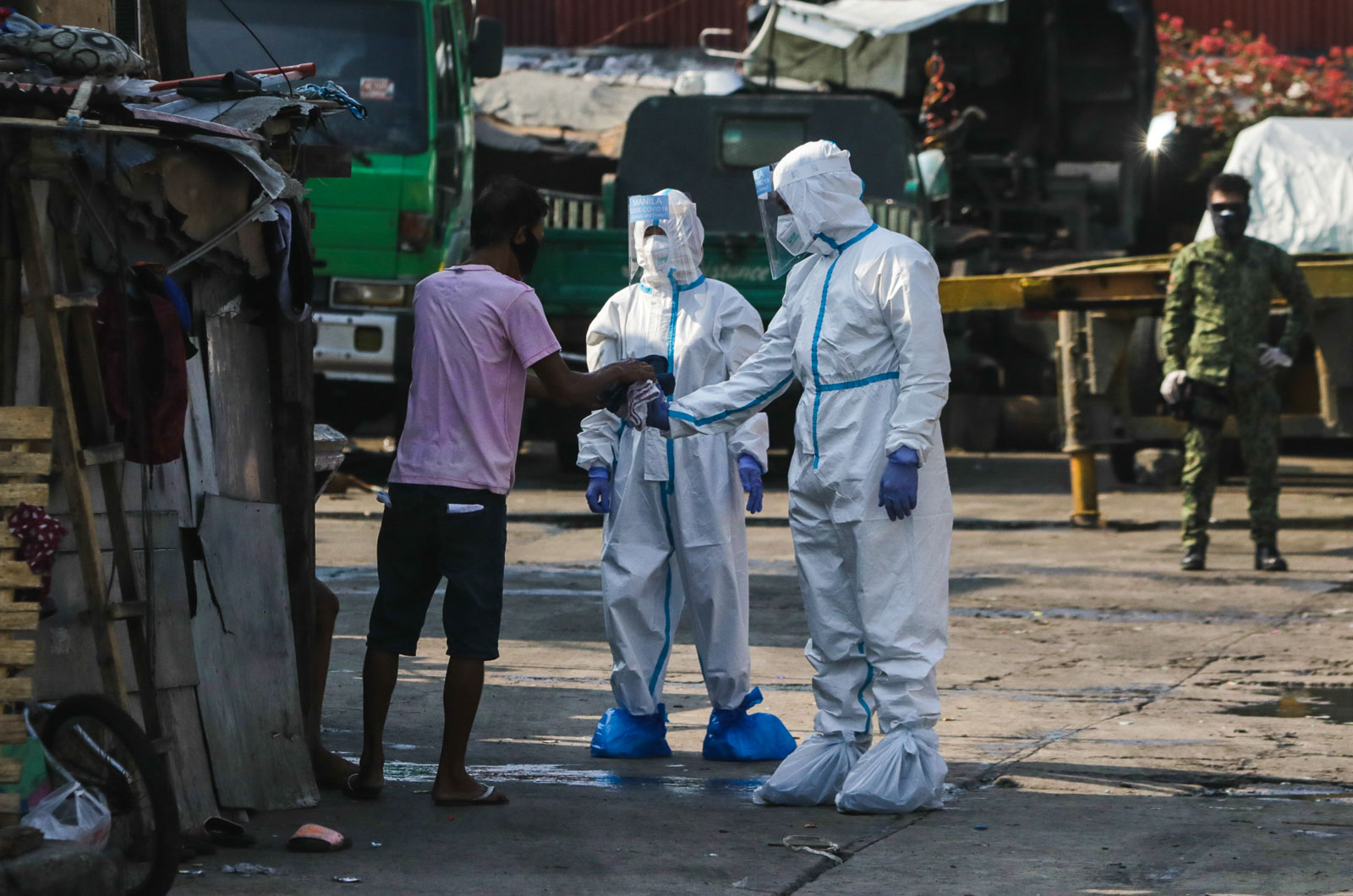 MANILA, Philippines (2nd UPDATE) – Only 3 areas will be placed under “modified” enhanced community quarantine (ECQ) from May 16 to 31 – Metro Manila, Laguna, and Cebu City.

Malacañang said on Tuesday, May 12, that in areas under modified ECQ, local governments can allow the limited resumption of public transportation, certain industries to operate at half capacity, and persons to leave their houses only for essential goods and work.

Eight regions will be under general community quarantine (GCQ) while the rest will not be under any quarantine at all but must follow health guidelines. This last classification is called “modified GCQ,” even if it imposes no strict quarantine or stay-at-home rules.

Presidential Spokesman Harry Roque announced this in a public address aired on Tuesday, May 12, after a meeting of the Inter-Agency Task Force on Emerging Infectious Diseases (IATF-EID) on Monday on the ECQ in Metro Manila and other parts of the country, which will end on May 15.

President Rodrigo Duterte approved the IATF recommendation on the classification of quarantine levels. (The resolution can be found at the end of this article.)

Below are the classifications of quarantine after May 15:

What’s modified ECQ? Modified ECQ means there will be limited movement of people outside their houses, but just for essential work and obtaining essential goods.

Thus, there will also be limited public transportation just for such activities.

Some manufacturing and processing plants will also be allowed to open, but can only operate at 50% capacity. The specific type of industries will be finalized by the task force on Wednesday, May 13.

But even under this new quarantine classification, areas with coronavirus cases will remain under the original version of ECQ or the ECQ “as we know it,” said Roque.

What was the basis for classifying areas? The government uses two indicators as basis for the classification: case doubling time (how many times it takes positive cases to double) and critical care utilization rate (percentage of isolation beds, intensive care units, and ventilators used).

Metro Manila, Laguna, and Cebu City are considered high-risk because it is so far taking the coronavirus cases less than 7 days to double in these areas. Also, more than 70% of their critical care facilities are in use. Critical care facilities refers to isolation beds, ventilators, and intensive care units.

Meanwhile, moderate-risk places are those where the case doubling time is from 7 to 30 days. They have also utilized 30% to 70% of their critical care facilities.

Low-risk areas have a case doubling time of more than 30 days – meaning the virus is not spreading as fast. They’ve also utilized less than 30% of their critical care facilities.

Status of cases in high-risk areas. Metro Manila continues to have the highest number of coronavirus cases among all regions, with over 7,000 cases. Cebu City, however, became the city with the most cases after reporting 1,571 cases on Sunday, May 10.

On Saturday, Metro Manila mayors recommended that any quarantine measure after May 15 be imposed on the entire region uniformly. Some mayors had voted for the megacity to be downgraded to GCQ.